As it attempts to reopen economy, Armenia juggles stimulus plans

Businesses complain the plans do not address the scope of coronavirus-related economic damage. 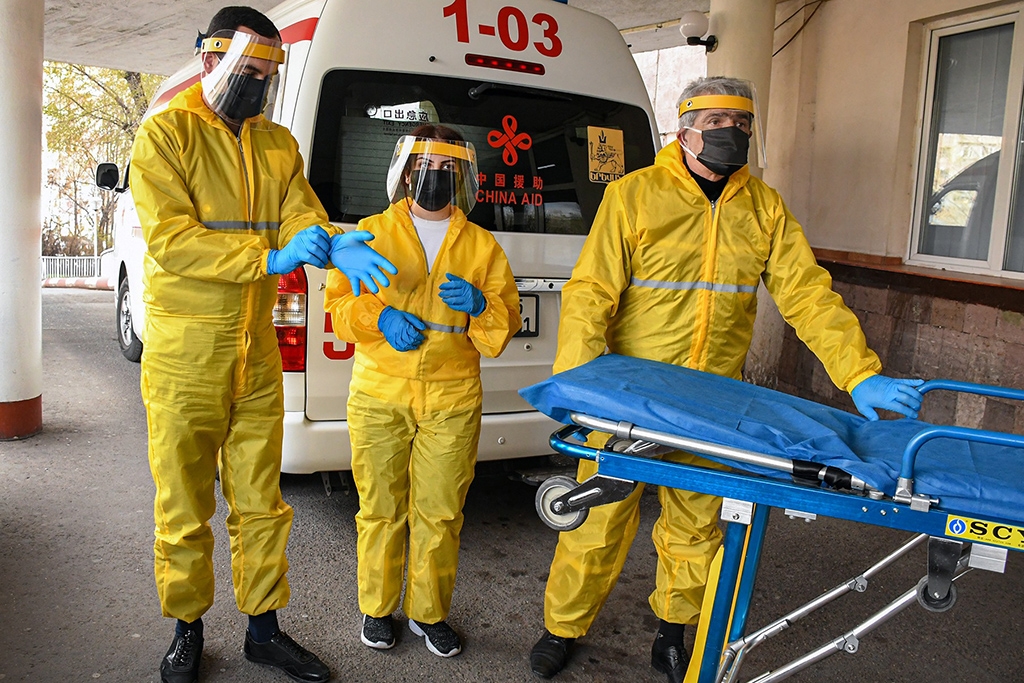 As the world ponders returning to work, Armenia has announced that some key industries – textile factories, mining, tobacco production and construction – will be allowed to reopen effective immediately.

Deputy Prime Minister Tigran Avinyan’s April 13 announcement came as the government extended the state of emergency for another month, until May 14, and days after Health Minister Arsen Torosyan warned that normal life may not resume for “one to two years.”

In a forecast this month, the World Bank predicted Armenia’s GDP growth to fall from 7.6 percent in 2019 to 1.7 percent this year and remittances from Russia, which equaled around 12 percent of output in 2018, to suffer.

Since the state of emergency began on March 16, the government has introduced 12 programs to support families and businesses reeling from the coronavirus lockdown. The dizzying menu includes one-time payments to parents of small children, subsidized utilities and loans, tax rebates, special dispensations for farmers, two-year interest-free loans for small businesses, grants to single parents, on-going payments for the unemployed, and more.

The average family will receive around $200 in total, the government says. As for businesses, according to the most recent figures published by the Economy Ministry, between March 29 and April 9 Yerevan had distributed 1.4 billion drams (about $2.9 million) in preferential loans to small companies.

Business owners describe these efforts to throw them a lifeline as a speck in a vast ocean of coronavirus-related need.

“The government gives us a loan to service other loans,” said Artush Yeghiazaryan, founder of Herbs and Honey, a beloved café in Gyumri, which he says he may have to close. “Currently we have less than $165 left in the company,” Yeghiazaryan told news website Civilnet.

The programs overlook a vast portion of the workforce because they do not address Armenia’s informal sector, which is thought to employ around 20 percent of workers.

In the April 13 parliamentary session, Avinyan called on workers in the gray economy to identify themselves to the State Revenue Committee, which would then develop a program to address their needs. He also told them not to worry: “The circle of those people [unregistered workers] is large. We will not go and arrest them all” for laboring in the shadow economy.

Labor and Social Affairs Minister Zaruhi Batoyan has acknowledged that the government’s efforts are a work in progress: “Of course, neither social [support to individuals] nor economic measures are enough to fully mitigate the situation. […] We clearly understand that more difficult times are to come. We have to create more long-term state programs.”

Illustrating how the government’s programs are in flux, on April 13 the government announced it would subsidize 50 percent of February gas and electricity bills for residents whose charges were less than $20 and $10, respectively. Social media users immediately griped that it is difficult to spend so little on utilities. Avinyan insisted there are 222,000 households that qualify for the program, but offered more the next day, announcing that the government would extend the subsidies upwards incrementally.