Kazakhstan just hosted a conference on global standards for primary healthcare. It has some catching up to do. 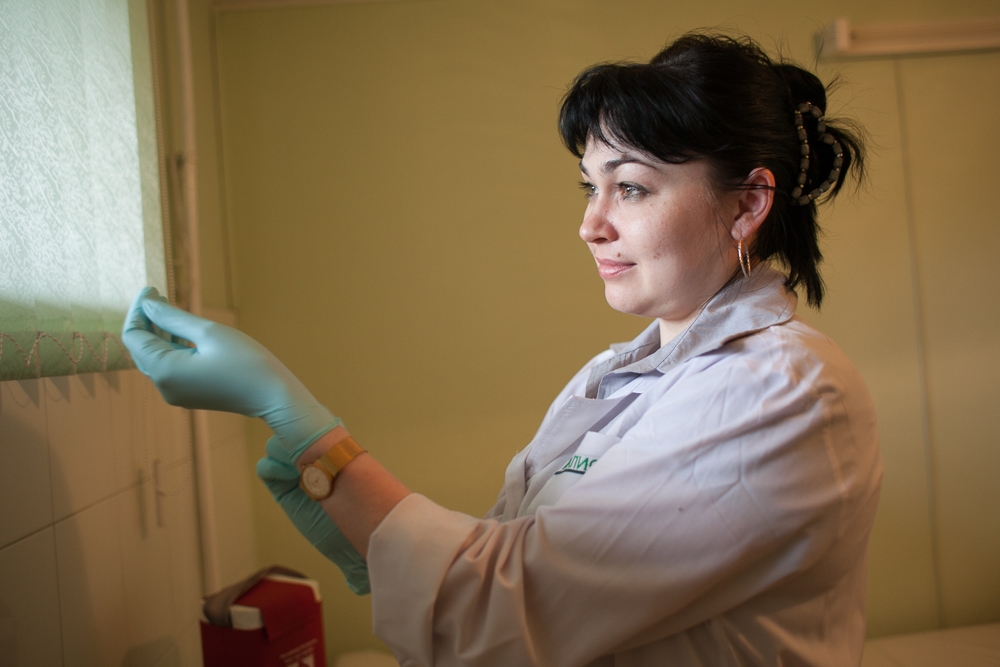 When one-month-old Bakytzhan Omarov developed a fever and a rasping wheeze last year, his anxious parents called the family doctor.

Unwilling to venture into the shocking winter cold of Astana, Kazakhstan’s capital, with their poorly newborn, they requested a home visit.

The doctor was reluctant to come, even though home visits in such cases are deemed a basic right in Kazakhstan’s health system, which provides free-of-charge care to all mothers and babies. It was only after the boy’s father, Asylbek, went to the clinic and insisted that the doctor relented.

The doctor dismissed the illness as a case of flu and wrote out a prescription. Then Bakytzhan’s condition deteriorated. His frantic parents rushed him to the hospital, where medics diagnosed him with pneumonia and placed him in intensive care.

“He was on the brink,” said Asylbek. “We nearly lost him.”

The Omarovs, whose real names have been withheld at the family’s request to preserve their privacy, said their on-call doctor has never seen their child. Under Health Ministry standards, though, she should have visited him at home within three days of his discharge from the maternity ward.

This very kind of predicament was at the heart of discussions last month in Bakytzhan’s hometown, Astana, where hundreds of delegates gathered for a major international conference to commit to new global standards for primary healthcare.

The selection of Astana as the venue for the Global Conference on Primary Health Care was symbolic. The first global agreement on primary care, which the World Health Organization describes as the provision of lifelong medical attention, prioritizing prevention as well as cure – “caring for people, rather than simply treating specific diseases or conditions” – was signed in 1978 in Alma-Ata, then the capital of Soviet Kazakhstan. On October 25, delegates updated that 40-year-old document with their commitment to the Astana Declaration.

While Kazakhstan has made impressive strides in recent years, officials freely admit it has some catching up to do.

A report published this year by the Organization for Economic Cooperation and Development (OECD) praised Astana for pushing healthcare up its policy agenda and enacting reforms to improve “accessibility, equity and efficiency.”

And yet, more than 4,000 children under the age of five still die every year. Forty percent of maternal mortalities occur in rural hospitals because of a lack of access to essential medical aid which leaves patients vulnerable to chronic diseases. Kazakhstan has boosted life expectancy, from 65 in 2000 to 72 today. But this is below the OECD average of 80.

This is where primary healthcare plays a crucial role.

After years of neglecting primary healthcare, the government is retuning its priorities, Almaz Sharman, president of the Academy of Preventive Medicine of Kazakhstan, told Eurasianet. The aim is to make primary healthcare the backbone of the system, Sharman said.

As the OECD report notes, it is hospitals that now serve as the cornerstone of healthcare delivery in Kazakhstan. This suggests an obvious problem – too many people are seeing a doctor too late.

This array of figures presents a landscape that goes against current conventional thinking.

“It is the family doctor who should have the […] overview of your health,” Juan Tello, head of the WHO’s Almaty-based European Center for Primary Health, told Eurasianet.

At the very least, family physicians are able, as advised in the OECD study, to help prevent or mitigate chronic conditions caused by poor lifestyle choices. Alcohol-related liver disease is one such problem in Kazakhstan.

Health Minister Yelzhan Birtanov says Kazakhstan is “on the same page as the Astana Declaration” when it comes to shifting the focus to primary care.

Outlining the government’s “new vision,” Birtanov spoke to reporters last month about the recruitment of more frontline medics and the localization of services to run smaller facilities in greater numbers.

That will be welcome news to a public wearied by doctor’s appointments that never seem to arrive.

“I wish there were more specialists and shorter lines,” Arna, an Astana accountant who declined to give her surname, told Eurasianet. “It’s a burden on the doctor, and we wait ages.”

The government is partly addressing the problem by throwing money at it.

Astana has pledged to ratchet up public-health outlays from the current 3 percent of gross domestic product – far below the OECD average of 8.9 percent – to 10 percent within five years.

One imminent outcome of this heightened attention to healthcare is the 20 percent pay raise promised to primary-care medics starting from 2019.

Salaries will remain low by Western standards, however. Frontline staff like nurses and junior doctors earn 50,000-70,000 tenge ($135-$190) per month, a medic working in western Kazakhstan told Eurasianet on condition of anonymity.

Several professionals who spoke to Eurasianet see the improvement of resource-management as an even more pressing goal.

“The most important thing is to use the financing correctly, not to fight fires and plug holes,” said Kanat Sukhanberdiyev, UNICEF’s health and nutrition officer in Kazakhstan.

Some other challenges are subtler and will require a change of culture. Medical staff in Kazakhstan are hogtied by the ever-present risk of being punished for incorrect decisions. Adjusting mindsets will help improve the process of learning through errors and ultimately deliver better results, Sukhanberdiyev said.

There is an inescapably political angle to all this. As the economy returns to expansion following a period of slower growth and sluggishness, the authorities are eager to be seen as spreading the fruits of prosperity.

The priority is to translate economic growth into changes that are tangible “in the real life of ordinary people – so quality education, affordable housing, quality healthcare,” Yerzhan Ashikbayev, deputy foreign minister, told Eurasianet at the conference.

“People may not care what the growth rate is, 3 or 5 percent, but they do care when they see real changes,” Ashikbayev said.

As for Bakytzhan Omarov, he is now a healthy toddler and his parents are grateful to the hospital that treated him. But they expect the government to live up to its promises.

“They saved his life,” his father said. “But even after we came back home, the [family] doctor was supposed to come to check [...] because she has to check on all the newborn babies in her area. But she didn’t come at all.”

Joanna Lillis is a journalist based in Almaty and author of Dark Shadows: Inside the Secret World of Kazakhstan (2018).