News websites came under attack on the eve of the demonstration. 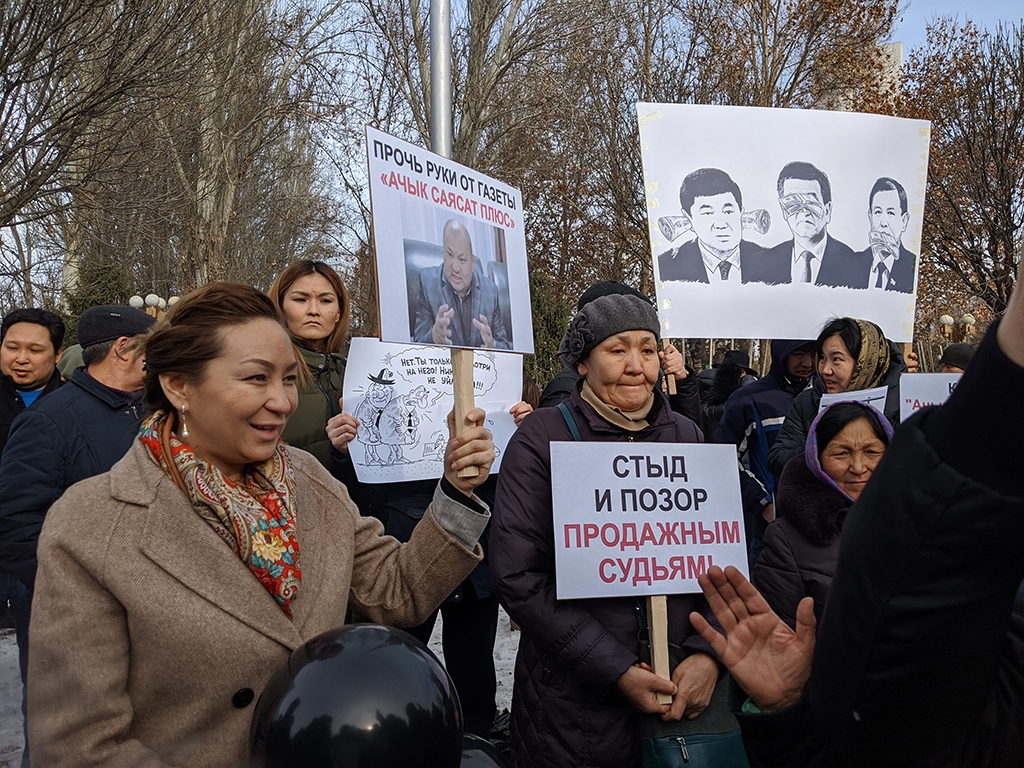 Hundreds of people braved chilly weather to come onto the main square in Kyrgyzstan’s capital on December 18 in a fresh protest over rampant corruption and in a sign of solidarity with media outlets facing lawsuits for their efforts to highlight the problem.

One day earlier, more than a half dozen local news websites that jointly published a report documenting the suspicious wealth of a former top customs officials were knocked offline by what digital security specialists described as a denial of service attack. Several outlets remained inaccessible even as the demonstration was unfolding.

This rally was the second of its kind to take place in the last month. The demonstration that took place outside Bishkek’s White House on November 25 came on the heels of an investigation by the Organized Crime and Corruption Reporting Project, or OCCRP, in cooperation with RFE/RL’s Kyrgyz service and Bishkek-based news website Kloop. The report dwelled in detail on previously vague allegations about the ways in which customs service officials have turned a blind eye, or profited, as multibillion-dollar smuggling operations have defrauded the Kyrgyz state of vast amounts of revenue.

“I am annoyed that the government just remains silent,” said Maksat Ablykasym uulu, a businessman who attended the rally. “It is clear that they are all mixed up in this. Actions like these are only positive. These are not like the demonstrations we used to have in 2005 and 2010. They are unfolding in a civilized manner.”

The main target of the investigation that sparked it, former deputy head of the Customs Service, Rayimbek Matraimov, took a more active stance, however.

Earlier this month Matraimov filed lawsuits to seek damages of $850,000 from news websites 24.kg and Kloop.kg, RFE/RL’s Kyrgyz service, which is known as Radio Azattyk, and Azattyk reporter Ali Toktakunov. 24.kg was singled out for republishing a report that named Matraimov as the lynchpin of a major smuggling and money-laundering operation. A Bishkek court initially ruled to freeze the accounts of the outlets, but that decision was later revoked at Matraimov’s behest amid a surge of indignation at the sense that the authorities are helping crush reporting on corruption.

“One of the main things this country has achieved is freedom of speech,” said Cholpon Dzhakupova, a former lawmaker and head of the Adilet legal aid clinic. “Any attack on freedom of speech will be followed not just by demonstrations. We will also provide those outlets with help and legal support.”

The December 18 demonstration was, like the one that occurred a month earlier, pointedly non-partisan, and no speakers were invited to address the crowd. Attendees instead brought placards and chanted slogans such as “freedom of speech” and “freedom to Azattyk, Kloop and 24.kg.” 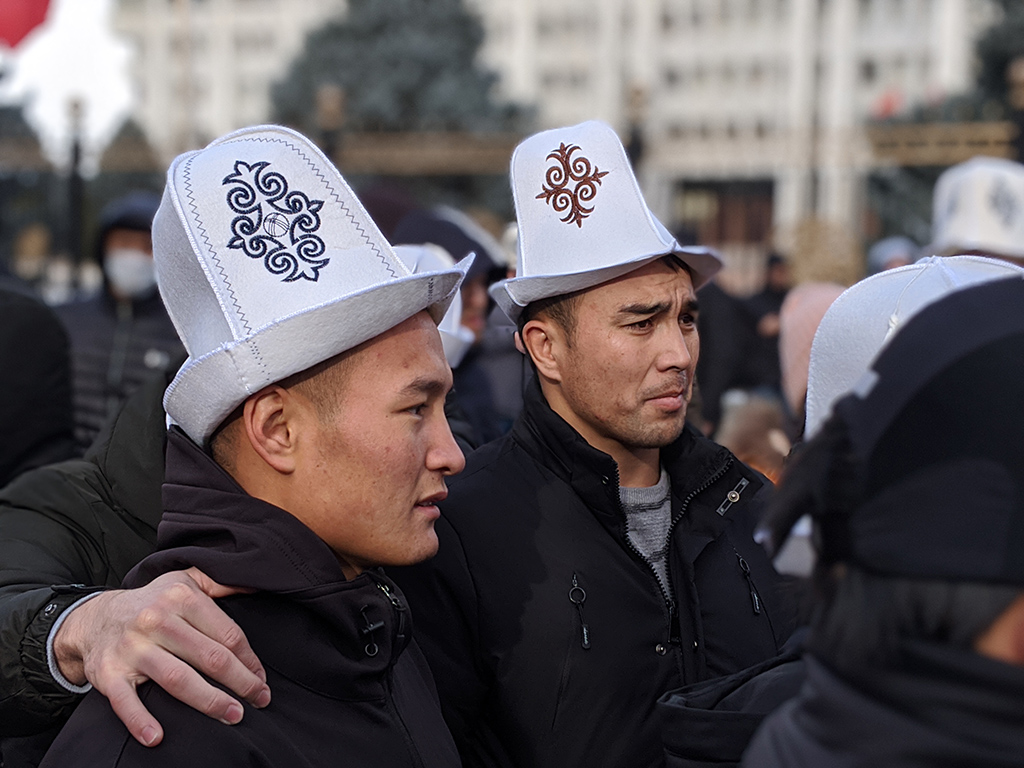 The protest proceeded largely without incident, although participants reported that a group of a few dozen men dressed in traditional ak kalpak hats at one stage turned up brandishing Kyrgyz flags in an apparent attempt to provoke a confrontation. People in that group reportedly accused the rally participants of acting on instructions from the U.S. government, a common refrain lobbed at civil society activists across the former Soviet space.

Police intervened to separate the two sides, avoiding an escalation of tensions. That triggered chants of “the police are with the people.”

Largely faceless online trolls sought in the run-up to the demonstration to whip up negative sentiments against organizers by implying that that they were acting either at the behest of Western governments or that they were covertly seeking to promote an LGBT rights agenda. That latter implication is seemingly intended to play on the increasingly strong homophobic sentiments that have taken root in Kyrgyzstan in the past few years.

Shirin Aitmatova, a former lawmaker and leading light in the movement to pressure the government into initiating a thorough investigation into Matraimov, wrote on Twitter that she was accosted at the rally by an unknown person who sought to pose for a photo with her while holding up a rainbow flag.

Azis Toktobayev, who is studying in the United States and is in Bishkek for his vacation, said that this time he wants to see a reaction from the government.

“Yesterday at midday, seven news websites were blocked,” said Toktobayev. “That did not happen by chance. These days, people have access to information, and they are trying to block it. This is a major assault on democracy in this country.”