Karabagh is much smaller than Azerbaijan’s flagship developments. 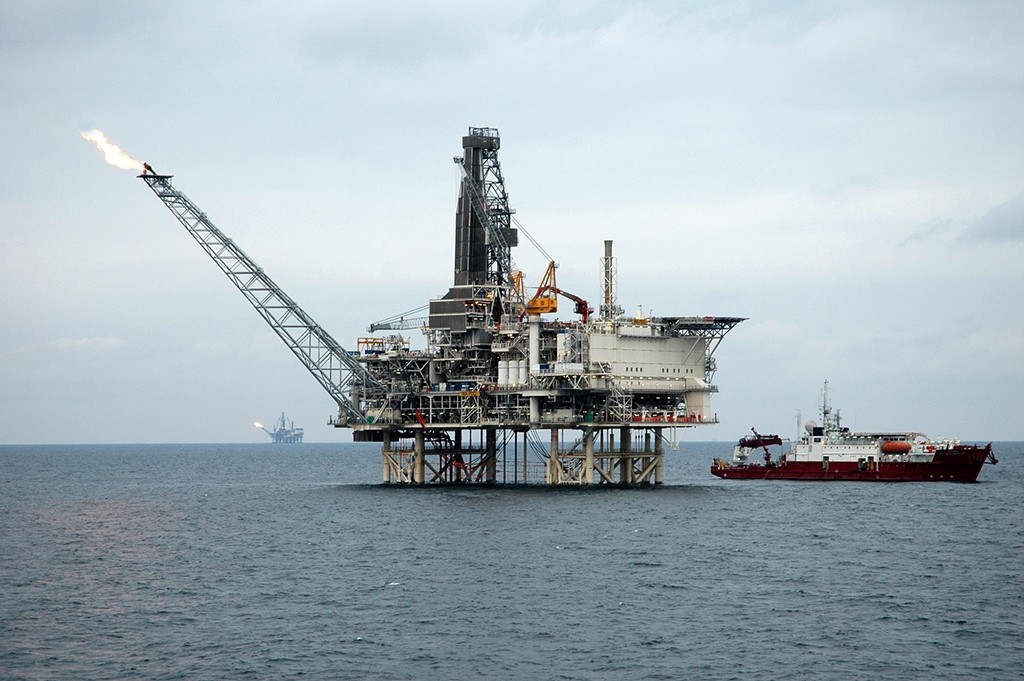 An existing project in the Caspian Sea (Photo: SOCAR)

Azerbaijan says it has proven an oil deposit in the Caspian Sea is commercially viable, offering a small psychological boost as the country’s oil-based economy wilts under international price shocks.

The state oil company, SOCAR, said in a March 19 press release that the Karabagh field some 100 kilometers offshore holds more than 60 million tons of crude (about 410 million barrels).

The price of oil has fallen dramatically this month, battered both by the global coronavirus contraction as well as a Russian-Saudi price war.

Oil and gas account for over 90 percent of Azerbaijan’s exports. To balance its budget, Baku needs oil to sell above $53 per barrel. This week industry analysts feared a barrel could soon hit $10. The international Brent crude benchmark closed around $26 on March 19.

Though SOCAR says the “development of the Karabagh field will significantly contribute to Azerbaijan’s oil incomes,” it is unclear at what price the field would be economical. At 3.4 kilometers beneath the sea, Karabagh is deeper than most of the Azeri-Chirag-Gunashli (ACG) mega field – which has cost at least $36 billion to develop – but holds only about 8 percent as much oil.

Previous estimates for Karabagh put its reserves higher, at around 100 million barrels.

The first seismic study confirming a deposit at this location was conducted by Soviet geologists in 1959, SOCAR said. A production sharing agreement to explore the field in the late 1990s ended without a commercial discovery.

In 2018, SOCAR and Norway’s Equinor (formerly Statoil) signed a risk sharing contract to appraise and develop the site. Each holds an equal share. Equinor also has a 7.27 percent interest in ACG. Equinor has made no announcement about the development, suggesting SOCAR had rushed the news.

That year, the five Caspian littoral states signed a landmark agreement intended to settle long-running disputes over the sea’s vast hydrocarbon reserves. The agreement left some ambiguities about the size of each country’s sector, however: five equal portions or segments based on the length of each shoreline.