The church said it is taking its time in formulating a response to the schism, while senior ecclesiastical officials have come out on both sides of the conflict. 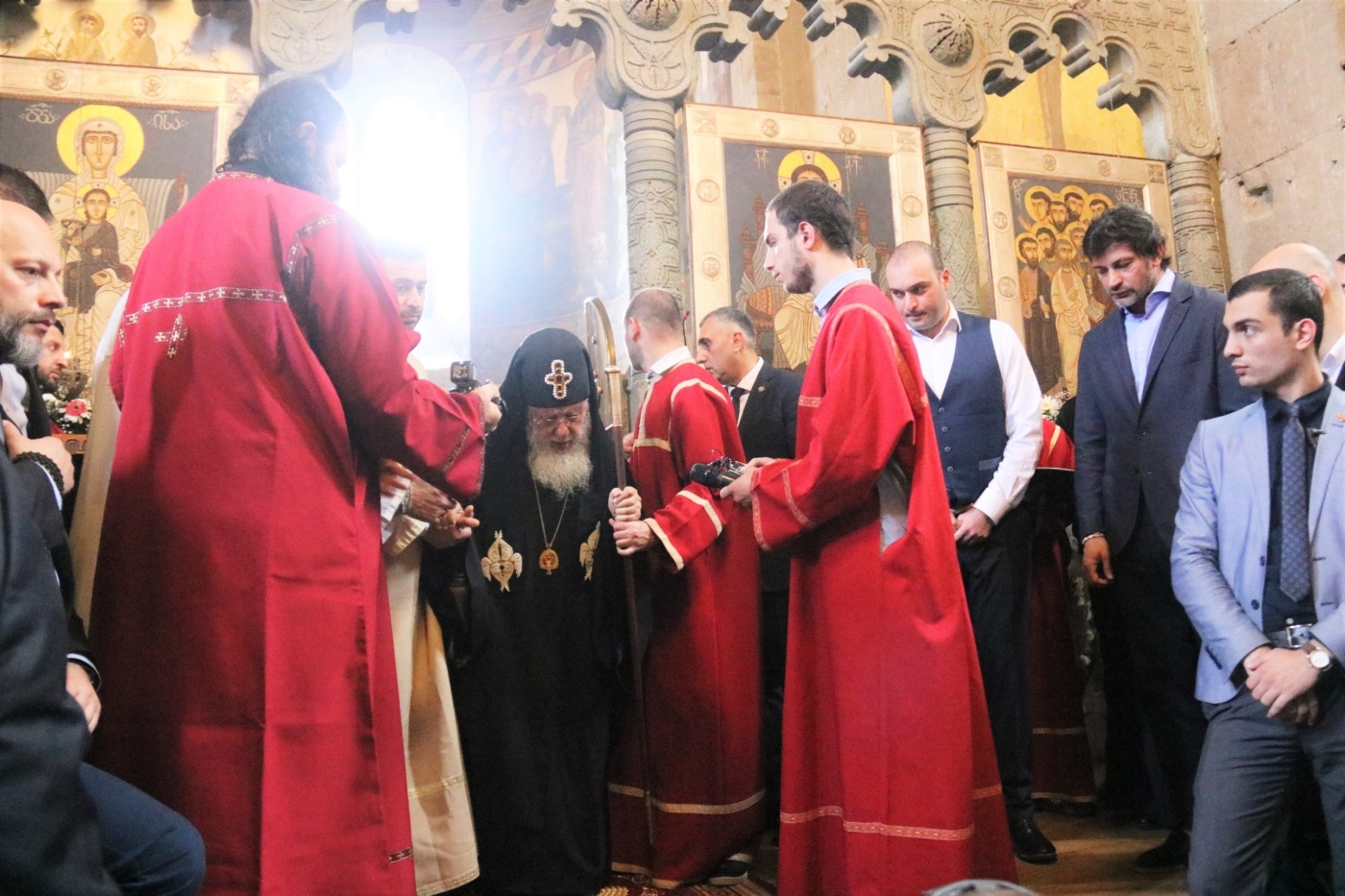 Georgian Patriarch Ilia II, center, at a worship service on October 14. Ilia and the church are being forced to take sides in a dispute between the Ukrainian and Russian Orthodox Churches. (photo: patriarchate.ge)

As the Orthodox world is bracing for its biggest schism in a millennium over a dispute between Russia and Ukraine, the Georgian Orthodox Church is weighing its response.

On October 15, the Russian Orthodox Church announced that it is cutting ties with the Constantinople Patriarchate, following the latter's declaration of support for an independent Ukrainian church. The rift threatens a larger conflict within the Orthodox world, as other national churches – Greek, Serbian, Bulgarian, and Georgian, among others – are being forced to take sides.

Thus far, the Georgian church – the most pro-Russia institution in a heavily anti-Russian country – is keeping quiet.

The lobbying on both sides has been strong. “They [the Georgians] must support us because we are Orthodox Christians – as are they. I don’t see a reason why we shouldn’t be together. Russia attacked both Georgia and Ukraine. We equally suffer and we must pray together. We believe that the Georgian church will join us in this prayer,” Ukrainian Patriarch Filaret told TV channel Rustavi 2.

The chairman of Ukraine's parliament, Andriy Parubiy, visited Tbilisi on October 5, and met with Georgian Patriarch Ilia II. Afterwards, he said he had gotten Ilia's blessing for Ukraine's attempt to break free of the Russian church. “We had a long conversation about the path of autocephaly. He [Patriarch Ilia II] says that this is not an easy path, but he hopes that this path will be passed, and the decision will be positive,” Parubiy said.

Some Georgian church officials have come out in favor of Ukraine. “Ukraine is a big country, and of course it has the right to demand autocephaly,” said one influential official, Chorepiscopus Yakob. “But if the Ukrainian church is granted autocephaly, the process could continue in a domino effect.”

But another senior official, Mitropolit Alania, deferred to the Russian church: “First, the mother church should recognize the autocephaly of the Ukrainian church,” he said. “In this case this is the Russian church. If it recognizes it, then of course the rest of churches will recognize it as well.”

“The Georgian church does not remember that it was enslaved in the same way by the Russian Empire, at first through the church, and later through the KGB. The patriarchate is betraying the biblical principle of ‘do unto others as you would have them do unto you’,” Mindiashvili said.