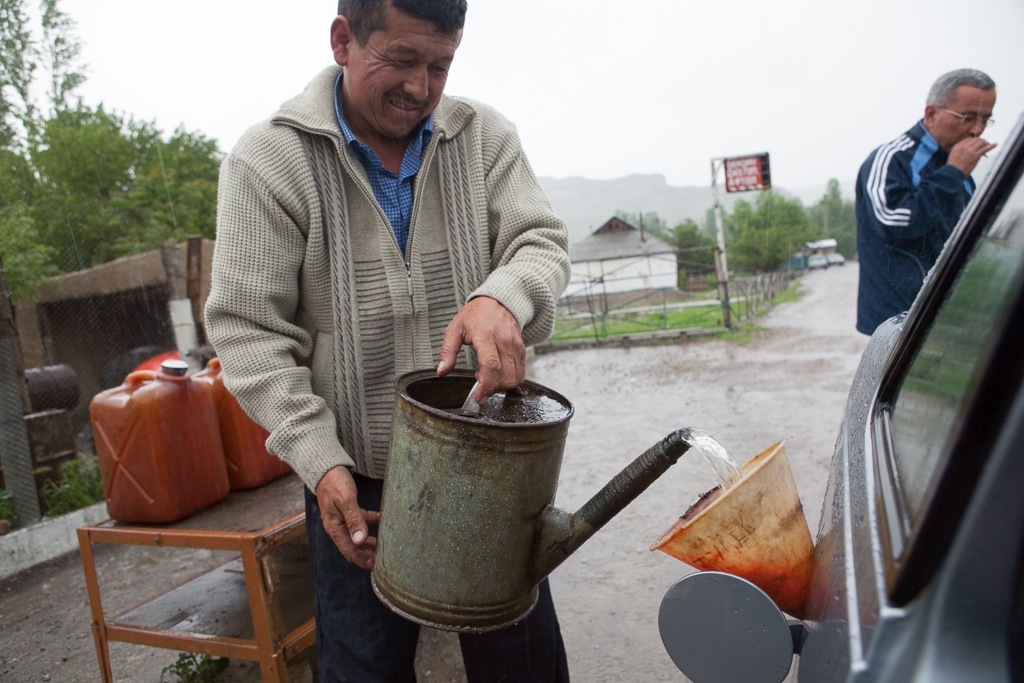 For many poor families in Central Asia, Russia’s distant war in Ukraine could spell financial disaster.

A sanctions-related slump in Russia is translating into a collapse in the remittances sent home by labor migrants, which keep food on the table for many households in Kyrgyzstan, Tajikistan and Uzbekistan.

As Russia starts to lose its luster as the prime destination for migrants from Central Asia, which had nearly 8 million there according to a World Bank count in 2020, they are being wooed by an unlikely alternative.

This spring farms in the United Kingdom have been welcoming workers from Central Asia to pick produce and fill Brexit-related labor shortages, the BBC reported this week.

One farm has employed 45 laborers from Tajikistan to pick fruit, along with workers from other countries such as Nepal and Indonesia.

Workers from the European Union used to fill those seasonal jobs, before the UK voted to exit the EU and thus removed the automatic right of citizens from member states to work in Britain.

Many Ukrainians filled the gap until the war intervened, according to the BBC.

The opportunity to get in on the action has not passed unnoticed in Kyrgyzstan, where the government in March signed an agreement with an international agricultural sector recruitment company to send workers to Britain.

The openings were heavily oversubscribed, with 7,000 applications received for the 1,000 jobs on offer.

Recruiting from Eastern European and former Soviet states including Kyrgyzstan, Kazakhstan, Tajikistan and Uzbekistan, the company, Agri-HR, now has a Kyrgyz language page and a telephone number in Kyrgyzstan for would-be recruits to call.

The UK’s recruitment program also looks attractive for Uzbekistan, whose government has previously set the goal of diversifying labor migration destinations to reduce reliance on Russia.

Last year, Uzbekistan received 56 percent of its remittances from Russia, according to World Bank data.

For Kyrgyzstan and Tajikistan the total was much higher, at 82 percent and 76 percent respectively.

Those two countries are also far more reliant on remittances than Uzbekistan, with its larger, more diversified economy.

Remittances were equivalent to around a third of GDP in Kyrgyzstan and Tajikistan last year, the World Bank says. For Uzbekistan, the figure was 13 percent.

Earlier this month a visiting UN rapporteur urged the Kyrgyz government to wean its economy off this reliance on migrants and their remittances, saying it has caused a “human capital flight crisis, which may ultimately harm the country’s development prospects.”

The World Bank’s forecast of drastic drops in remittances to Central Asia this year, against the backdrop of the war in Ukraine and the economic fallout for Russia, highlight the risks of countries relying on this cash sent home by migrants.

Remittances to Uzbekistan will fall by 21 percent, to Tajikistan by 22 percent and to Kyrgyzstan by 32 percent, the World Bank predicts. (Kyrgyzstan’s central bank offers a more optimistic forecast, of a 20 percent drop.)

The number of Central Asians heading to the UK to pick fruit and vegetables may be a drop in the ocean for now.

But as Russia continues waging war on Ukraine and its economy faces an uncertain outlook, all alternative destinations are welcome.