As Tajikistan squeezes US broadcaster, Washington looks the other way

Five of RFE/RL's Tajik service reporters are being deprived of accreditation. 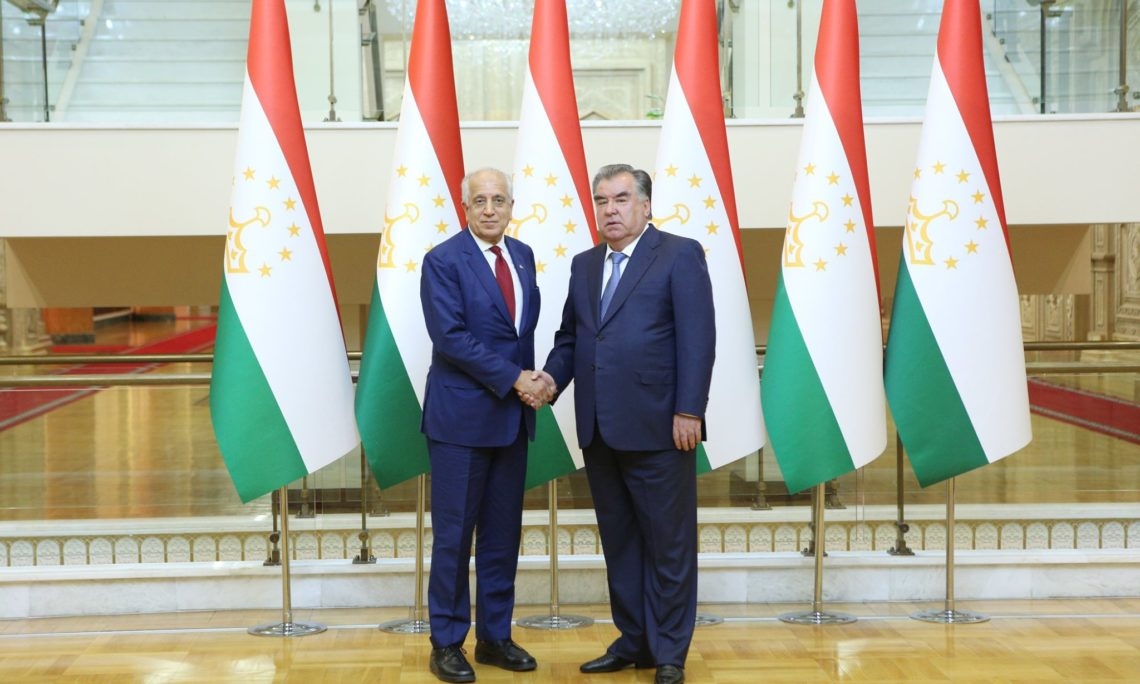 U.S.-funded Radio Free Europe/Radio Liberty, or RFE/RL, says a correspondent for its Tajikistan service has been stripped of journalistic accreditation in what the broadcaster has called “a brazen example of the government’s efforts to control the independent press.”

RFE/RL said in a statement on June 26 that its representatives were summoned to the Foreign Ministry in Dushanbe this week and chided for their reporting on an opposition party that was banned in 2015. An official in the ministry’s press department then seized the press card of video journalist Barotali Nazarov.

This incident has again illustrated the arduous conditions faced in Tajikistan by independent media, which has been persecuted almost entirely into extinction. An investigation by Eurasianet published earlier this year revealed how RFE/RL’s Tajik service, which is known locally as Radio Ozodi, has for some years adopted an unspoken policy of omitting references to the Islamic Renaissance Party of Tajikistan, or IRPT, which is deemed an extremist group by Dushanbe, in deference to the government and in violation of the broadcaster’s core mandate. The U.S. government does not share Tajikistan’s assessment of the IRPT.

In the wake of the self-censorship reports by Eurasianet and others, RFE/RL pledged to remedy shortcomings. By increasing the attention it reserves for voices critical of the Tajik government, however, Ozodi has attracted more pressure from the authorities.

Critics of U.S. government policy, meanwhile, argue that Washington has tacitly abetted Tajikistan’s harsh policy of censorship by soft-pedaling the human rights and democracy-promotion dimension of its relationship with Dushanbe in favor of dialogue on security, particularly with concern to neighboring Afghanistan.

As if to lend weight to that thesis, the U.S. Special Representative for Afghanistan, Zalmay Khalilzad, visited Tajikistan on June 28 to meet President Emomali Rahmon, Interior Minister Ramazon Rahimzoda and the head of the State Committee for National Security, Saymumin Yatimov. In his capacity as head of the security services, Yatimov has played a particularly central role in the suppression of fundamental freedoms in Tajikistan.

RFE/RL said that Nazarov is the fifth reporter in its Dushanbe bureau to have been denied accreditation by the Foreign Ministry.

“The other four are awaiting the renewal of their credentials, which, according to Tajik law, must be approved by the ministry on a yearly basis; one has been awaiting his extension since 2017,” the broadcaster said in its statement.

Doing journalism in Tajikistan without accreditation leaves reporters open to potential sanction and harassment. Without the document, correspondents are often excluded from attending official events, severely limiting the scope of the work they are able to do.

The media freedoms representative at the Organization for Security and Cooperation in Europe, Harlem Désir, issued a statement on June 27 condemning the withdrawal of Nazarov’s accreditation.

“It is of great concern that a journalist working for a critical outlet is denied press accreditation. Accreditation should not serve as a tool to control content or restrict the flow of information,” Désir said.

In the same statement, Désir expressed concern over what he said was the campaign of intimidation being waged against the relatives of independent journalist Humayra Bakhtiyar, who was forced to flee Tajikistan in 2016. The OSCE media rights representative cited reports alleging that Tajik officials have been attempting to pressure Bakhtiyar into returning to her home country.

“Humayra is a courageous journalist and has been a regular participant in the work of my office on safety of female journalists. Journalists and their family members must be free from intimidation and reprisals for pursuing their work,” Désir said.