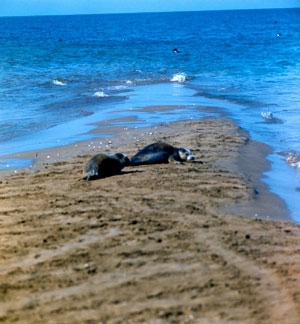 The Turkmen government is furious again this week at Russian media attacks questioning Ashgabat's ability to extract and deliver its considerable gas reserves and ship them through pipelines yet to be constructed to Europe. The tensions with the Kremlin have been brewing for awhile, but this week's denunciations from the Turkmen Ministry of Foreign Affairs and other agencies lets us know the situation is becoming a crisis for Ashgabat. While expressing "bewilderment" at Russia's "counterproductive" claims and delivering resounding rebuttals, the Turkmen leadership still doesn't quite make it clear what its commitments will in fact be to the long-stalled Nabucco pipeline to skirt Russian energy corridors, or to the more immediately-relevant Trans Caspian pipeline to deliver Turkmen gas to Azerbaijan.

The hold-ups on these projects aren't new -- Turkmenistan still hasn't demarcated disputed Caspian Sea borders with Azerbaijan and is only at the discussion level with the EU about a tri-partite agreement to build the Trans Caspian pipeline and ship its gas.

Yet by stating these obvious obstacles aloud, Russian experts are perceived by the Turkmen government as trying to throw a wrench in the works out of petulance and spite, now that yes, indeed, Ashgabat seems to be moving to end any lingering dependency on Russia.

In a major editorial in the semi-official turkmenistan.ru, Daria Popova, likely a pseudonym for the Turkmen Foreign Ministry, noted that the British firm Gaffney, Cline & Associates had competed the second phase of their independent audit of Turkmenistan's gas deposits and announced that they were even larger than previously estimated -- 26.2 trillion cubic meters of gas, or, as Jim Gillett, the business development manager for Gaffney, Cline put it, "actually a guarantee of Turkmenistan's natural gas supplies in any amount to current and prospective gas pipelines."

Some observers have questioned whether the study, inevitably relying on state-controlled Turkmen engineers in a closed society at certain points, regardless of British expertise, could be valid; Russian commentators in particular have doubted the bona fides.

Now a Russian expert Sergei Pravosudov, director of the Institute for National Energy, writing for the daily Russian online news site Nezavisimaya gazeta, raises a different issue rather than questioning Gaffney, Cline head on. He compares the deposits at the largest reserves in the Southern Yolotan field to the Astrakhan reserves in Russia, and says that the gas in Turkmenistan is very far below ground -- more than four kilometers -- and very much contaminated with sulfur and other elements. Turkmenistan would have to first drill to reach the gas, then invest in a powerful refinery to remove the sulfhur, and sites a McKinsey study saying the extraction cost for Southern Yolotan would be one of the highest in the world. He makes another comparison with Russia's Shtokman field in the Barents Sea, and cites the great costs for extraction there.

Popova discounts the implication that foreigners won't be able to afford the development costs, citing companies in South Korea, China and the United Arab Emirates which signed contracts worth US $ 9.7 billion to develop Southern Yoloten.

Ashgabat also wheels out its own Russian engineering expert, Igor Prikhodko, working for the Oil and Gas Institute of the state company Turkmengaz. Prikhodko produced an article titled "In the Distorting Mirror of A Dull-Witted and Distant Press” refuting Pravosudov's claims:

The content of hydrogen sulfide in the Astrakhan field is several times higher than in the Turkmen field. If the development of the Astrakhan field was originally designed to extract sulfur (i.e. gas is produced as a secondary product), the Turkmen field by its nature is a repository of such high quality hydrocarbons that specialists regard the associated contaminants as secondary.

Prikhodko says the small amounts of hydrogen sulfide aren't an obstacle, and that 30 billion cubic meters of gas are planned for production -- but doesn’t get into specifics about what investment might be expected from the EU, or whether the existing developers are enough.

Popova also takes some swipes at other Russian objections to the Trans Caspian. She rightly calls out Russia’s sudden seizure of ecological concern about the Trans Caspian pipeline as insincere, given lack of such worries about similar Russian pipelines in the Baltic and Black Seas. Are they any less salty, she asks -- and invokves the BP disaster in the Gulf of Mexico for good measure.

As for the demarcation issue, she rejects the Russian claim that only the five Caspian littoral states can collectively make decisions about borders, and notes that Russia, Azerbaijan and Kazakhstan already made their own divisions in the central and norther sectors of the Caspian Sea -- and Turkmenistan and Azerbaijan should have the same rights to solve their division bilaterally.

Popova then notes that the "gas pipeline war" coincided with an "anti-Turkmen information campaign" in the Russia media, citing accounts of pressure put on dual passport holders and dismissals of Turkmen government officials with Russian passports, and even a chrono-tm.org article that described how fair-haired people (likely Russians) were being removed from large parades of people rehearsing now for the 20th anniversary as they supposedly "stuck out" too much.

With only the biased Russian press to provide an alternative take on Turkmenistan at times, it's hard to know what information to trust. Yet the campaign against dual passport holders has been documented by human rights groups, and the Turkmen government doesn't hide it. Popova justifies Ashgabat's action by countering that Moscow would hardly admit to its own civil service persons with a foreign citizenship.