At American Military Exercises In Ukraine, Azerbaijan and Georgia In; Armenia Out 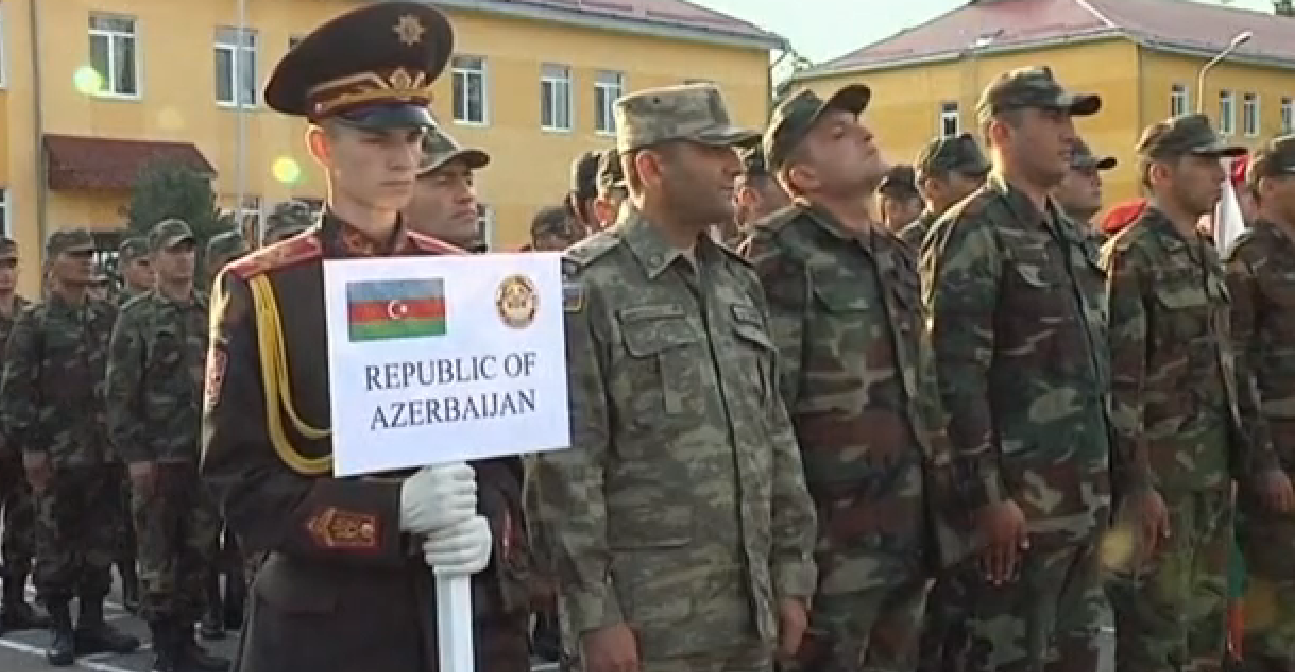 Screen shot of video of the opening ceremony of the Rapid Trident 2014 U.S.-led military exercises in western Ukraine.

Georgia and Azerbaijan are among the participants at U.S.-organized military exercises now underway in western Ukraine, while Armenia -- which was originally scheduled to take part -- is absent.

The exercises, Rapid Trident, have been held every year since 1995 and this year involve about 1,300 soldiers and are being held in Yavoriv, in Lviv province. Obviously this year's exercises are being held under very different circumstances than previous iterations have been. And naturally they are being seen by the Kremlin as yet another way in which the U.S. and its European partners are carrying out an anti-Russian agenda using Ukraine as a proxy.

For Bug Pit readers, the most interesting element of Rapid Trident 2014 is the participation of the South Caucasus states. Armenia, Azerbaijan, and Georgia have all taken part in previous versions of the exercise. Unsurprisingly, given its firm pro-West, anti-Russia stance, Georgia has taken part again, sending a platoon to Ukraine for the drills.

Also unsurprisingly, Armenia is not taking part. As a member of the Collective Security Treaty Organization, the Russia-led post-Soviet military bloc, it would be awkward if Armenian troops were training alongside NATO forces. (Interestingly, though, as late as March Armenia was still being listed as among the scheduled participants in Rapid Trident 2014; apparently they changed their minds between then and now.)

The most interesting choice was Azerbaijan's. Baku has been trying to walk a tightrope between Russia and the West, an effort that has been made even more difficult by the Ukraine crisis. Azerbaijan did send a contingent to Ukraine, but it has not been highly publicized. There don't seem to have been any news stories in the Azerbaijani media about the exercise (though there was a small notice on the Minsitry of Defense website).

The other participants in Rapid Trident 2014, in addition to the U.S. and Ukraine, are Bulgaria, Canada, Germany, Great Britain, Latvia, Lithuania, Moldova, Norway, Poland, Romania, and Spain. The exercises are scheduled from Sept. 15-26.