Attacks on Armenia highlight ongoing disputes over “corridor” for Azerbaijan

Tension between the two sides has been exacerbated by continuing disagreement of the nature of a road that would connect the two parts of Azerbaijan through Armenian territory. 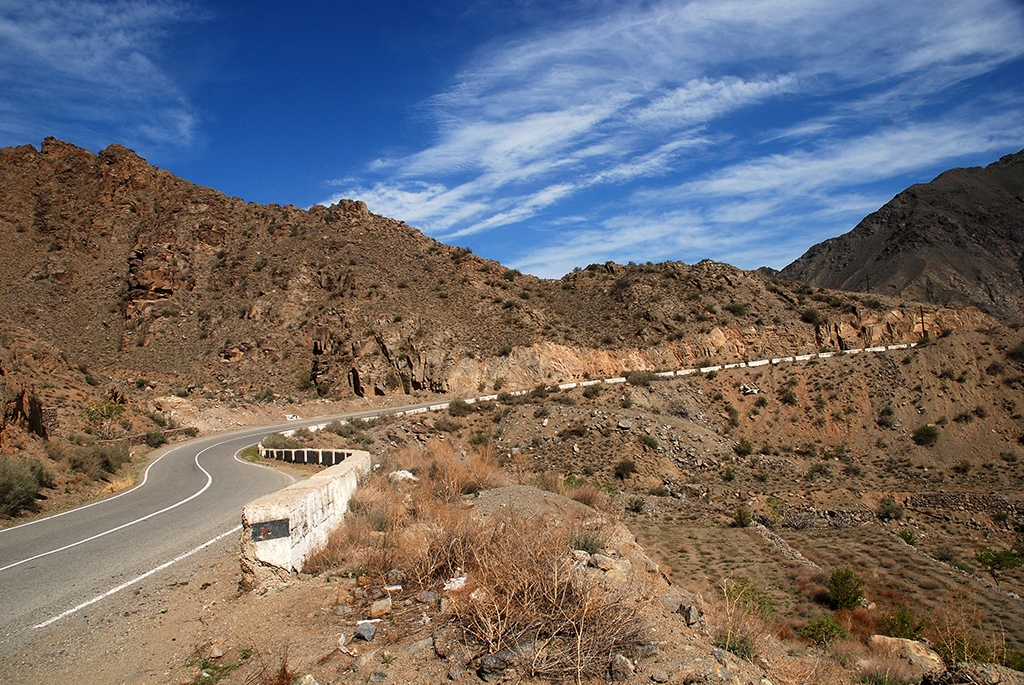 When Azerbaijan launched a series of unprecedented attacks against targets inside southern Armenia this week, speculation immediately jumped to what Baku calls the “Zangezur Corridor.”

The road project has become one of the most contentious issues between Armenia and Azerbaijan since their war in 2020, with Baku regularly accusing Armenia of shirking its obligations to set up the transportation route, which would connect Azerbaijan’s exclave of Nakhchivan with the rest of the country, through southern Armenia.

Azerbaijan President Ilham Aliyev has even threatened that if Armenia doesn’t give Baku what it wants, Azerbaijan will take the land for the corridor by force. So when news spread of the attacks, overnight on September 13, many on each side speculated that Azerbaijan was making good on those threats.

While the escalation – which the Armenian leader on September 14 said had killed 105 people – appears to have abated for now, Azerbaijani government and pro-government sources continue to use the negotiations over the corridor as grounds for the attacks. A statement from Azerbaijan’s Foreign Ministry justifying the offensive accused Armenia of “putting forward new conditions and disrupting the process of opening of communications and transport routes.”

Days before, Armenian Prime Minister Nikol Pashinyan had reiterated that Armenia would not allow Azerbaijan to have a “corridor” through Armenian territory.

“Azerbaijan is talking about a corridor. But I want to say very clearly that we are not going to give anyone a corridor through Armenian territory,” Pashinyan said at a conference in Russia on September 8. “But we will offer and open a road and are ready to do that at any moment. We also gave these proposals to Azerbaijan, as soon as Azerbaijan accepts, we will be able to very quickly implement this agreement.”

The new border crossings would allow Azerbaijani vehicles to travel between the country’s mainland and Nakhchivan. That could, in theory, meet one of the key conditions of the 2020 ceasefire agreement that ended the war: that “Armenia shall guarantee the security of transport connections” between Nakhchivan and the rest of Azerbaijan through its territory.

Azerbaijan, though, has maintained a single-minded focus on how it believes the transport connections should be implemented: a road along the southern border of Armenia through the town of Meghri, the shortest distance between Nakhchivan and the rest of Azerbaijan, where the two sides have already agreed to reconstruct a Soviet-era railroad.

“It has already been determined that both the railway and the highway will pass through Meghri and Zangezur,” Azerbaijan President Ilham Aliyev said in May. “So we are achieving this, as I said we would. So we are dictating the agenda.”

Beyond the question of the route, the two sides are divided over the legal status of the road or roads. According to the ceasefire agreement, the new transport communications should be “controlled” by Russian border guards. Azerbaijan argues that the route should allow Azerbaijani vehicles to cross Armenian territory without being subject to customs checks from the Armenian side. That would make it comparable in status to the Lachin Corridor, the road connecting Armenia and Nagorno-Karabakh through Azerbaijani territory over which Azerbaijan exercises no control.

But Armenia rejects the prospect of a “Zangezur Corridor” over which it has no jurisdiction, fearing that it would lose control over its southern border, its only outlet to Iran.

“The wording about the so-called corridor is unacceptable for us, and this is a red line for us, because in our region, according to the trilateral statement, we have one corridor, and this is the Lachin corridor,” Pashinyan said in an interview with Al Jazeera on June 14.

“Yerevan wants to separate the railway communication, which is actually agreed upon, from the roads,” analyst Armine Margaryan, told Eurasianet. “Armenia is offering its own internal roads in order to prevent Baku from considering these communications in one package and demanding a special mode of operation for them, comparable in status to the Lachin Corridor.”

Azerbaijan does not, however, appear to have been swayed by the Armenian offer. Officials have not commented on it, and in an analysis on the website Zerkalo.az, transportation expert Rauf Agamirzaev said that it didn’t meet Baku’s demands. “Azerbaijan is for opening all transport communications in the region, but its priority is the Zangezur Corridor – and it is not in Armenia’s plans,” he said.

Other Azerbaijani analysts have argued that if Armenia refuses to allow a “corridor” to Nakhchivan, then Baku will insist on the same arrangements being applied to the Lachin Corridor.

The idea of the Zangezur Corridor has alarmed Iran, which appears to fear the cutoff of its border with Armenia and a broader encirclement by unfriendly Turkey and Azerbaijan. Iran’s supreme leader Ayatollah Ali Khamenei has criticized the plan, and that may give Armenia more confidence that it can push back against the Zangezur Corridor.

“Armenia argues that it can not give up its transportation connections with Iran, otherwise it may lose its border with Iran and that would be a major blow to Armenia’s sovereignty,” Iran expert Georgi Mirzabekyan told Eurasianet.

Another key player in the process is Russia, the guarantor of the ceasefire agreement. It has consistently been in favor of opening up communications in the Caucasus, and has an even greater interest now that its links west to Europe are being closed down as a result of the war in Ukraine.

“After the war in Ukraine, when air, land and sea communications between Russia and Europe have been suspended, Moscow is strongly interested in opening communications through Armenia in order to obtain additional routes of communication with Turkey,” Olesya Vartanyan, an analyst at the think tank International Crisis Group, told Eurasianet. “In this regard, it can be assumed that Russia may put pressure on Yerevan in this matter. But on the other hand, this is the opportunity that Yerevan can use to increase its importance in the eyes of Russia, so that it can somehow help it come to an agreement with Baku.”

Russia has an additional interest in the outcome, given that it is supposed to be the security guarantor of the new route, said Sergey Markedonov, a Caucasus analyst at the Moscow State Institute of International Relations of the Russian Foreign Ministry. Given that the ceasefire agreement provisions on transportation is “only general contours, without specifics,” there are inevitably going to be varying interpretations. For Russia, though, the most important thing is its role as a security provider. “That is precisely what Russia is going to push for, for itself as a guarantor,” he told Eurasianet.

Aram Sargsyan, a Pashinyan ally and head of the Hanrapetutyun Party, agreed that Russia has its own interests in making sure some kind of road gets established. “In this way it will control two vital corridors at once – connecting Armenia with Karabakh and Azerbaijan with Nakhichevan – thereby increasing these countries’ dependence on it,” he told Eurasianet.