The acquisition also complicates Yerevan's relations with Belarus, which is a treaty ally of Armenia but sold the weapons to its enemy, Azerbaijan. 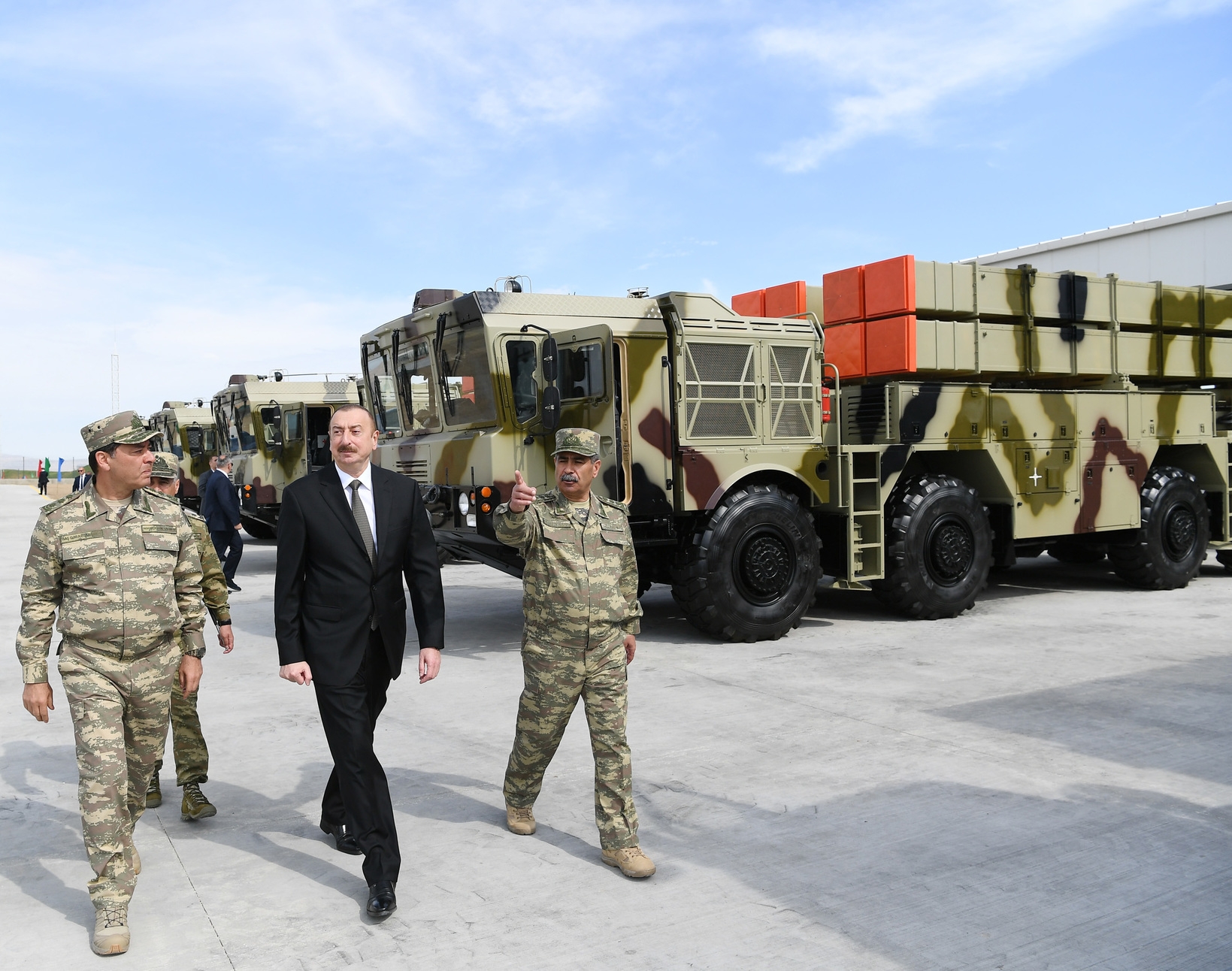 Azerbaijan has displayed new missiles it has bought from Belarus and Israel, the latest escalation in the arms race between it and Armenia.

The new weapons – the Belarusian Polonez multiple-launch rocket system and the Israeli LORA tactical ballistic missile system – were rolled out on June 11. Azerbaijan President Ilham Aliyev visited a new missile unit, which is equipped with both the Polonez and LORA. Official photos showed him sitting behind the wheel of the truck-mounted Polonez.

Azerbaijan's interest in the Polonez has been known for some time; Defense Minister Zakir Hasanov visited Minsk last year and was photographed next to a Polonez system. It was later reported that Armenia – a treaty ally with Belarus in the Collective Security Treaty Organization (CSTO) – managed to block the sale. But in April, the Russian newspaper Kommersant reported that the deal had gone through. Now it's been confirmed.

The LORA is more of a surprise, as Azerbaijan's interest in it had not been previously reported. Azerbaijani news site haqqin.az called the dual acquisitions “sensational news.”

Both weapons act as a response of sorts to Armenia's 2016 acquisition of Iskander missiles, which gave Yerevan an unprecedented capability to strike targets deep in Azerbaijani territory. While the Polonez and LORA aren't exactly comparable to the Iskander, they nevertheless give Azerbaijan an analogous ability to strike deep in Armenian territory: the LORA reportedly has a 300-kilometer range and the Polonez, 200 kilometers. The version of the Iskander that Armenia has has a range of about 280 kilometers.

All this raises the specter of a much deadlier war should full-scale conflict erupt some day between the two states, which remain locked in a simmering conflict over the disputed territory of Nagorno-Karabakh.

“Armenian soldiers and politicians regularly threaten Iskander strikes on strategic objects of the oil industry of Azerbaijan, including near Baku. Now Azerbaijan has weapons with which Baku can carry out destructive counterstrikes against any military target not only in the occupied territories in Karabakh, but also in Armenia,” Azerbaijani military analyst Azada Isazade told the website Caucasian Knot.

“Considering that Belarus is a friendly nation, participates with us in many multilateral formats and has treaty obligations toward us, it's insulting that Belarus would sell weapons to a state in conflict with us,” said Ruben Rubinyan, a deputy Armenian foreign minister, in response to Azerbaijan's acquisitions. “And we will, as before, and in the future, raise these issues in the corresponding manner. I think it's not entirely logical, considering the friendly alliance between Armenia and Belarus.”

As such, the Belarus-Armenia tension is a sort of miniature version of the Russian practice of selling Azerbaijan weapons while maintaining a strategic relationship with (and offering military aid to) Armenia.

Belarusian analyst Valeriy Karbalevich explained the deal by pointing out that cash means a lot more than anything in the CSTO.

“Azerbaijan has money, petrodollars, and they're ready to pay,” he told the news website naviny.by. “And in general, the CSTO is a very strange alliance. It was created only to demonstrate loyalty to Russia, and there are practically no common geopolitical interests between Belarus and Armenia, Kyrgyzstan, Kazakhstan, and Tajikistan [the other members of the CSTO]. And several of the allies quite actively cooperate with NATO. So this alliance is feeble.”

As it happened, the same day Aliyev showed off the missiles, the CSTO held a meeting of foreign ministers in Kazakhstan. One can expect that the acquisition was part of the discussion.