Azerbaijan and BP Cement Ties Through 2050 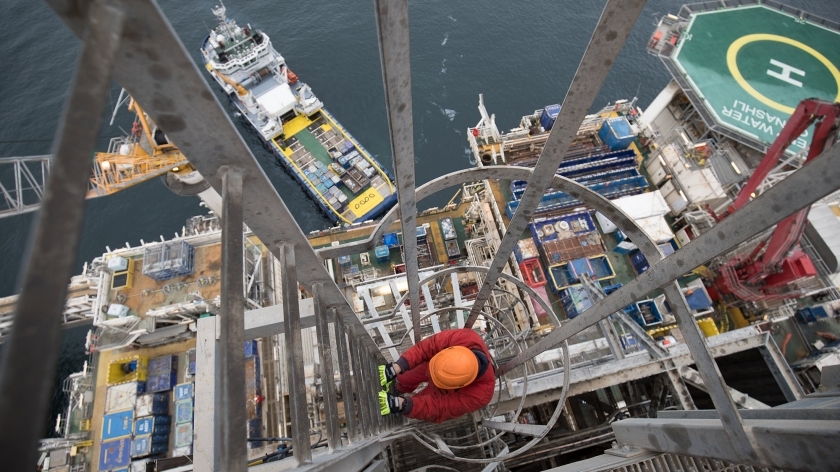 The BP-operated Deepwater Guneshli platform, in the Caspian Sea. Azerbaijan and BP have signed a production-sharing agreement through 2050 to develop the area's energy. (photo: BP)

The government of Azerbaijan signed a new production sharing agreement (PSA) with the consortium operating the Azeri-Chirag-Deepwater Gunashli oil field in the Caspian. The new deal gives Baku a much larger stake in the field and establishes Azerbaijan's economic ties to Europe for decades to come.

The agreement, signed September 14, has taken five years to negotiate and runs until 2050. It sees Azerbaijan's state oil company Socar increase its stake in the field from 11.65 percent to 25 percent, with stakes held by its eight international partners falling proportionally.

The field's operator, BP, now holds 30.37 percent and the other seven partners under ten percent each.

The international partners also agreed to pay a "bonus" of $3.6 billion into Azerbaijan's State Oil Fund and to further investment in the field which in the short term could see the addition of a seventh production platform and as much as $40 billion invested over the lifetime of the agreement.

The new agreement "is of crucial importance for Azerbaijan`s future development," said Aliyev, who took to twitter to celebrate the accomplishment. "Today Azerbaijan is recognized in the world as a country, which stands on its feet and has broad international relations, and as an influential country."

Although at the time dubbed "the contract of the century", the terms of the 1994 agreement reflected the conditions of the time, with oil prices falling, Azerbaijan having just emerged from a civil war, and offshore production in the Caspian sea a new and risky area of investment.
ACG reserves at the time were estimated at only around 511 million million tons.

Now with Azerbaijan having developed significantly on the back of the $125 billion profit earned from ACG, Caspian investment being no longer viewed as risky, and estimates of ACG reserves having been doubled, Baku has been in a strong enough position to negotiate considerably better terms for the next phase of operation.

Production from ACG is currently running at around 585,000 barrels per day of crude which is exported to global markets through the Baku-Tbilisi-Ceyhan oil line, down from a peak of 835,000 barrels per day in 2010. That could rise again with further investment, however.

Gas production is running at around 33 million cubic meters per day, mostly consumed locally but with talks underway for future gas production to be fed into state oil producer SOCAR's TANAP gas export line. That pipeline is now being constructed to carry gas from Azerbaijan's Shah Deniz gas field through Turkey to Europe.

Further talks are anticipated over "deep gas" reserves in the field, below the oil and gas layer currently being exploited.

This deep gas layer is through to contain a further 200 billion cubic meters of gas which could also be fed into TANAP and exported to Europe.

Azeri officials have indicated that development of this deep gas reserve would need to be subject to a third production sharing agreement but have not indicated when they expect talks to commence or when the field could be developed.

Developing the ACG deep gas field would help Azerbaijan to fill the 15 billion cubic meters per year of available capacity in TANAP, without having to resort to accepting gas from other potential suppliers such as Iran or the Kurdistan region of Iraq, both of which have expressed interest in using TANAP as a means of exporting gas to Europe.