Azerbaijan and the EU: Bogged Down in Acrimony 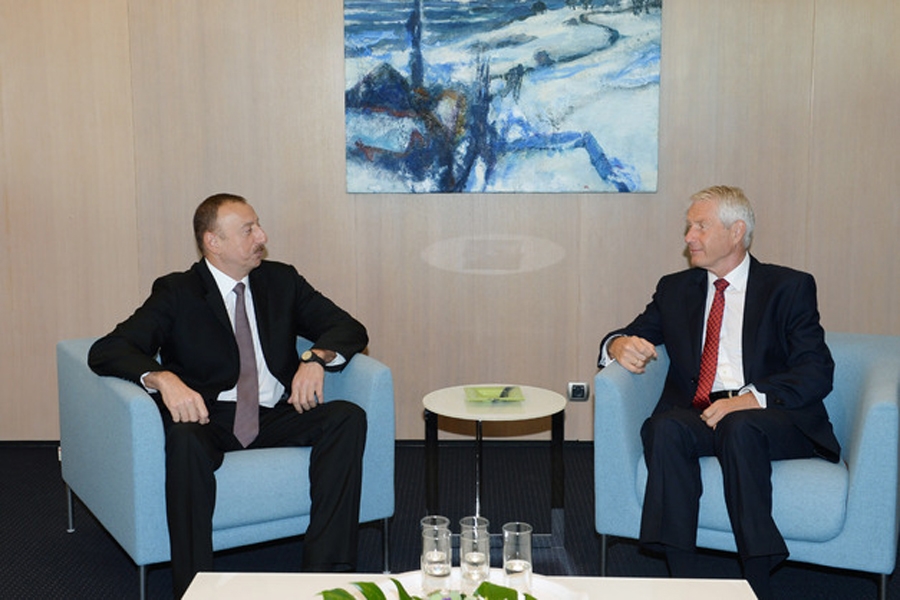 Relations between the European Union and Azerbaijan are taking a nose-dive, highlighting a gap in expectations.

Long-simmering tension boiled over in late November when Martin Schulz, the president of the European Parliament, lauded Leyla Yunus, an Azerbaijani rights activist. Speaking at a November 26 award ceremony in which the annual Sakharov Prize was given to a Congolese gynaecologist, Schulz characterized Yunus, a finalist for the prize, as a political prisoner and praised her “struggle for dignity and justice.”

Yunus is currently in custody in Azerbaijan and faces charges of treason and financial irregularities. Her supporters contend that her determined criticism of the government’s continuing crackdown on freedom of speech was the cause for her arrest. Schulz’s swipe at the Azerbaijani government’s rights practices came just a few months after the European Parliament adopted a resolution condemning the crackdown in Azerbaijan, and calling for the immediate release of political prisoners.

Baku wasted no time in reacting to Schulz’s speech. The Foreign Ministry protested what it said in a statement was "interference in the judicial process" of Azerbaijan. Meanwhile, Novruz Mammadov, a foreign affairs advisor to President Ilham Aliyev, unleashed a personal attack against Schulz, in effect telling the European Parliament president to mind his own business. Pro-government news websites proceeded to pile on Schulz.

The increasingly acrimonious exchanges are driven in part by differing ideas in Brussels and Baku about the nature of the relationship. A decade ago, when the EU launched it European Neighbourhood Policy, Brussels expected participants, including Azerbaijan, to gradually embrace EU standards covering basic individual rights, and that assumption has not really changed. Azerbaijan, on the other hand, has very different expectations. Officials in Baku believe their country’s self-perceived status as an important energy supplier and security partner for the West gives them the ability to selectively engage the EU economically and diplomatically. Thus, Azerbaijan feels it can export energy to the EU without having to adopt Western standards of democracy and human rights. Beyond the rights issue, Azerbaijani officials are increasingly disenchanted with the EU’s perceived lack of support for Azerbaijan’s territorial integrity in the Nagorno-Karabakh peace process.

In recent years, the EU-Azerbaijani relationship has been aggravated by a growing securitization of the political environment in Azerbaijan, a trend driven in part by wariness in Baku about the intentions of the country’s main neighbors, Russia and Iran. A newer consideration is government fears of a Euromaidan-like movement spreading to Baku. It has reached a point that any independent socio-political activism is now viewed by Azerbaijani leaders as a national security threat.

While Azerbaijani authorities may have reasons to be concerned about Russian and Iranian meddling, the inescapable fact is that most political prisoners in Azerbaijan today are not suspected Russian or Iranian agents, but pro-Western secular liberals. At the same time, state-controlled media regularly attack countries seen as major exporters of Western values, namely the United States and Germany.

It is easy to imagine that EU-Azerbaijani acrimony will escalate, and as it does, EU calls for sanctions against Azerbaijani officials involved in repressions against civil activists will grow louder. It is worth noting the European Parliament’s resolution on September 18 mentioned the possibility of sanctions. Even so, the adoption of such penalties seems unlikely for the moment, given the strong energy ties currently binding some EU member states to Azerbaijan.

The near future does not bode well for the EU-Azerbaijani relations. Ultimately, both sides may settle for a purely transactional relationship, cooperating in selected areas of mutual interest, especially in the energy sector, but eschewing any pretence of shared values. It would be the type of relationship that the EU has with Saudi Arabia. The difference, of course, is that Saudi Arabia enjoys a firm security alliance with the United States. And in the absence of such solid ties with the West, it is difficult to say who would come to Baku’s assistance, if Russia were to become aggressive again in the South Caucasus.