Emboldened by Russia’s setbacks in Ukraine, Baku is trying to reduce Moscow’s role in the peace process. 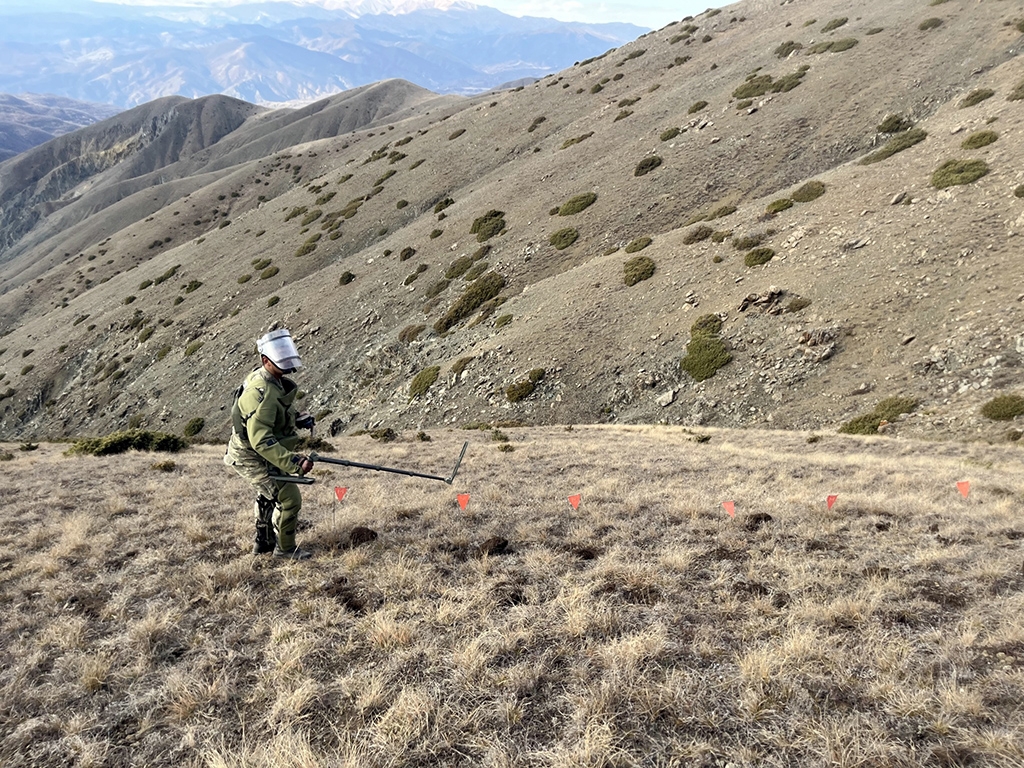 Baku is loudly criticizing the Russian peacekeepers in Karabakh, correcting the Russian Defense Ministry daily for using Armenian names to describe villages and towns in the territory.

Every day for the last week, Baku has issued a formal protest at the Russians’ use of “fictitious Armenian toponyms.” Russia has invariably used Armenian-names since it set up a peacekeeping contingent in Karabakh following a 44-day war in 2020 that claimed thousands of Armenian and Azerbaijani lives.

The latest remonstrations began on November 25 in response to a Russian statement the day before accusing Azerbaijan of violating the ceasefire.

Rejecting the accusation, Azerbaijan’s Defense Ministry blasted Russia for saying that the alleged violation occurred near “Magavuz,” an Armenian name for Chardagli. The Ministry wrote Chardagli in all capital letters.

“Azerbaijan has repeatedly appealed [to Russia] regarding the use of these names in official information. However, unfortunately, the names of Azerbaijani settlements are mentioned with fictitious Armenian toponyms in the official information of the peacekeeping contingent of the Russian Federation,” the statement read, adding that Baku had provided Russian troops with a map of Karabakh’s settlements and a list of their Azerbaijani names.

“We call on the command of the Russian peacekeeping contingent temporarily stationed in Azerbaijan to correctly indicate the toponyms of settlements on the territory of the country in the relevant information and seriously suppress all provocative actions of illegal Armenian military formations,” the statement concluded.

Karabakh is internationally recognized as belonging to Azerbaijan. Armenian troops have controlled most of the territory since a war in the early 1990s. In recent weeks, fiery rhetoric and regular clashes have increased fears that Baku may seek to close the Lachin Corridor, the only connection from Armenia to Karabakh; the road is manned by the Russian peacekeepers.

Complaints from Baku have followed every Russian statement since November 24, including over what to call the territory. Baku has insisted since shortly following the 2020 war that it is no longer called Nagorno-Karabakh, a Russian-language holdover from Soviet times, but simply just Karabakh.

“Karabakh with its flat and mountainous parts is an integral part of Azerbaijan. The Armenian people live in one part of it,” President Ilham Aliyev said in early 2021.

“We express regret for the disdainful attitude of the Russian Federation’s peacekeeping contingent towards our appeals. We reiterate that the mention of settlements’ names in the territory of the Republic of Azerbaijan by fictitious Armenian toponyms, including the usage of the ‘Nagorno-Karabakh territory’ expression, is INADMISSIBLE,” the Defense Ministry stressed on December 1.

Baku’s strident complaints underscore how Moscow’s influence in the South Caucasus has dwindled as Russian troops struggle in Ukraine. With Moscow distracted – and unable to come to treaty-ally Armenia’s aid when Azerbaijani troops seized territory in September – Azerbaijan feels emboldened.

“The Russians, who squeezed themselves into our country under the name of peacekeepers, do not even care about [Azerbaijani statements],” Hasrat wrote November 30 on his website Bayraqdar Media. “It seems that these Russians do not intend to understand human language.”

He called on Baku to drop Russian suffixes from family names, which are still common, close Russian-language classes and start using Turkic names for places in Russia.

Caliber.az, a news site connected to the Defense Ministry, headlined a December 2 article, “Do we need such ‘peacekeepers’ in Karabakh?”

“By constantly […] presenting historical Azerbaijani toponyms on their maps with fictitious Armenian names, the peacekeepers violate neutrality, prolong the hostile situation and, most importantly, lose the trust of the Azerbaijani people,” journalist Huseyn Safarov wrote.

Alili believes Russia is “undertaking a divider role” because it ultimately is only interested in gaining leverage, for example by assuming a part in delimiting the Armenia-Azerbaijan border and connecting Azerbaijan to its Nakhchivan exclave through Armenian territory.

“And official Baku is not taking these Russian intentions pleasantly,” Alili told Eurasianet.