While it would be wrong to start pointing fingers and formulating conspiracy theories, clearly the risks are many and real. 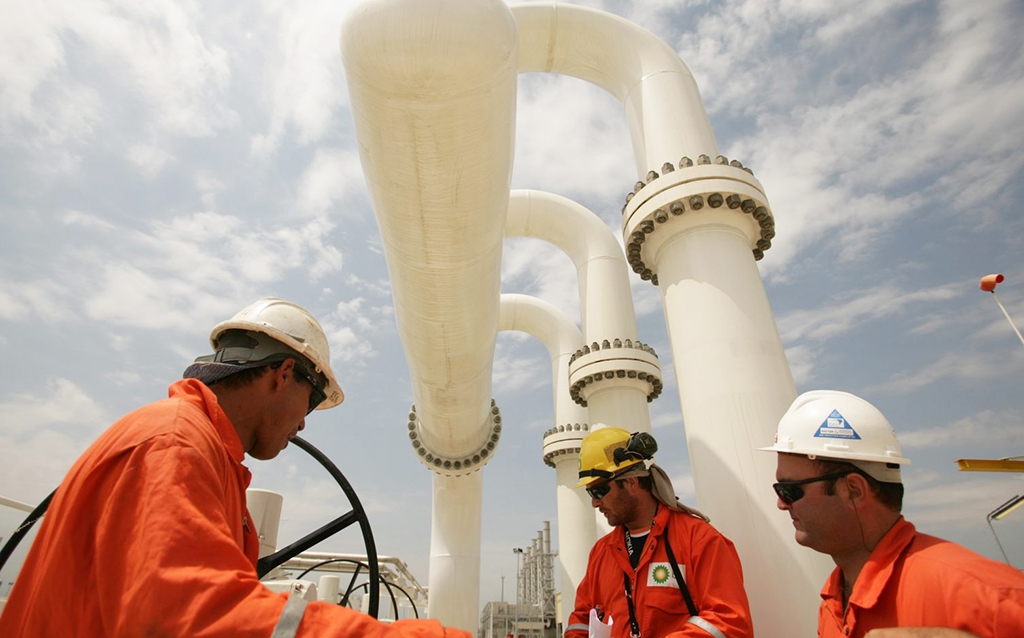 While Yerevan has denied the allegations, describing them as "ridiculous" and "imaginary," the claims highlight wider risks posed by the conflict over the disputed Nagorno-Karabakh region.

That risk extends beyond Azerbaijan's hydrocarbon infrastructure and broader economy – which is heavily dependent on oil and gas exports – to its immediate neighbors Georgia and Turkey, which depend heavily on Azerbaijani energy supplies for both urban heating and power generation. They also stand to be hurt by the loss of transit fees for oil and gas passing through on the way to other markets.

The possible impacts of any pipeline attack are reverberating in the European Union, which is set to open a new pipeline across the Adriatic Sea later this year after decades of planning. Azerbaijani crude, too, is traded into global markets, meaning that any disruption could affect international benchmark prices.

Amid competing claims and narratives about the war, which resumed on September 27 with the worst fighting since a 1994 ceasefire, it's not immediately clear exactly who stands to benefit or lose from interfering with the delicate network of transnational pipelines and international trading relations.

While the conflict is notionally between Armenia and Azerbaijan, it also involves Turkey, which has supplied weapons and is alleged to have transited Syrian mercenaries to Azerbaijan, and Russia, the traditionally dominant regional player and Armenian military ally, which has affected a studious silence. Iran also borders both protagonists and is struggling to remain neutral.

While it would be wrong to start pointing fingers and formulating conspiracy theories, clearly the risks are many and real.

A quick glance at a map of the region’s pipelines highlights the problem.

Azerbaijan's two main export pipelines – the Baku-Tbilisi-Ceyhan oil pipeline (BTC) and the South Caucasus gas pipeline (SCP) – both constructed in the early 2000s, along with the Baku-Supsa oil pipeline (constructed in the late 1990s), all pass into Georgia through the same narrow corridor of land, a region that some pro-Azerbaijan commentators have nicknamed the “Ganja Gap,” after Azerbaijan’s second city.

The area is close to the fighting. Armenian forces have struck Ganja with rockets several times over the last week as Azerbaijan has shelled Stepanakert, the de facto capital of Karabakh. Hundreds of civilians are feared dead on both sides.

Broadly speaking, the immediate loser in any conflict will be Azerbaijan. Oil and gas account for around 80 percent of the country's goods exports and a staggering 37 percent of total GDP.

Pipelines severed by explosions can be repaired quickly. In Turkey, where both oil and gas pipelines have been sabotaged dozens of times by Kurdish rebels, closures have rarely lasted longer than a week. Baku can surely depend on Turkish assistance, should it be required.

But with Azerbaijan’s economy already under sustained pressure due to the sharp fall in oil prices this year, any loss of revenue, however short, would have implications for a regime facing political unrest at home.

Beyond Azerbaijan, the impact of any cut in oil exports through the BTC and Baku-Supsa lines would be less serious, causing Georgia and Turkey to lose transit revenues but not significantly impacting global markets. "Oil markets are well supplied and can readily adapt to make up 700,000 barrels per day of Azeri exports," wrote Julian Bowden Senior visiting research fellow for the Oxford Institute of Energy Studies on October 8.

On the other hand, any cut in gas exports would be more serious for Georgia and Turkey, especially if it came during the peak mid-winter demand, and more so if the coming winter proves to be a cold one.

"Georgia relies heavily on Azeri gas for both heating and power generation," regional energy analyst John Roberts of the Atlantic Council told Eurasianet. While Georgia has infrastructure to import gas from Russia, turning to its archrival would be politically sensitive in Tbilisi, especially since Moscow has in the past threatened gas cutoffs in periods of mutual tensions.

More serious would be the impact on Turkey, which has two import contracts for Azerbaijani gas totaling 12.6 billion cubic meters (bcm) a year, equivalent to almost 30 percent of demand.

Ankara has succeeded in diversifying its sources of gas import in recent years, and now has five separate terminals for importing liquid natural gas (LNG) by ship – with a sixth under development – allowing it to take advantage of historically low global LNG prices.

That cheap LNG has allowed Ankara to slash imports of Russian gas, potentially in breach of its import contracts, which together total 30 bcm/year (equivalent to 70 percent of Turkish gas demand last year), while maintaining gas imports from Azerbaijan and Turkey's other pipeline supplier, Iran, at contracted levels.

"Ankara has made no secret of the fact that it has reduced imports of Russian gas in order to pressure Moscow into improving the terms of its contracts," explained Roberts.

To date Moscow has said little about the reduced imports, probably mindful that Turkey’s contracts are winding down: 8 bcm/year of Turkey’s contracted imports from Russia expire next year; a further 16 bcm/year ends in 2025. So playing hardball with Ankara is unlikely to work in Moscow’s favor.

"That's a clear rationale as to why Moscow will not seek to antagonize Ankara unnecessarily,” said Roberts, stressing that while it may be tempting to see Russia as being behind any attempts to sever Azerbaijan's export pipelines, it wouldn't necessarily work in Moscow's favor in the longer term.

Even so, in the chaotic current conflict, it would be premature to suggest that no such attack could happen, either by design or accident.

Both Azerbaijan and Russia are competing for export markets beyond Turkey.

This past January Russia's Gazprom commissioned a new 15.75 bcm/year export pipeline running across the Black Sea and through Turkey to Bulgaria, from where it plans to transit gas to southeast Europe.

Azerbaijan, meanwhile, will later this year commission the 10 bcm/year Trans Adriatic Pipeline (TAP) through Greece and Albania and across the Adriatic to Italy, where it will feed into European pipeline networks.

TAP is the final section of the "Southern Gas Corridor," a route the European Union has planned for two decades to import gas from the massive reserves of the Caspian Sea and provide an alternative to Russian gas, while potentially eating into Moscow's markets.

Baku remains upbeat that TAP can be commissioned as planned.

"Neither the export volume, nor the schedule for TAP commissioning has changed so far. We have modelled possible scenarios and taken all necessary precautions in order to prevent or reduce damage in case of another attack," said Ibrahim Ahmadov, spokesman for Azerbaijan's state oil company SOCAR, which is a major shareholder in the TAP pipeline.

And even if a pipeline attack succeeded in temporarily halting Azerbaijani gas exports, any impact felt in Europe would likely be minimal.

"Europe is currently very well supplied with gas from many routes, not least by LNG, and Azeri exports will be small relative to EU demand," said William Powell, editor of Natural Gas World, an industry journal, pointing out that the financial cost of any disruption would be borne by the gas supplier rather than European gas importers.

The only thing that would impact buyers would be a long-term disruption in Azerbaijani gas exports – an eventuality widely considered unlikely.

"Long-term disruption of pipeline exports would require Armenia to mount long-term guerrilla warfare – and what would that do for their international standing?" said Roberts of the Atlantic Council, adding that such a scenario would ultimately hurt Armenia.