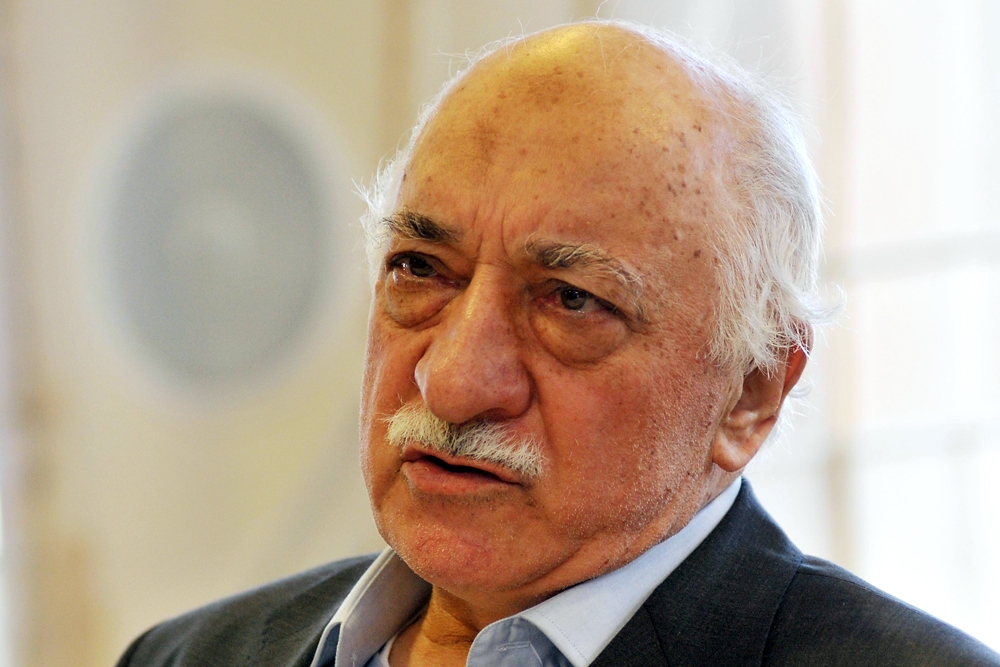 Erdogan claims that adherents of the Gülen movement are intent on bringing down his government, and over the past year, he has carried out a no-holds-barred crackdown on suspected Gülenists. On April 8, Erdoğan told members of his Justice and Development Party that he had discussed the movement with Azerbaijani officials during an early April visit to Baku and handed over a list of Azerbaijanis considered to be Gülen supporters. Azerbaijan is Turkey’s closest regional ally.

For the past several years, the Azerbaijani government has tried to restrict the activities of Islamic groups, but, until recently, had made no public move against Gülen sympathizers. Such individuals -- called nurçular in reference to the 20th-century Sunni theologian Said Nursi, who inspired Gülen’s education-based initiatives -- do not carry the same weight in Azerbaijani society as they do in Turkey. But over the past couple of weeks, there have been several indicators that Baku is toughening its stance.

Gülen movement representatives deny Erdoğan’s allegations about engaging in anti-state activity -- but jitters about groups critical of governments run strong in Azerbaijan. In recent weeks, rampant speculation on social networks and pro-government media outlets in Baku have focused on which Azerbaijani government members could sympathize with the Gülen movement. One purported Gülen sympathizer, presidential administration spokesperson Elnur Aslanov, was fired on March 17.

The Azerbaijani government has not commented on the reports. But, arguably, events already speak for them.

Since 2011 SOCAR has run a network of schools with the purported aim of improving Azerbaijani educational standards. Çağ Öğrətim, now known as the Baku International Education Center, has operated in Azerbaijan since 1992, and has enjoyed a reputation for producing disciplined students sensitive to Islamic ethics and capable of entering top-notch universities worldwide.

Çağ Öğrətim has never acknowledged a link with the Gülen movement, but most Azerbaijani education specialists and political experts have viewed its facilities as part of the Gülen movement’s 140-country network of schools. Çağ Öğrətim is part of the International Association of Turkish and Azerbaijani Manufacturers and Businessmen, a group that contains many Turkish companies that advocate Gülen’s principles.

SOCAR representatives have not elaborated on the conglomerate’s interest in the Çağ Öğrətim schools – all but Caucasus University were acquired last year -- but some observers see a link to Turkey’s suspicions of the Gülen movement. “I think, for Azerbaijani authorities, the idea is certainly that ‘we can control them more efficiently if we manage them,’” commented Paris-based Turkey specialist Bayram Balci, who formerly worked in Baku for the French Institute of Anatolian Studies (IFEA).

In March, in a move seen as intended to target Gülen’s finances, Turkey shut down Gülen-associated private schools that, like Çağ Öğrətim’s Araz courses, prepare students for university-entrance exams. Erdoğan asked other countries to follow suit.

Balci reasons that the Turkish government likely urged “fraternal” Azerbaijan, a country that shares close linguistic and cultural ties with Turkey, to “pay attention” to such schools as well. “For the Azerbaijani government, this is a good opportunity to show to Ankara that Baku is always in solidarity with Ankara.”

SOCAR, Turkey’s long-time pipeline partner, would seem a natural candidate for any such exercise. The company’s spokespeople could not be reached for comment. Similarly, Çağ Öğrətim did not respond to requests for interviews about the switchover to SOCAR. Caucasus University Rector Ahmet Saniç told EurasiaNet.org that he prefers not to discuss the issue “for awhile.”

Even if there was no pressure coming from Ankara, Azerbaijani leaders would seem to have reason to be wary of Çağ Öğrətim’s high schools and exam-preparation centers. Aside from Baku, the schools exist in key regional population hubs such as Ganja, Lenkoran and Sumgait as well as more remote locations. That presence in the regions is a potential source of concern for the Azerbaijani government, which has faced large-scale regional protests in recent years, some observers believe.

“As alumni of those schools, like everywhere else in the world, they have their own community. In Azerbaijan, where political parties and other institutions have been weakened, their [school] network … looks even more distinguished,” said Altay Goyushov, a professor of Islamic history at Baku State University. “That is what the Azerbaijani government does not like: the competition.”

Like Aslanov, who now works in the Ministry of Communications, the Defense Ministry has denied the allegations about Defense Minister Hasanov’s alleged affiliation with the Gülen movement. The other named individuals above have not publicly commented.

For some Azerbaijanis, the silence comes as no surprise. The allegations are “trumped up,” charged Orujlu. “The Azerbaijani government does not face any threat from the nurçu movement.”