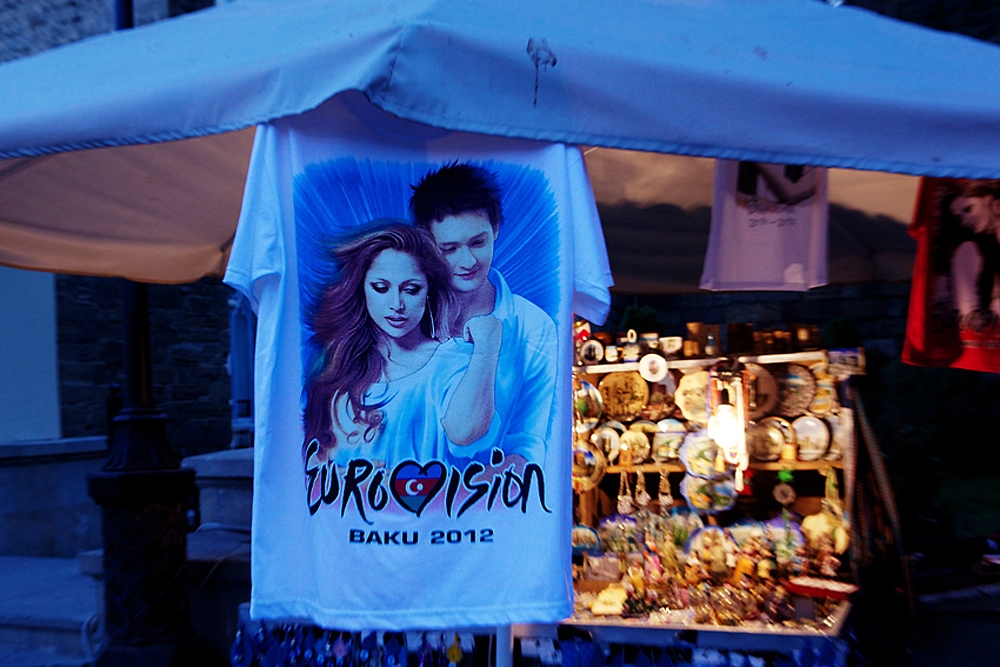 For sale at Baku's downtown market, a T-shirt is printed with pictures of Azerbaijan's 2011 Eurovision winners, Eldar and Nigar. 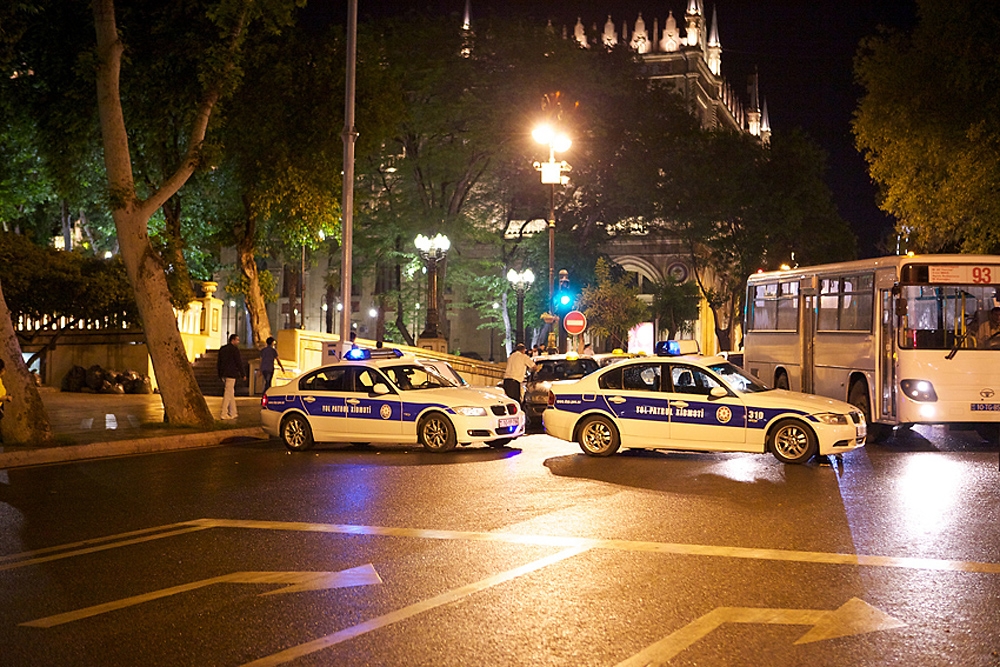 By 10 p.m. on the night of the contest final all downtown roads were closed. 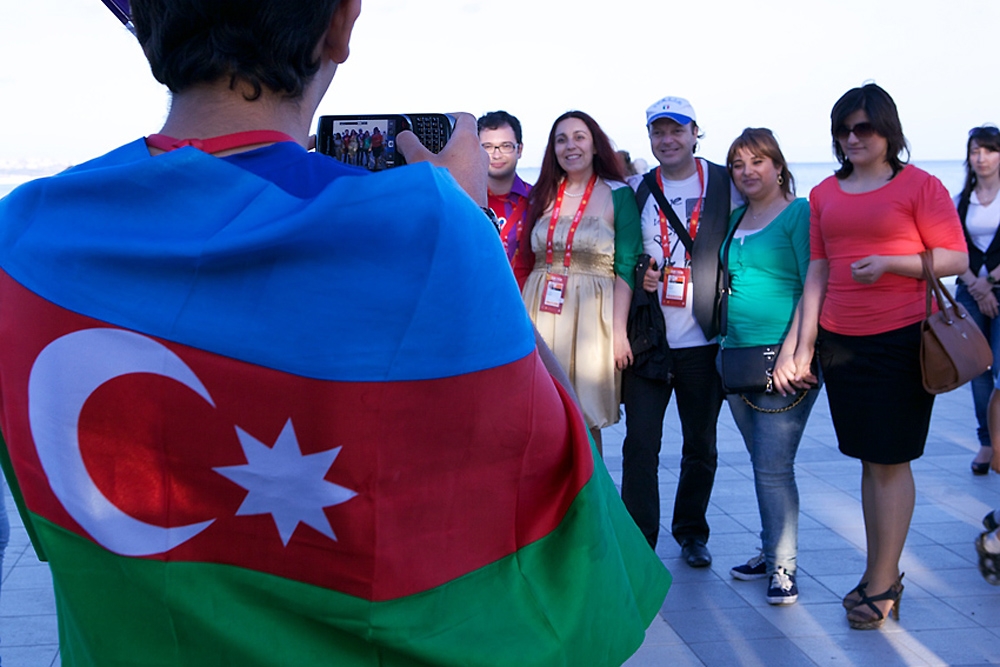 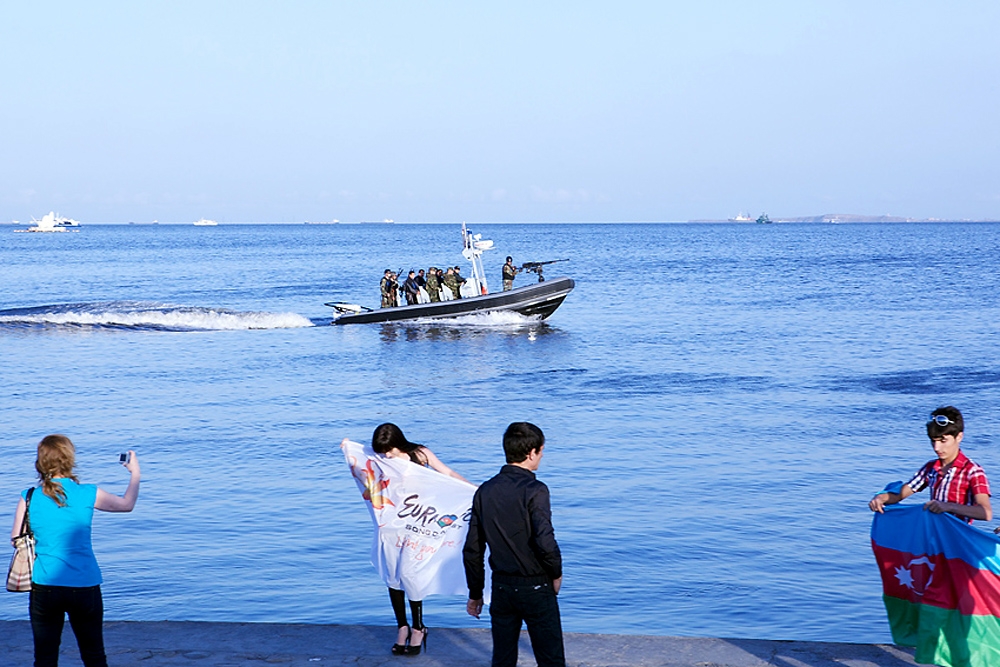 Naval boats patrolled the Caspian Sea waters near the shorefront during the week leading up to the main event. 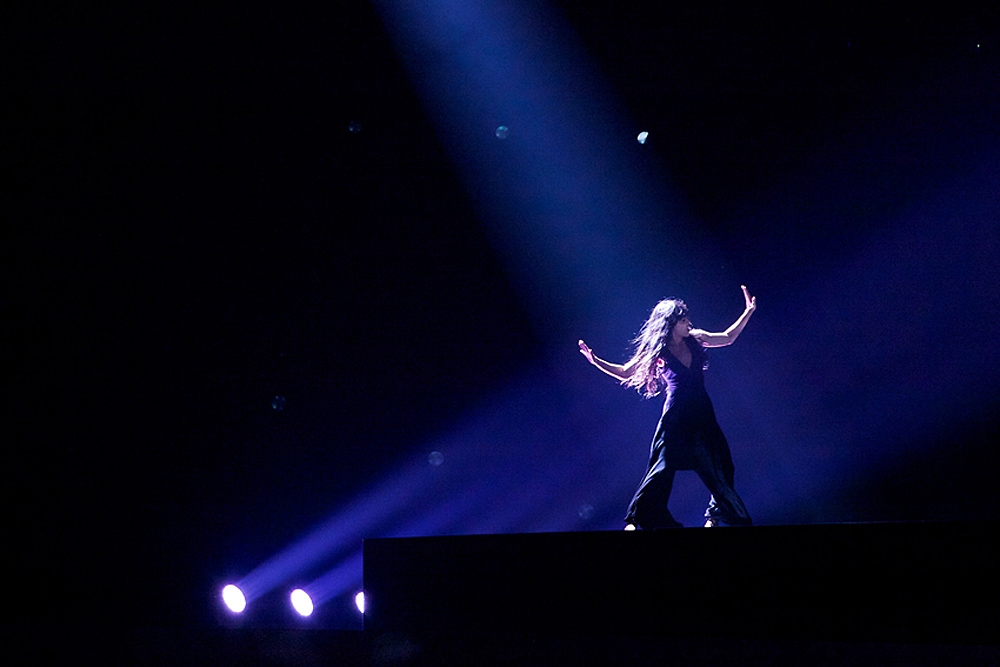 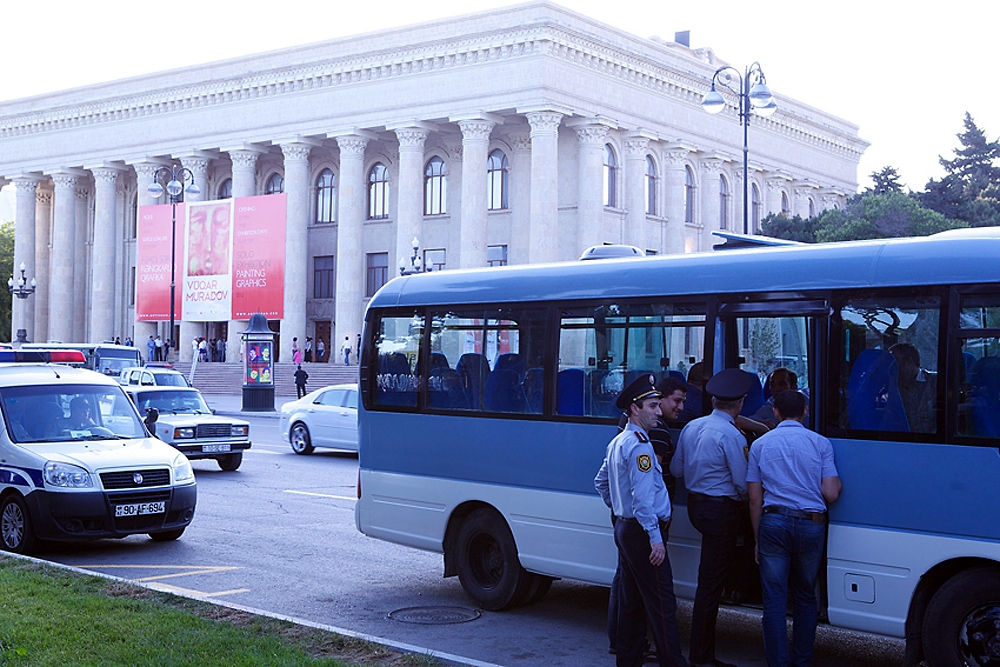 A day before the final, police detain several protestors at a rally calling for fair elections and freedom of assembly. 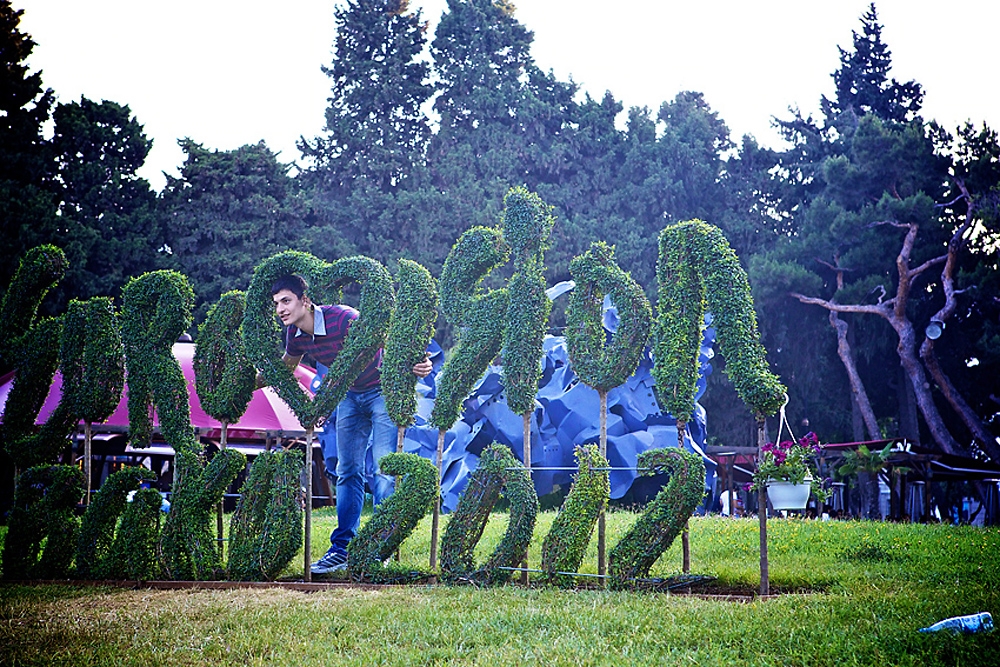 Attending the final was out of reach for most Azerbaijanis, with ticket prices starting at $203. 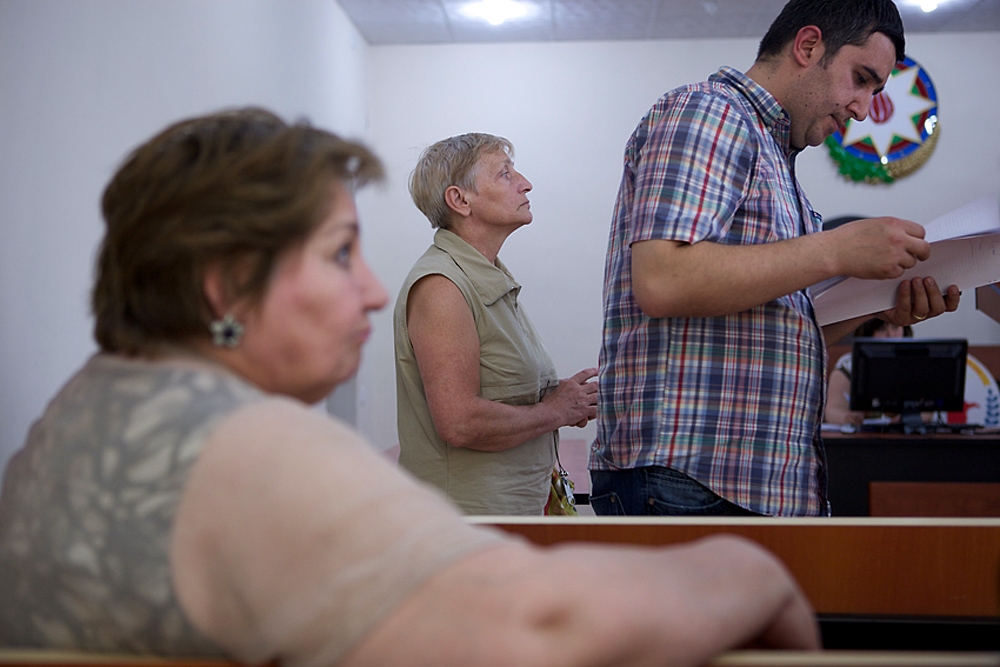 Residents, who say they were forced to move to build the Baku Crystal Hall, attend a court hearing the week before the final. 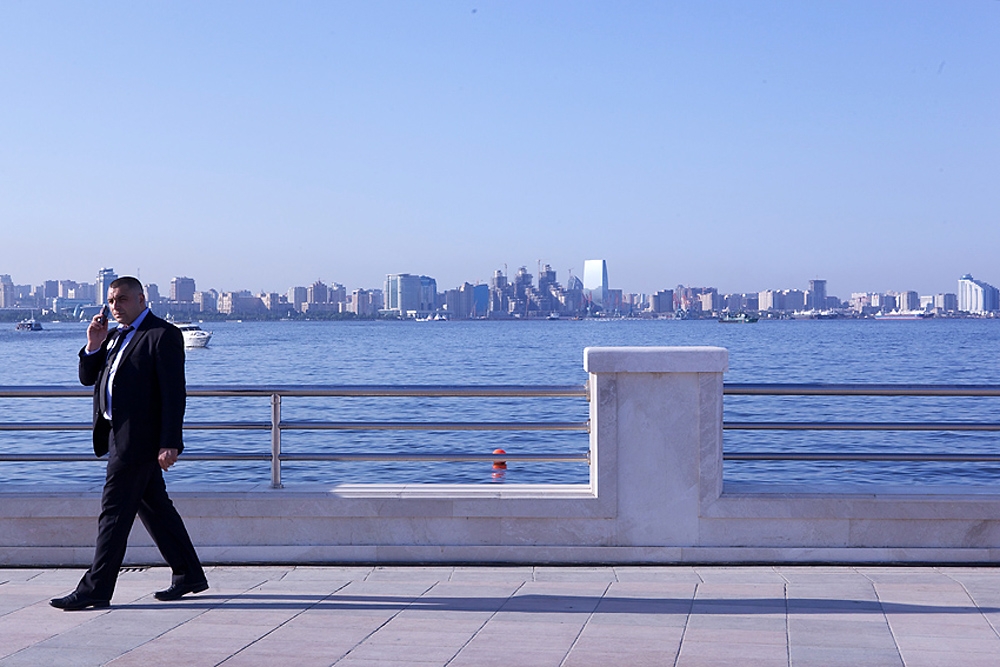 Plain clothes security monitor the surrounding of the Baku Crystal Hall, the venue for the Eurovision final. 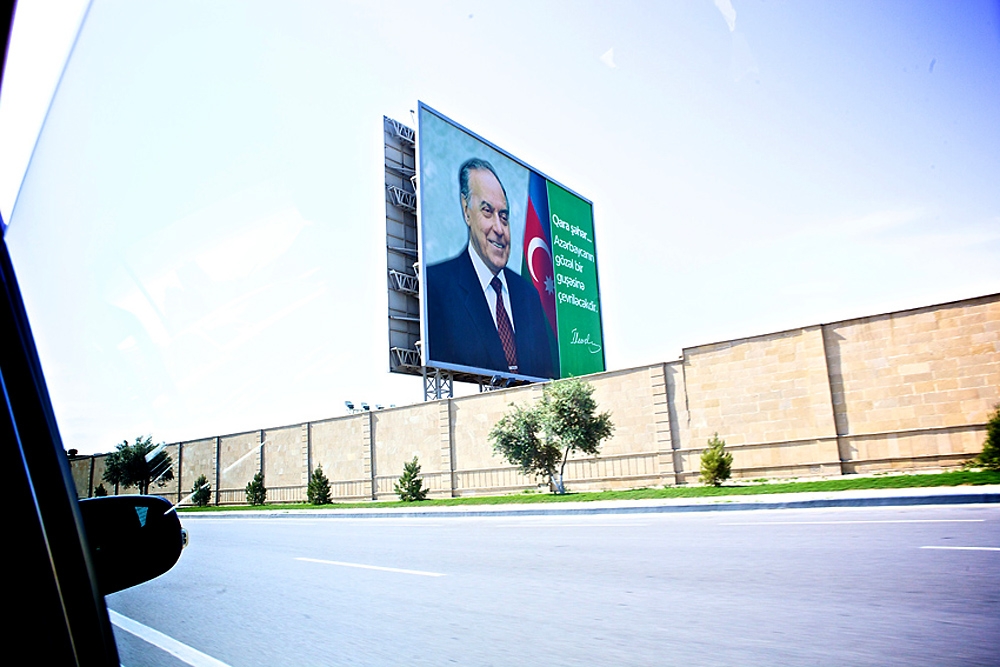 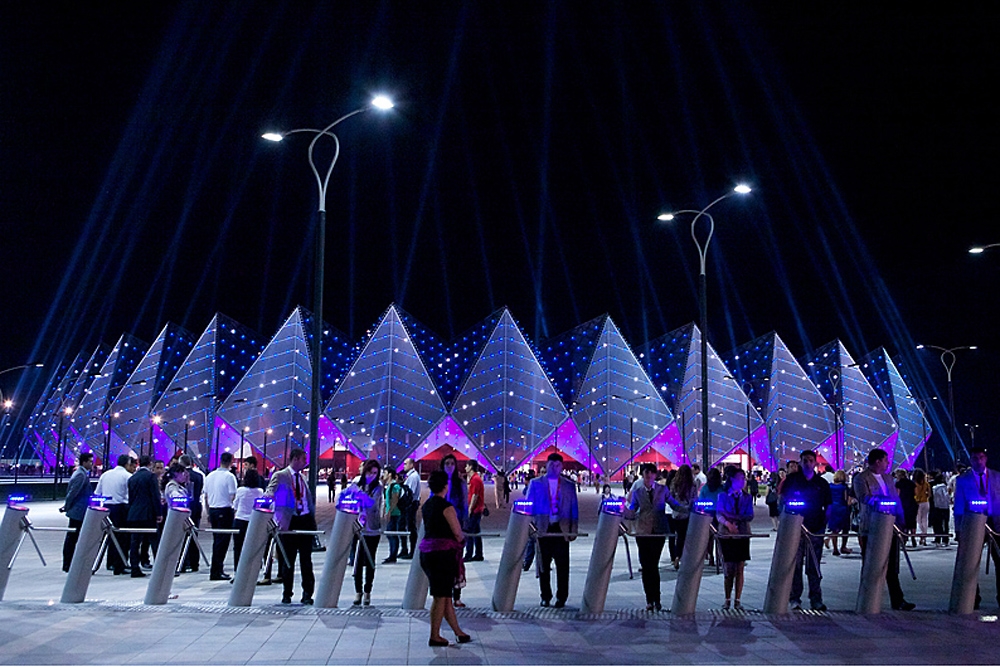 Tight security at the Baku Crystal Hall awaits the arrival of ticket holders and news media covering the event. 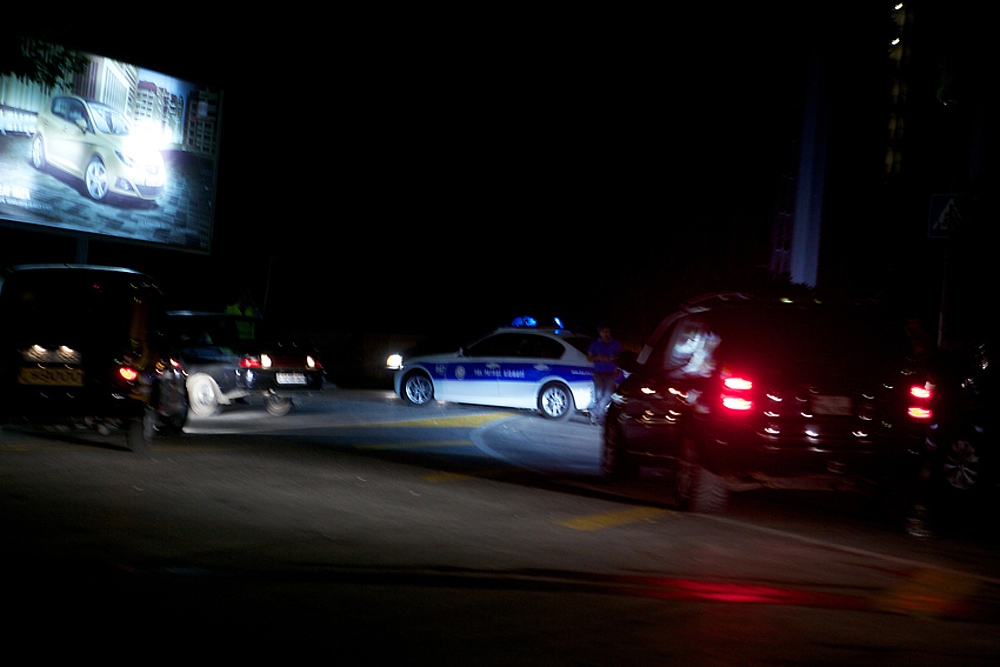 Several square blocks around the Eurovision final venue were restricted to only ticket holders and accredited media. 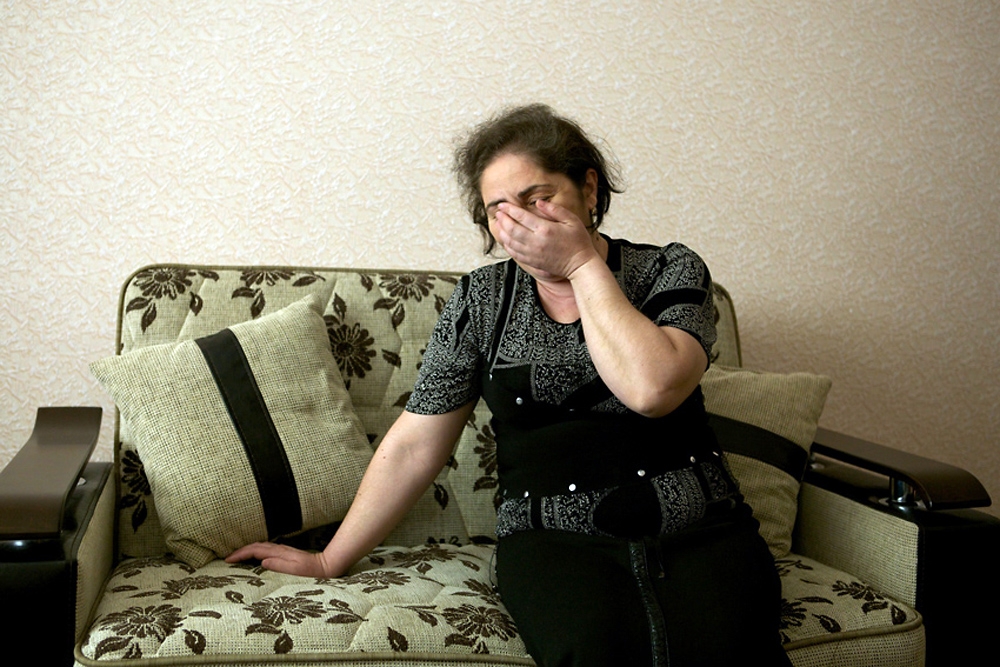 "When I'm watching Eurovision on TV I can't stop my tears," says a woman, who claims she was forced to move for the contest.
prev
next

A song titled “Euphoria” won the Eurovision Song Contest for the Swedish entrant, Loreen. For many Baku residents, the word that comes to mind now that the contest is over is relief.

For the days that Azerbaijan served as the host of the Eurovision event, many areas of the capital were under tight security. That meant a mountain of hassles for locals.

Access to the main event venue, the Crystal Hall, was tightly controlled, with non-ticket holders not being allowed anywhere near the place. Police roadblocks also meant snarled traffic.

With the contest now in the rear-view mirror, officials can exhale and inconvenienced residents of downtown neighborhoods can resume their normal routines. Of course, hundreds of those who used to call the city center home were displaced, as their residences were demolished to make way for the glitzy Eurovision infrastructure. For these unlucky souls, Eurovision is a source of lingering sadness.

Sitara Ibrahimova is a freelance photojournalist based in Baku.