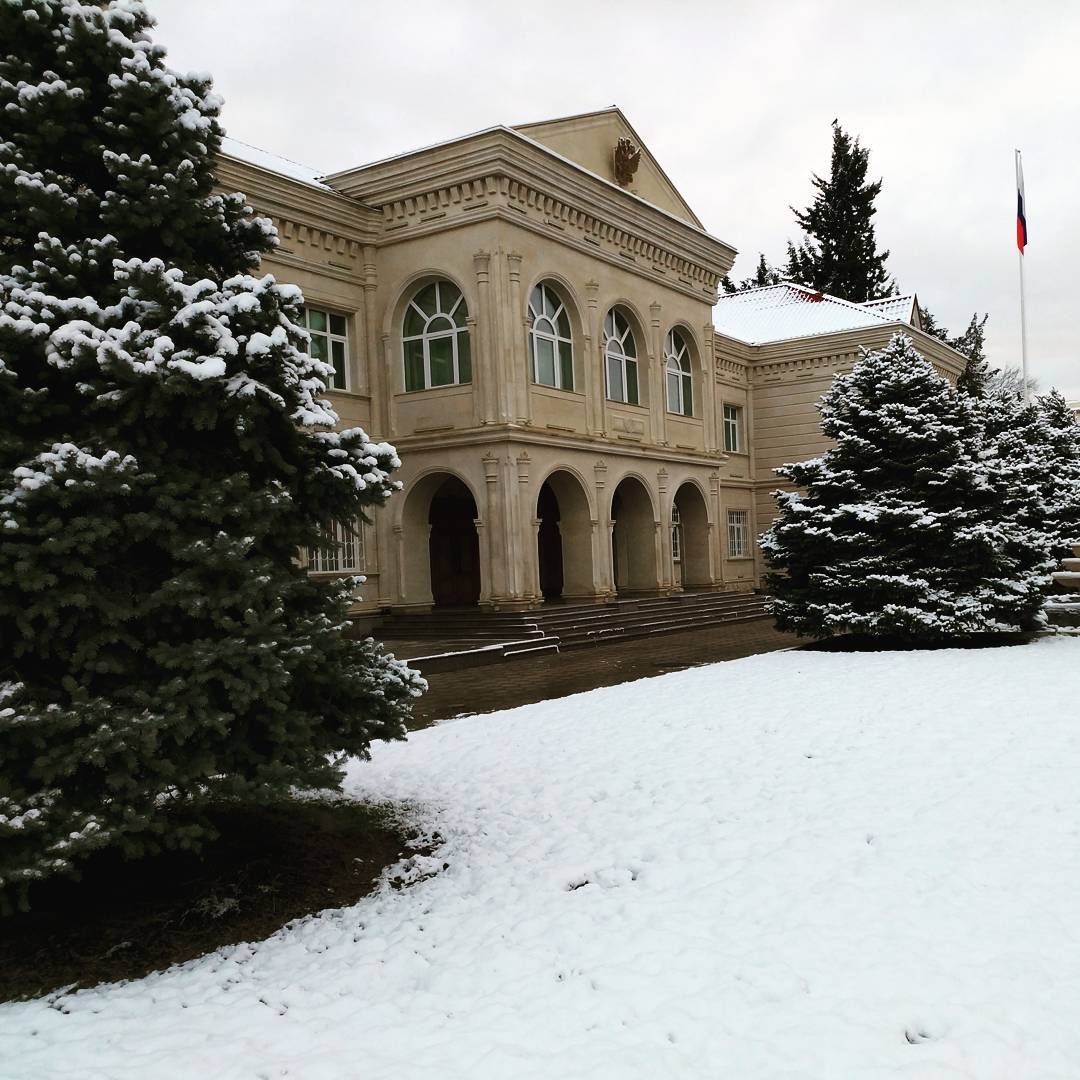 The Russian embassy in Baku. Chilly relations could be ahead for Azerbaijan and Russia after Azerbaijan blocked Moscow's nominee for its new ambassador to Baku. (photo: Russian Embassy in Baku)

Azerbaijan has rejected Russia's nominee for its new ambassador to Baku, further complicating the difficult ties between the two neighbors.

Russian President Vladimir Putin on November 27 recalled his ambassador to Azerbaijan, Vladimir Dorokhin, who has served in the post since 2009. Dorokhin's presumed successor, Giorgi Zuyev, was nominated in July, apparently without controversy.

But now it has emerged that Baku has blocked Zuyev's appointment, an unusual move that the generally Russia-friendly news site Regnum.ru says puts the two countries "on the edge of a diplomatic scandal."

It's not clear why Zuyev -- currently the head of the MFA's human resources department -- has been blocked. The government-connected news site haqqin.az reported, citing an official from the Russian Foreign Ministry, that it was because of Zuyev's "clearly expressed pro-Armenian position."

But other sources have combed through Zuyev's background and found nothing, either pro- or anti-Armenian, of note. The Russian Foreign Ministry denied haqqin's report.

And another Russian source said Zuyev was not even a candidate to be ambassador, even though that had previously been publicly reported. "As far as I know, the new ambassador will be a diplomat currently serving in another [post-Soviet] country," said Leonid Kalashnikov, the head of the Russian Duma's committee on Commonwealth of Independent States, Eurasian Integration, and Relations with Compatriots. "I don't want to name him ahead of time."

But Azerbaijani sources seem to generally agree that Baku is trying to send a message to Moscow by blocking Zuyev, though it's not clear what exactly that message may be.

"It appears that [Russia's] recent actions, perceived by Baku as anti-Azerbaijani, made the country's leadership choose a way of conveying our displeasure to the Kremlin," wrote Kamal Ali in a commentary for the independent Azerbaijani news agency Turan.

There is plenty with which Azerbaijan is unhappy lately, Ali continued: "Refusing to accept Zuyev, Baku has responded to the lack of results (for Azerbaijan) of the intensive meetings of [Russian Foreign Minister Sergey] Lavrov with foreign ministers Mammadyarov [of Azerbaijan] and Nalbandian [of Armenia], the Kremlin's apathetic attitude toward the signing of an agreement between Armenia and the European Union, Moscow's declaring 'incorrect' the report on Zvezda TV on the fascism in the party of [Armenian President] Serzh Sargsyan and on the delivery of a new shipment of Russian weapons to the Armenians."

Many Azerbaijanis have claimed that Zuyev is particularly close to Lavrov, who is widely distrusted in Baku for his supposedly pro-Armenian leanings. Lavrov has long been reported to have come up with a new plan to resolve the conflict between Armenia and Azerbaijan that would involve Russian peacekeepers in the disputed territory of Nagorno Karabakh. That is something neither side wants, but is particularly opposed by Azerbaijan as it would preclude them from fully taking back Karabakh.

"In Baku they refused to accept the new Russian ambassador Georgi Zuyev because of his clearly expressed pro-Armenian position," Klimovskiy wrote. "This is not a break in diplomatic relations but a perfectly clear hint: Baku is tired of waiting."

Blocking an ambassador like this is rare, but not unprecedented. Just this year Georgia refused to accept Armenia's nominee for its envoy to Tbilisi, Sergey Minasyan, because of fears that Minasyan -- a native of the Armenian-majority Georgian region of Samtskhe-Javakheti -- harbored some irredentist desires with respect to Georgia.

Amid all this, Dorokhin -- the departing ambassador -- wrote a message on the embassy's web page, an unusual step given his generally very low public profile during his tenure in Baku.

"Russia and Azerbaijan are countries different in size, mentality, and culture. We have many varying political interests. And, nevertheless, we have learned to get along with one another," he wrote. "I want to believe that the accumulated experience will be used in the future in the interest of both countries and peoples, in spite of all the difficulties and new challenges."