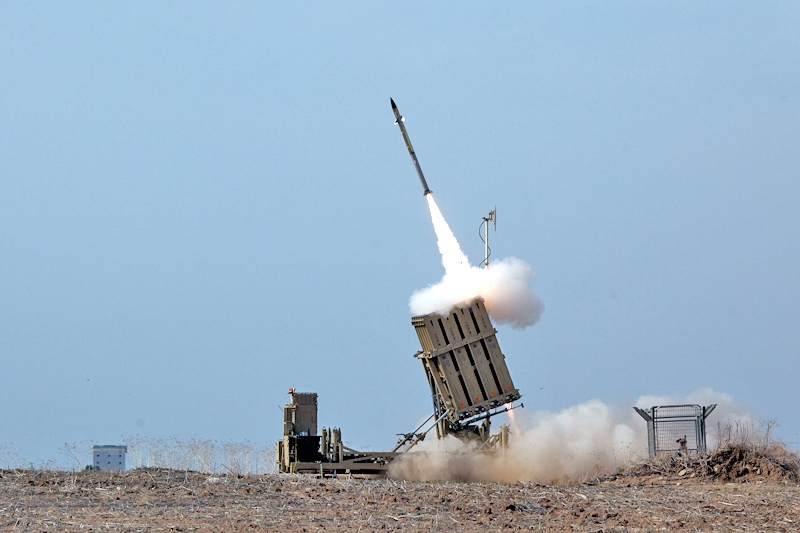 Azerbaijani officials and several media sources have reported that Baku is working on a deal with Israel to buy the "Iron Dome" air defense system. The deal would be a blockbuster, as the legendary Iron Dome is a state-of-the-art system that has dramatically reduced the number of rocket attacks on Israel but has yet to be exported anywhere else.

In spite of the widespread reports, Azerbaijan is highly unlikely to actually purchase the Iron Dome, a very costly system that is technically incapable of meeting Azerbaijan's needs. The prevalance of the reports, however, seems to speak to a continuing concern within Azerbaijan that its foe, Armenia, may have gained a step on it in the arms race.

Last month, Azerbaijani member of parliament Yedva Abramov reported that the Iron Dome was "ready for delivery" to Azerbaijan. Abramov said that the system would render ineffective the Iskander missiles that Armenia recently acquired from Russia. "This system will not allow the Iskander rockets to hit the ground," Abramov said.

Israeli Prime Minister Binyamin Netanyahu is scheduled to visit Baku in December, and Israeli media, citing unnamed sources, backed up Abramov's assertion that an Iron Dome deal would be on the agenda. That news was picked up then by a number of relatively respectable outlets including the Times of Israel; the Russian think tank, Center for Analysis of the World Arms Trade; and the U.S. trade publication Defense Industry Daily.

So why is this unlikely? For one, the cost: a single battery (consisting of two launchers, a radar and control center) runs an estimated $50 million. Israel, a quarter of the area of Azerbaijan, has an estimated ten batteries. A single rocket for the system costs $100,000. This while oil prices have crashed and Azerbaijan is cutting its budget, including zeroing out the special line item it had used for weapons procurement. Azerbaijan might be able to afford this, but it would be an extravagance that would require it to make many other budget sacrifices.

Secondly, the Iron Dome is not capable of countering Armenia's Iskanders. It has a maximum range of 70 kilometers, which makes it fine for the rockets, such as Katyushas, that Palestinian militants fire into Israel. But the Iskanders that Armenia has have a range of 300 kilometers. "This system is useless for Azerbaijan," said Zaur Shiriyev, a Baku-based associate at the British think tank Chatham House, in an email interview with The Bug Pit.

Shiriyev attributes the spread of the Iron Dome rumors to concern about the Iskanders. "Especially after Armenia acquired the Iskander missiles, the media and public in Azerbaijan have been hungry for such news," he said.

(It should also be noted that Abramov has a record of excitedly promoting Azerbaijan-Israel defense cooperation; earlier this month he claimed that Israel's Mossad special forces foiled an Iranian attack on the 2012 Eurovision Song Contest in Baku.)

Azerbaijan is definitely looking at something to improve its air defense capabilities in light of the Iskander purchase, whether from France or elsewhere. But the Iron Dome is pretty unlikely.