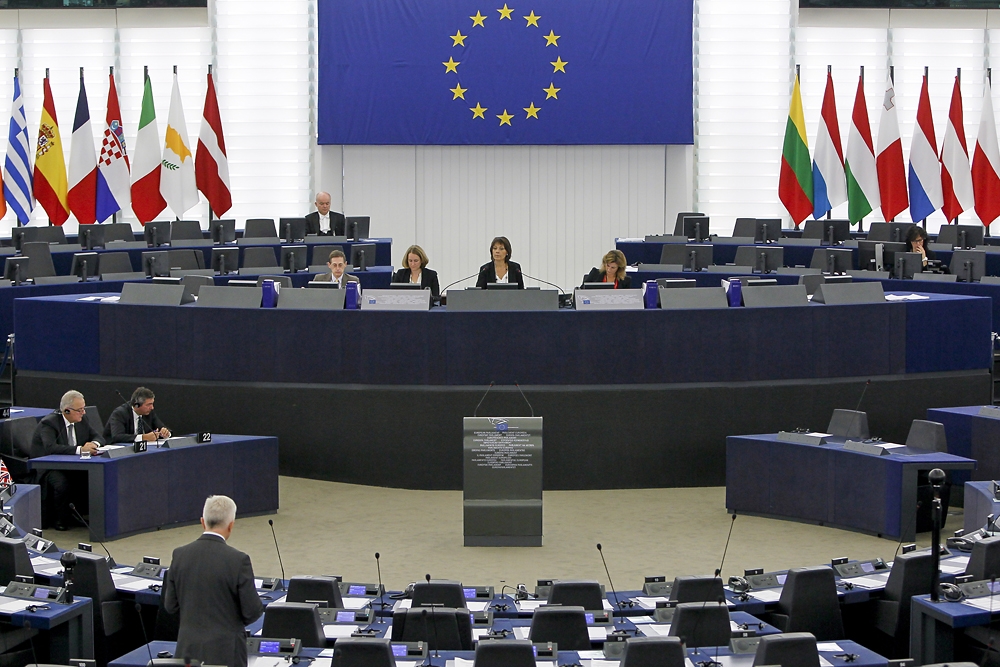 The United States and European Union appear to be taking a stronger stance against Azerbaijan over Baku's poor rights record. Recent US and EU criticism is bolstering the resolve of local critics of Azerbaijani President Ilham Aliyev's administration, even though there are no immediate signs that Western leaders and institutions will follow up on their words with actions.

In a September 23 speech in New York City, President Obama included Azerbaijan in a list of the world’s worst human-rights violators, citing, in particular, “laws [that] make it incredibly difficult for NGO’s even to operate.”

The criticism was Obama’s first such public remark, and one that activists believe lends momentum to the European Parliament’s earlier call to the European Council, a priority-setting body that includes the 28 EU members’ heads of state, to apply “targeted sanctions against those responsible for human rights violations” in Azerbaijan if such abuses persist.

It demands that the Azerbaijani government correct its ways and “immediately and unconditionally” release all political prisoners; a list that, according to local human-rights activists, included 81 people as of June.

Aside from multiple arrests, law-enforcement agencies since the start of the year have frozen the bank accounts of more than 20 local and foreign non-governmental organizations.

Nor do officials view outside scrutiny fondly. A mission from the United Nations Subcommittee on Human Rights on September 17 cut short its visit to Azerbaijan after failing to secure previously promised unrestricted access to “places of detention.”

That overall record, critics charge, contradicts Azerbaijan’s status as head of the Committee of Ministers of the Council of Europe, the continent’s main human-rights body.

The European Council has not yet responded to the resolution, and could not be reached for comment.

Azerbaijan’s foreign ministry, however, maintains that the resolution was intended to harm relations with the EU.

Targeting European concerns about the reliability of Russian gas supplies, a government statement issued on September 18 stressed the measure had been adopted on the eve of the groundbreaking ceremony for the Trans-Anadolu pipeline from Azerbaijan. The pipeline, which will be feted on September 20, “will make an essential contribution to EU’s energy security,” the statement read.

One leading opposition figure countered, though, that Azerbaijan’s energy potential only goes so far.

“The ruling regime has came to believe that Europe’s energy security is fully in Baku’s hands and, therefore, nobody will take actions about human-rights violations,” commented Natig Jafarly, executive secretary of the ReAl (Republican Alternative) movement, whose leader, Ilgar Mammadov, is in prison.

Activists emphasized that despite their large energy and security interests in Azerbaijan, the EU and US cannot ignore the country’s sharply deteriorating human- rights situation.

“The West is moving from words to actions,” stressed Samir Kazimly, a coordinator of the Political Freedoms Defense Alliance, a coalition of those local human-rights organizations still functioning.

“The threat of sanctions should become an alert for Baku,” Kazimly argued. “I do not exclude that concrete measures [against the government] could follow if the situation will not improve.”

Some look for actions against Baku’s upcoming 2015 European Games, a European-only Olympics that is the brainchild of Azerbaijani President Ilham Aliyev, as a potential first target.

While the European Parliament does not directly call for a boycott of the Games, it urges the European Council and EU members to press the International Olympic Committee “to call on the Azerbaijani authorities to stop the crackdown.”

The IOC, which also faced criticism over its pick of Sochi, Russia for the 2014 Winter Olympics, has not responded.

Its Coordination Commission, though, positively assessed Baku’s preparations for the Games earlier this month. At a press conference, the head of the Commission, Spiros Kapralos, did not mention Azerbaijan’s human-rights problems.

Nor are other sports organizations shying away from Azerbaijan. The Union of European Football Associations last week named Baku among 13 European cities that will host Euro-2020, the continent’s 16th soccer championship.

Meanwhile, the ruling Yeni Azerbaijan Party is getting on with business.

It intends to present to parliament draft amendments that will require registration of a passport number to post comments on Facebook and other social media from within Azerbaijan, and impose tighter controls on political-party donations and the registration of foreign NGOs.

Outside critics likely will face the response delivered by Deputy Prime Minister Ali Ahmadov to the European Parliament’s resolution.

Azerbaijan is an “independent state and can determine its fate by itself,” Ahmadov, deputy chairperson of the ruling Yeni Azerbaijan Party, wrote on the party’s website.