Rustam Ibragimbekov knew going up against Azerbaijan's leader in the country's presidential elections would pose a daunting challenge. But he’s finding it a big hurdle just to throw his hat in the ring. 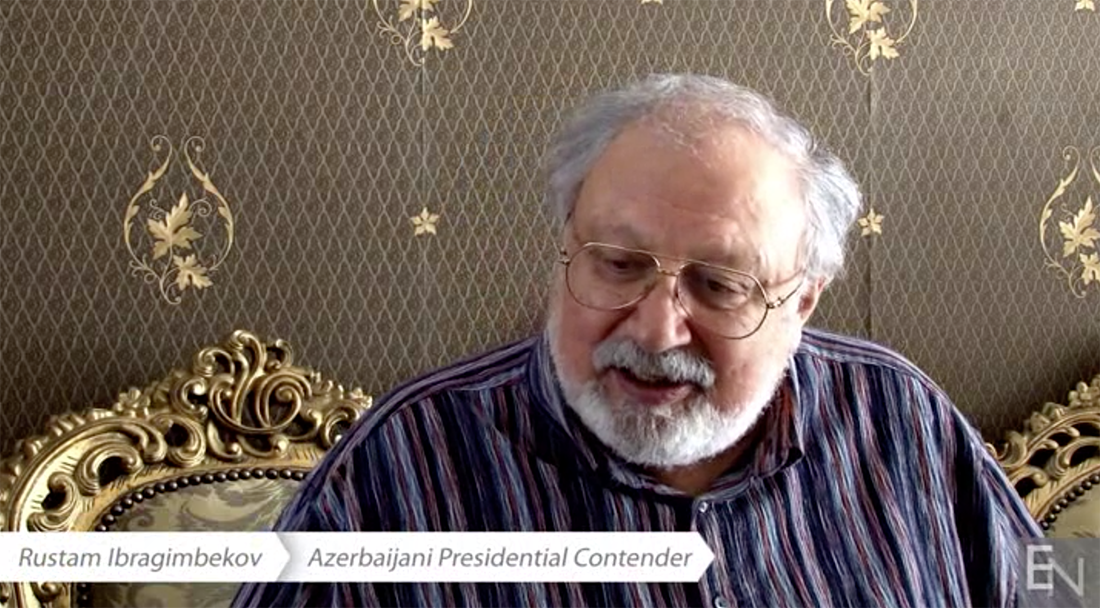 Oscar-winning screenwriter-turned-opposition-leader Rustam Ibragimbekov already knew that going up against Azerbaijan's leader, Ilham Aliyev, in the country's presidential elections this October would pose a daunting challenge. But he’s finding that he must clear a big hurdle just to throw his hat in the ring.

The 74-year-old Ibragimbekov is a dual-citizen who lives in Moscow. To be eligible to run in Baku, he must renounce his Russian citizenship. And to expedite the process in time to qualify as a presidential candidate, it looks like he’ll need Russian President Vladimir Putin’s help.

Under Azerbaijani election law, prospective candidates have 35 days to register from the date an election is called. The announcement also must take place 60 days before the vote itself. Azerbaijan's exact election date is not yet known, but is expected by mid-October.

On July 22, Ibragimbekov traveled from Brussels to the Georgian capital, Tbilisi, to discuss his prospective return to Azerbaijan and registration as a presidential candidate with members of the National Council, the alliance of Azerbaijani opposition parties which have tapped him as their preferred presidential hopeful.

Even if he decides to proceed with a presidential run, his candidacy will be dependent on Putin’s decision on whether to approve a streamlined citizenship renunciation process. “There is a political will involved,” Ibragimbekov commented to Eurasianet in a July 23 interview in Tbilisi.

Ibragimbekov, faces an additional obstacle — charges of tax evasion against the Azerbaijani Union of Cinematographers, which he heads, RFE/RL reported. Local media have speculated that the charges could lead to Ibragimbekov’s arrest if he decided to return to Baku, a risk which the screenwriter has said he is willing to run.

After meeting with the National Council delegation to Tbilisi, Ibragimbekov opted not to travel on to Azerbaijan as long as his citizenship status remains unresolved. How long it will remain so, for now, is unclear.