Azerbaijan Claims to Break Up Terror Attack Against Opposition Rally 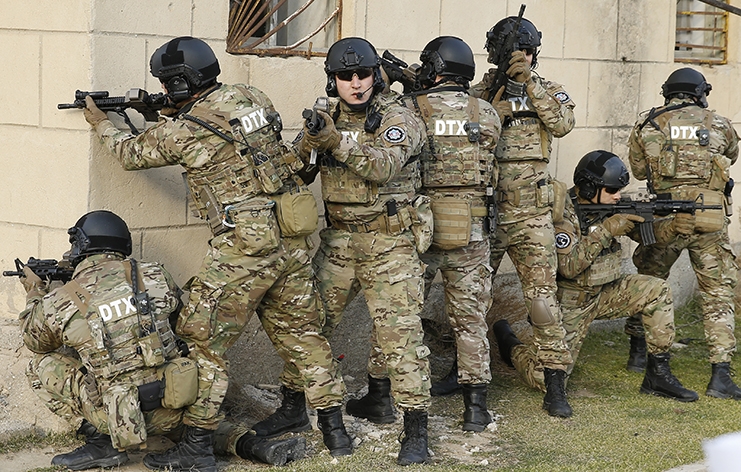 Azerbaijan's authorities claim to have broken up a terror plot targeting an upcoming opposition rally in Baku. But the rally's organizers say the government's claims raise suspicions that they're trying to frighten people away from opposition events.

Azerbaijan's State Security Service announced on October 25 that they had thwarted a group of religious extremists in Lokbatan, on the outskirts of Baku. The group was led by an "emir" and had tested an improvised bomb on October 22, the announcement said. A law enforcement source told Sputnik Azerbaijan that the group was tied to the Islamic State.

They were reportedly targeting a rally scheduled for October 28, organized by the National Council of Democratic Forces. One of the organizers of the rally, Nureddin Mammadli, said that if there really was a plot, he was grateful to the security services. But he was skeptical.

"There may be goals to intimidate the population with the possibility of a terrorist attack at a rally, or a demonstration of the presence of opponents who are ready to commit terrorist attacks," Mammadli told the Turan news agency.

It would be far from the first time that Baku has manufactured a supposed terror threat. For years, Azerbaijan claimed to be regularly breaking up terror attacks organized by Iran, though few believed them, including the U.S. State Department.

Lately, though, the terror plots have been blamed not on Iran but on vague foreign Islamist groups.

The alleged targeting of an opposition rally is a new twist in the ongoing story. Azerbaijan, despite an ever-widening crackdown on the remnants of political opposition and civil society, has been allowing an unusual number of opposition rallies lately.

The October 28 event will be the third in about a month, following rallies on September 23 and October 7. Before that, the last opposition rally was in April. Each rally has attracted a few thousand protesters.

The government's newfound laissez-faire attitude has led to speculation that their strategy in allowing the rallies may be to track the people who come to them. Independent journalist Khadija Ismaiyolva reported that at the September 23 rally, "Everyone entering the stadium was required to take sunglasses off, so the face recognition system cameras would be able to identify them. No wonder people are scared to come to the rally." Not scared enough, possibly.