Azerbaijan cracks down on opposition amid coronavirus outbreak

At least 16 opposition activists have been arrested since the outbreak began, and human rights groups accuse the government of taking advantage of the pandemic. 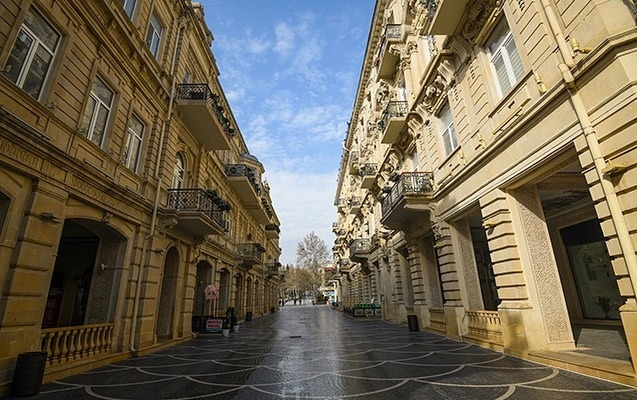 Baku's empty center. Residents are forced to get explicit permission every time they leave their house. (photo: Facebook,Koronavirus Informasiya Portalı)

The Azerbaijani authorities have carried out a wave of arrests and detentions of opposition activists in recent weeks, which human rights groups say amounts to a policy of using the coronavirus outbreak to crack down on domestic opponents.

At least 16 activists “have been the victim of this repressive policy” since the coronavirus outbreak began, a coalition of opposition political parties, National Council of Democratic Forces, said in an April 10 statement.

One such detainee was Faig Amirli, an assistant to Ali Kerimli, the head of one of the parties in that coalition, the Popular Front Party of Azerbaijan. Amirli was detained on April 8 for allegedly violating the self-isolation regime, his wife said.

Azerbaijan has the strictest stay-at-home regime in the region; residents are required to get explicit permission from the authorities every time they leave the house.

“While the whole world is fighting against the coronavirus pandemic, the Azerbaijani government is taking advantage of the situation to accelerate its hunt for opposition members,” Kerimli said in response to Amirli’s detention. “They don’t want anyone to criticize their incompetence in fighting the pandemic, their inability to provide for the population which has been forced to not work.”

On April 10, another senior party member, Nijat Abdullayev, was arrested for 30 days, also on accusations he violated the rules on leaving home.

Another opposition activist, Ilkin Rustamzade, has said he has been harassed by police, and intimate photos of his wife published online, because he has been publicly calling for the government to do more to financially support Azerbaijanis who can’t work during this period. Among the pretexts for harassing him has been that he recently moved apartments, in alleged violation of the stay-at-home rules.

Amnesty International launched a campaign to pressure the Azerbaijani government to end its harassment of Rustamzade. “[T]he Azerbaijani authorities have used the COVID-19 pandemic to increasingly crack down on their critics,” the organization said in a statement.

The Azerbaijani government has not been coy about its intentions to use the COVID-19 outbreak as an excuse to further press on the country’s already marginalized opposition. In his March 19 Nowruz address to the nation, President Ilham Aliyev warned that his political opponents were a “fifth column" trying to use the outbreak to “destroy Azerbaijan.”

Since then, that kind of discourse has not abated.

“The Azerbaijani government and people will never allow anti-Azerbaijani forces, representatives of the fifth column, to take advantage of the situation to create some sort of provocation,” said Ali Huseinli, a senior member of parliament, in an April 7 interview with the news agency Trend.

“Representatives of the ‘fifth column’ are interested in provocations and conflict with support from abroad, from forces that don’t want Azerbaijan to develop, and are ready to do everything for that,” said another MP, Emin Hajiyev, on April 11.