Azerbaijan detains 19 in plot it blames on Iran

The arrests come as tension between Baku and Tehran has been reaching a peak. 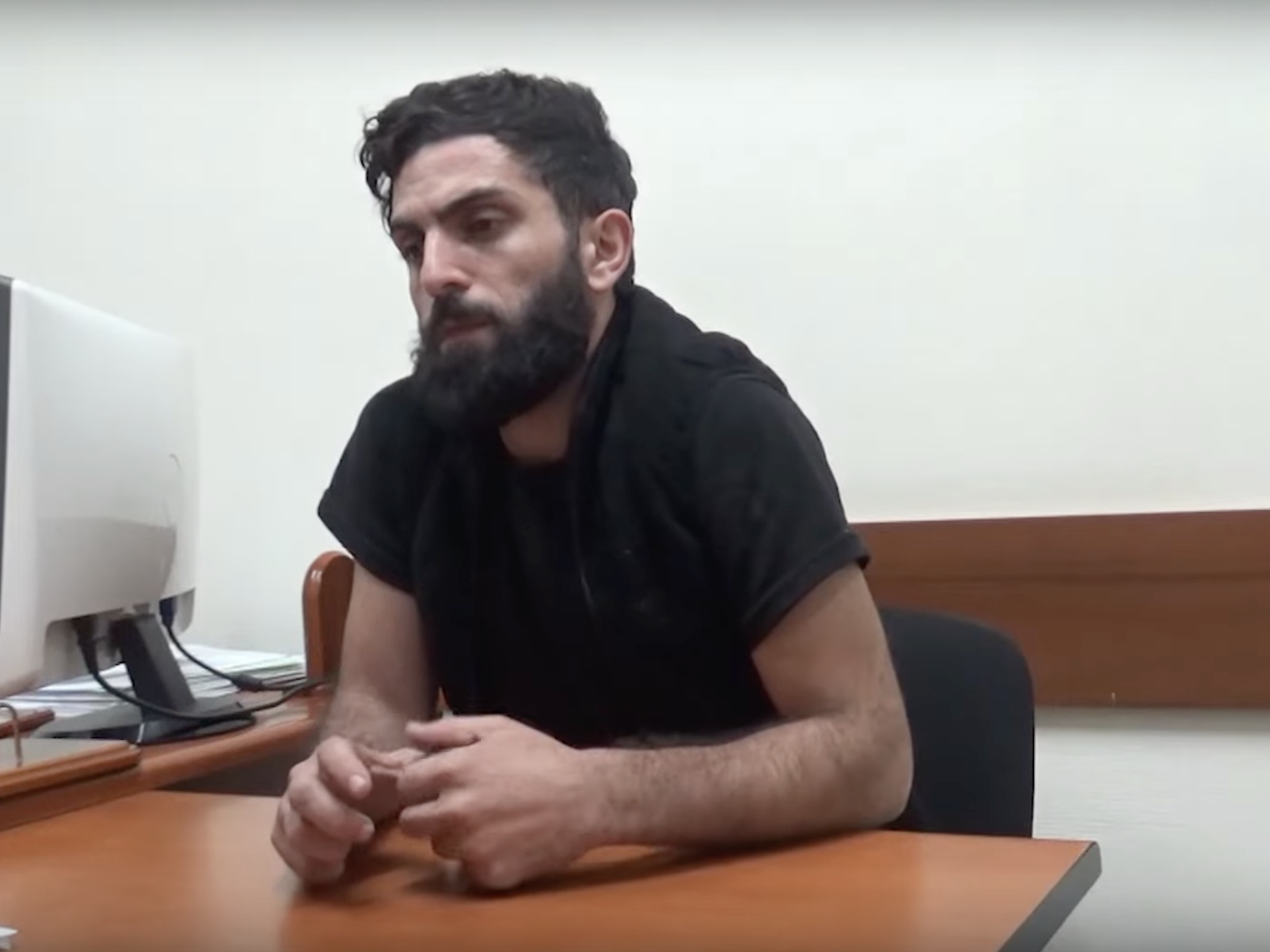 Screenshot of an Azerbaijan security services video showing the interrogation of a man accused of being an Iranian agent.

Azerbaijan’s State Security Service has detained 19 people and claimed that they were trained and funded by Iran’s intelligence services to carry out unspecified acts that would be “in violation of state security interests.”

The allegations were made, as such accusations often are, amid a high point in tension between Azerbaijan and Iran. Tehran has increasingly been siding with Armenia in its conflict with Azerbaijan, and in mid-October Iranian armed forces conducted massive military exercises on its border with Azerbaijan, including practicing crossings of the Aras River, which defines a large part of the border between the two states.

Since then tension has continued to build, with aggressive pro-government media on both sides airing threats against the other. On November 2, Azerbaijan’s Ministry of Defense reported that previously unannounced military drills had begun “in the territories near the southern borders of the Republic of Azerbaijan.”

The State Security Service (SSS) laid out its version of the alleged Iranian plot in a November 1 statement. Among the claims: that the Azerbaijanis had been flown to Syria by Iran to conduct military training, and that they smuggled in religious extremist material that is illegal in Azerbaijan. One member of the plot was said to have “organized the distribution of T-shirts with religious slogans, which were delivered to Azerbaijan by a car of the Iranian embassy, to participants of the rallies planned in some regions of the country."

Some of the Azerbaijanis had even been “blackmailed” by the Iranian secret services because they had “had a disagreement with them regarding the justification of the Armenian Armed Forces' aggressive actions.” The Iranians subsequently used video from the Azerbaijanis’ participation in the exercises “in order to keep them in the sphere of influence.”

The SSS also released a six-minute video showing the confessions of three detainees who said they had undergone military training in Syria, were paid between $500 and $1,000, and then returned to Iran.

The SSS identified participants in the alleged plot as being members of the Muslim Unity Movement, a prominent Shia activist group that has been at odds with the government for years; several of its members, including its leader, are behind bars and are considered by Azerbaijani human rights activists to be political prisoners.

The group denied the accusations and said that the people named in the SSS statement were not members.

Similar accusations are often made by Azerbaijan’s security services. Religious members of Azerbaijan’s Shiite majority have long been under suspicion from Baku’s strongly secular authorities; most of the country’s political prisoners are religious activists.

Last year, a number of Shiite clerics were detained amid another period of heightened tensions. In 2019, the SSS detained a journalist, Polad Aslanov, as he and his family were trying to enter Iran for a friend’s wedding. Aslanov was convicted of treason for selling secrets to Iran and sentenced to 16 years in prison. He said the charges were trumped up because of his reporting on corruption.

Following the recent detentions Aslanov’s wife, Gulmira Aslanova, compared the case to that of her husband and the “Tartar case,” when hundreds of Azerbaijani soldiers were accused of spying for Armenia.

“As long as the law doesn’t work in this country, as long as state institutions will arrest by order … these kinds of arrests will not seem convincing and objective to me,” Aslanova wrote in a Facebook post.

There had been several indications that detentions may have been coming. One Telegram channel affiliated with security services reported several days before that the government would announce a large-scale crackdown on Iran-linked groups.

"Today, there are Iranian-minded people in Azerbaijan, and we must take steps to ensure our religious security," said one member of parliament, Jeyhun Mammadov, at an October 26 conference.

A day before the arrests, the Muslim Unity Movement’s Analysis Center released an article headlined “Will there be another wave of arrests due to new spy claims?” It argued that while accusations are regularly made about Shiite believers collaborating with Iran, the accusations never stand up in court. “It is calculated simply to restrict Shiism in the country.”