Azerbaijan: Examining the Source of Discontent in Nardaran 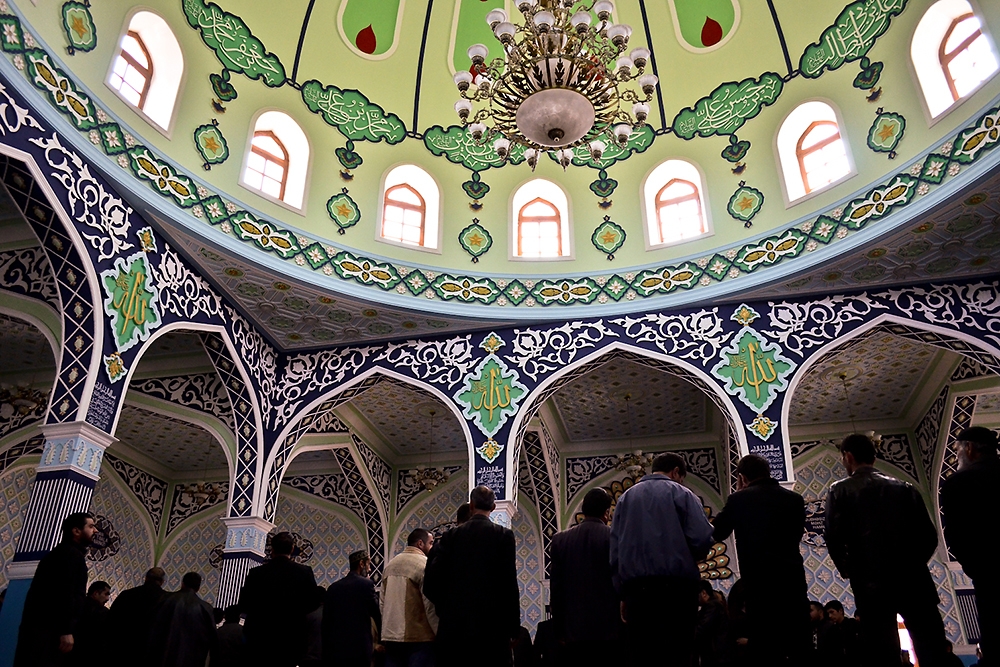 Nardaran has long been a bastion of devout Shia Muslims. (Photo: Vladic Ravich)

Interior Ministry troops in Azerbaijan are continuing to maintain tight control over all traffic entering and leaving the restive town of Nardaran, the scene of a deadly clash in late November. Officials, along with state-controlled media, are portraying the incident as an act of Islamic-inspired terror. Those with a more sympathetic view of the protesters place some of the blame on authorities for not redressing religious grievances, including a desire for the lifting of a ban on girls wearing hijab in schools.

Both explanations miss the point. Islam is only part of the calculus that drove recent events in Nardaran. The protests were not so much about Islam, as they were about dignity and justice.

The fact that Nardaran experienced a deadly clash is not necessarily a surprise. The town has long been a bastion of devout Shia Muslims whose strong faith can sometimes place them at odds with the secular orientation of President Ilham Aliyev’s government. Some observers, especially those with pro-government leanings, have even claimed that Nardaran residents want to replace Azerbaijan’s secular system with Sharia-based rule. The Shia orientation of residents has also stoked suspicions that Iran may somehow be helping to stir discontent in the town.

Iran certainly seems to have influenced events, but perhaps not in a way that many assume. When considering what motivated the recent protest, one needs to consider the identity of the protesters. Their leaders are young Shia clerics, such as Taleh Bagir-zade and Elcin Gassymly, leaders of the Muslim Unity Movement (MOM) established in January 2015. They do not fit into the category of the traditional Shia clergy in the image of the Najaf-based Grand Ayatollah Sistani, clerics who tend to avoid interfering in politics. Bagir-zade and Gassymly, who both had stints in Iran, subscribe to Khomeinism – a radical revolutionary ideology couched in Islamic terms seeking a social transformation rather than individual spiritual fulfillment.

It is worth remembering that systemic corruption, a lack of social justice and a lack of outlets for political expression in Iran under the Shah created fertile ground for different kinds of radicalism, of which Khomeinism initially was only one variety.

There are many similarities between Shah-era Iran and Aliyev’s Azerbaijan at present. While an energy bonanza can buy relative social stability for a while, an economic downturn driven by falling oil prices makes such regimes vulnerable to social discontent. It is no coincidence that the revolution in Iran happened during one such downturn. Azerbaijan may not be at the cusp of an Islamic revolution, but the country’s deepening economic woes seem sure to create a much higher degree of social tension.

Nardaran offers a microcosm of what is wrong with the Azerbaijani economic and social model. Located just 40 km away from Baku – Azerbaijan’s gleaming capital with its five-star hotels and fashion shows – Nardaran is a poor town with lots of unemployed young men and a non-existent social life. True, it is traditionally a stronghold of Azerbaijani Shiism. But the most vocal grievances of locals are not that the Azerbaijani government stifles expressions of faith, including the hijab ban. They worry more about the lack of decent life prospects.

Poverty in Nardaran offers a stark contrast with the wealth that is flashed by Baku’s elites, wealth that is widely perceived to have been looted from the state’s coffers. Such plainly visible gaps in living standards, along with corruption and political repression, foster a powerful sense of injustice that spawns outbursts of radicalism. It took on an Islamic form in this specific time and place, but in a different context, it could have taken on the form of a radical leftist movement.

The Azerbaijani government’s response to expressions of social discontent in Nardaran was typically ham-fisted. That is not to say that law-enforcement personnel did not have a right to intervene when it appeared that the MOM was illegally possessing weapons. Yet, the decision by security forces to seal off the village is not going to solve anything. Cutting Nardaran off from the world, and restricting the ability of residents to express their faith, creates an impression that the government sees Nardaran as an alien land that has to be subdued and occupied, not as a constituent part of the country. The government’s “shock and awe” operation may calm the situation for a while, but it risks breeding more resentment and radicalization over the long run. And such resentment can well spread to other parts of the country.

It does not help to accuse Iran of fomenting unrest, as some officials and commentators have done. Baku’s relations with Tehran have improved significantly since Hassan Rouhani won election as Iran’s president in 2013. Tehran’s plate is full with the multiple crises in the Middle East, including Syria, Yemen, Iraq and Lebanon. It has no appetite for fomenting instability on its northern borders. The discontent in Nardaran and, possibly, other parts of the country has local roots.

As long as discontent in Nardaran is seen through the prism of an “Islamist threat,” and not as a quest for dignity, the problems there will only continue to grow.