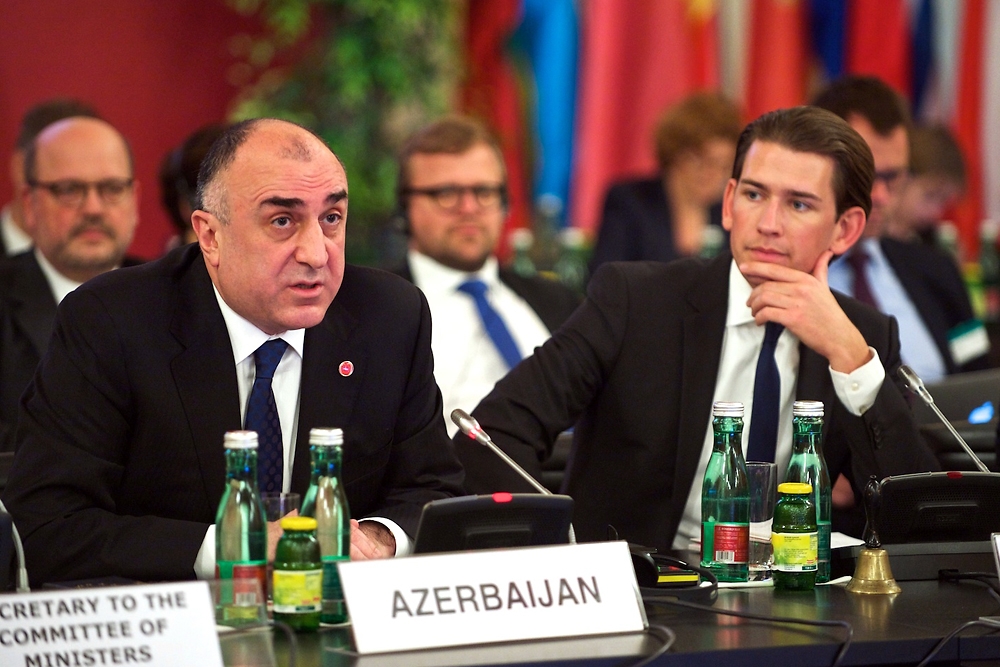 Amid growing concern about its treatment of government critics, Azerbaijan on May 14 assumed the rotating chairmanship of the Committee of Ministers of the 47-member Council of Europe, the continent’s main human-rights body.

When Azerbaijan joined the Council of Europe (CoE) in 2001, many Azerbaijanis hoped that membership in an organization meant to promote rule of law and human rights would lead to improvements in the country’s own democratization record. Yet domestic and international rights organizations now routinely criticize Baku for squashing freedom of expression, riggimg elections and hijacking court rulings. According to human-rights watchdog Amnesty International, the country contains “at least 19 prisoners of conscience.” Whether or not that track record can change during Azerbaijan’s six-month chairmanship of the CoE’s Committee of Ministers, the Council’s executive organ, remains open to doubt.

Earlier, journalist Rauf Mirkadirov, an active participant in so-called people’s diplomacy with Azerbaijani foe Armenia, was arrested on charges of espionage, and human-rights activist Leyla Yunus and her husband, conflict-analyst Arif Yunusov, were detained as witnesses. These events have accelerated calls for the Council of Europe to pay greater attention to Azerbaijan’s human-rights situation during its chairmanship. “If the chairman of the Committee of Ministers will be a country with such a big number of political prisoners, it will strongly harm the Council of Europe’s reputation and would discredit European values in the eyes of Azerbaijani citizens,” said Emin Huseynov, director of the Institute for Reporters’ Freedom and Safety. Huseynov met last month with Council of Europe officials to express his concerns.

Both Azerbaijani opposition and human-rights groups long have accused the CoE of not being tough enough on Azerbaijan’s democratization lapses. CoE Secretary-General Thorbjørn Jagland and other CoE representatives, though, have repeatedly expressed concern about Azerbaijan’s human-rights conditions. The recent arrests and prison-sentences are expected to be among the topics for discussion when Jagland visits Baku on May 20-23.

Azerbaijani President Ilham Aliyev is showing no sign of feeling any pressure about Azerbaijan’s CoE chairmanship. Speaking at a May 12 press-conference with French President François Hollande in Baku, Aliyev characterized Azerbaijan’s human-rights situation as “positive.”

“Nobody is persecuted for political reasons,” he said.

Azerbaijan and the Council of Europe have not had an easy relationship. The government has accused the body of harboring double standards in appointing a special rapporteur on Azerbaijani political prisoners (Baku refused to issue a visa) and in its attitude toward the conflict with Armenia over the breakaway Nagorno-Karabakh region.

As it steps into the European spotlight, the government wants to create an image of being a team player.

Foreign Minister Mammadyarov on May 7 pledged that Azerbaijan would show “strong support” for the Council of Europe’s trinity of human rights, rule of law and democracy. Even as Azerbaijan has consistently taken action to silence youth activists in recent years, the foreign minister said one of Azerbaijan’s CoE priorities is “ensuring the enhanced access of youth to their rights” in order to encourage “a generation of educated and responsible youth.” Other priorities include promoting anti-corruption measures and inter-cultural dialogue to encourage tolerance; supporting socially vulnerable groups, refugees and internally displaced persons; and exploring ways to ensure judicial enforcement of the Council’s founding convention.

Overall, Azerbaijan plans to sponsor 18 events to showcase its various priorities before its chairmanship expires on November 13.

Some of these priorities might draw snickers from critics, but the head of Azerbaijan’s delegation to the Parliamentary Assembly of the Council of Europe (PACE), Samed Seyidov, asserts that “Azerbaijan rejects biased criticism.”

“There are some problems not only in Azerbaijan, but in other CoE member-states,” Seyidov, a member of parliament for the ruling Yeni Azerbaijan Party, told EurasiaNet.org. “We have never refused dialogue, but it should be constructive.”

Baku has fulfilled “most of its obligations” to the Council of Europe, he insisted. He did not specify which obligations it had failed to implement.

Such assurances do nothing to reassure political analyst Leyla Aliyeva, director of Baku’s Center for National and International Studies, a non-governmental think-tank. “The current situation with the recent arrests and politically motivated trials does not give reasons for optimism,” Aliyeva said.

It won’t take long before activists get an idea of whether CoE responsibilities will have any impact on Azerbaijani government choices. President Aliyev generally releases various prisoners on May 28, the anniversary of the Azerbaijani Democratic Republic’s founding in 1918. If he chooses to accept an invitation to address the Parliamentary Assembly of the Council of Europe at the June opening of its summer session, he runs the risk of facing considerable criticism, if he does not pardon at least some prisoners who are perceived in Europe as politically persecuted.