The coronavirus has continued to spread rapidly, and President Ilham Aliyev put the blame on residents who don’t wear masks. 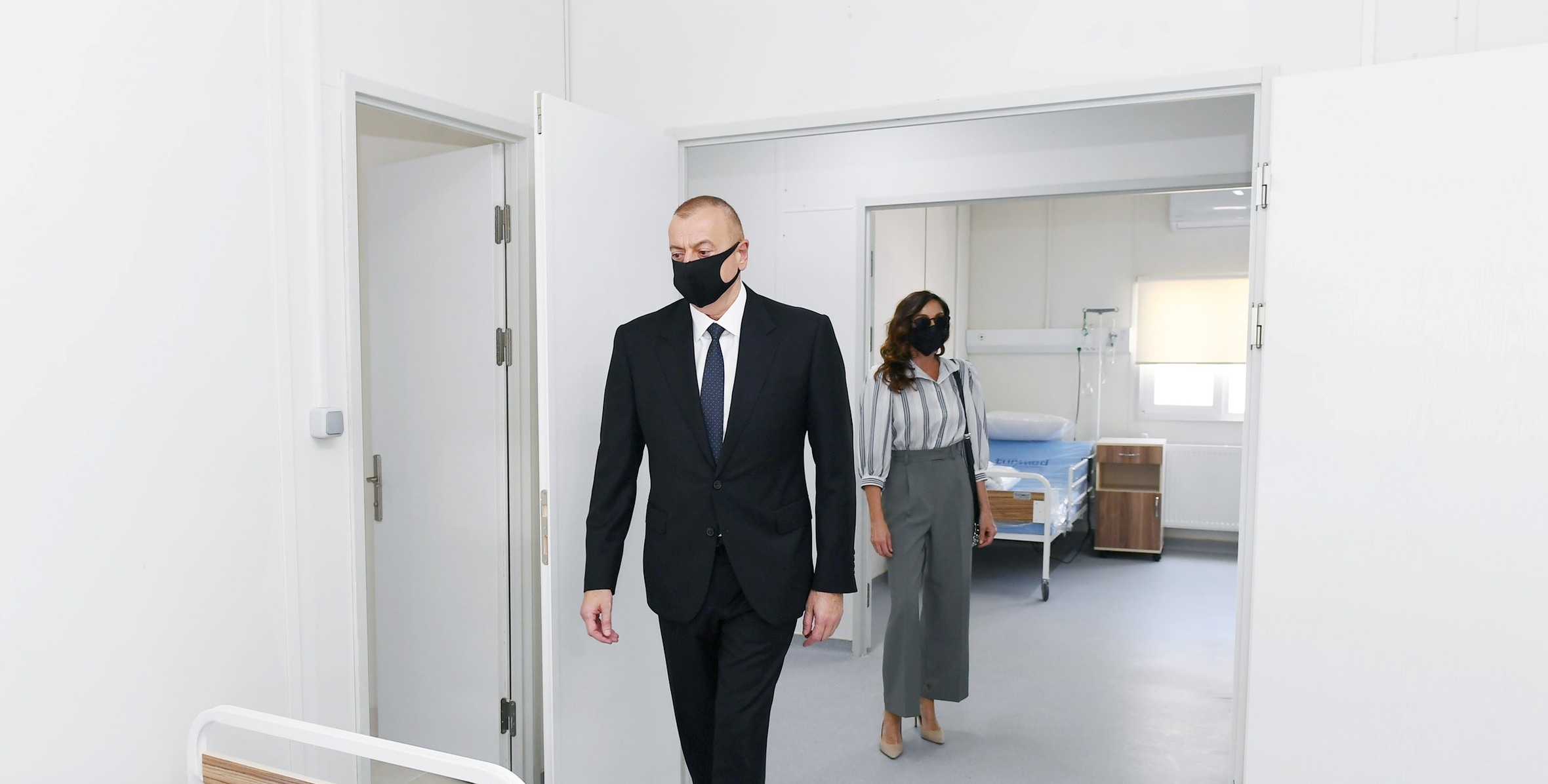 The Azerbaijani authorities have voiced concerns over the country’s ability to deal with the rising number of COVID-19 cases, raising the prospects of a shortage of doctors.

During a recent visit to open a new modular hospital in the city of Ganja, President Ilham Aliyev made an unprecedented warning that the country may not have enough doctors to treat patients if the virus continues to spread at the current rate.

“We highly value the work of doctors. However, everyone must know that doctors also get infected and doctors also die,” Aliyev said during the June 24 visit. “I want to reiterate that we have gotten all available doctors involved in this work. We do not have double this number of doctors. If this pandemic spreads even more – let’s say, if we have 300-400 infected people today and their number increases tomorrow, where shall we place them? Even if we do place them – hospitals are being built and we have empty beds – how can we increase the number of doctors?”

On the day Aliyev spoke, the country had registered 590 new cases of COVID-19.

The next day, the World Health Organization (WHO) reported that Azerbaijan was among 11 countries in Europe whose health care system was at risk of collapse due to strain over the COVID-19 epidemic.

There have been frequent reports in local media of prominent doctors dying of the disease.

Aliyev’s dire warning was a marked contrast to his earlier statements; two weeks before he had said the coronavirus situation in Azerbaijan was “fully under control.” He had also boasted that Azerbaijan was a relatively rare country in which all coronavirus cases, regardless of severity, were treated using in-patient care, and that the country had enough beds in hospitals and intensive care units.

But the disease has continued to spread unchecked. On June 25, the local representative of the WHO noted that the country’s number of COVID-19 cases had increased 50 percent in only the previous 14 days. Since June 23, the country has not seen fewer than 500 new cases in a day.

As the number of cases continued to grow, Azerbaijan was forced to reintroduce a strict two-week lockdown, which went into force on June 21. Following Aliyev’s June 24 warning, the rules for that lockdown were further tightened, with businesses in certain sectors being restricted to operating with a maximum 50 percent of their employees. And under the text-messaging system that residents use to get permission to leave home, a response now comes 15 minutes after a request, rather than virtually instantly as used to be the case.

Officials also have recently suggested that the country needed to continue pushing the pace on setting up new health care facilities. On June 27, Prime Minister Ali Asadov said during a cabinet meeting that the country had made progress in expanding its health care capacity, but said that it would be important to speed up that process.

Since May, Azerbaijan has opened four new hospitals for the treatment of COVID-19 patients. Officials have said that six additional hospitals, numbering a total of 2,000 beds, are under construction.

In his warning, Aliyev blamed people for not wearing masks, calling it a “national security issue.”

“I wear a mask in all closed places,” he said. “Well, if the president does this, why can't others do it? Why is it so difficult? It does not cause any problems. It is simply irresponsibility, selfishness and lack of concern… This is a crime. Therefore, there must be public condemnation and a very strict state control.”

He also urged citizens to use peer pressure. “A citizen who sees [a person not wearing a mask] must reprimand him. They should not wait for the police to fine him,” Aliyev said.

Azerbaijan’s parliament passed a law mandating masks to be worn in public places on May 31; individual violators are fined 50 manats (about $30), with repeat offenses getting double fines. The rules are spottily enforced, with many small shops not complying with the regulations.

On June 29, parliament doubled the fines.