Azerbaijan: Facing a Choice Between NATO and NAM? 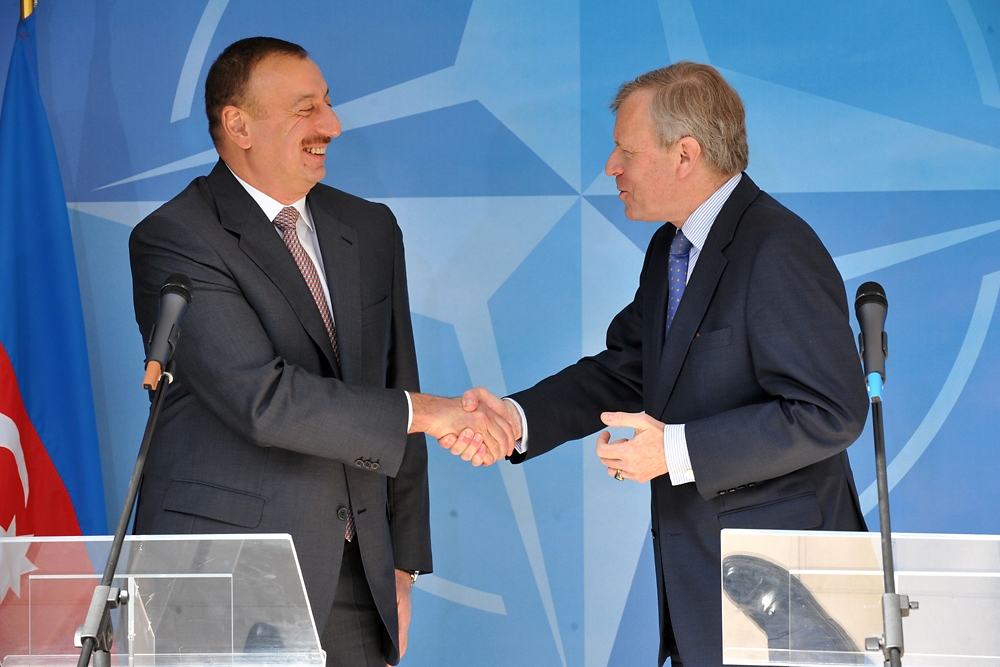 Azerbaijan’s cooperation with the North Atlantic Treaty Organization may not be progressing at a brisk clip, but some local analysts believe that the country’s accession to the Non-Aligned Movement last month put an even bigger question mark over the future of Azerbaijan’s Euro-Atlantic integration.

On May 25, Baku signed on with the Non-Aligned Movement (NAM), a grouping set up in 1955 to oppose “domination” by the world’s “major powers” and colonialism in its various forms. Apart from Belarus and Uzbekistan, Azerbaijan is the only former Soviet republic to have joined the left-leaning organization, a group more closely associated with the Cold War era.

The surprise decision to join forces with NAM prompted criticism from the Azerbaijani opposition that Baku is selling out on closer cooperation with the North Atlantic Treaty Organization (NATO) and the European Union. NAM membership requirements state that any “bilateral military agreement with a Great Power” must not be “deliberately concluded in the context of Great Power conflicts.”

In response, the Azerbaijani government has kept relatively close-lipped about reasons for the decision (the ruling Yeni Azerbaijan Party and pro-government parties remain similarly silent), but government officials have given no public indication that they intend to sever ties with NATO as a result of Azerbaijan’s NAM affiliation.

Speaking at a May 25 NAM conference in Indonesia, Azerbaijani Foreign Minister Elmar Mammadyarov underlined that membership in the movement allows members “to run for high positions in international organizations and [contributes to] the coordination of activities in these organizations.”

One foreign ministry official, who did not want to be named, told EurasiaNet.org that Azerbaijan wants to use NAM to garner support from its 118 fellow members votes at the United Nations related to the conflict with Armenia over the breakaway region of Nagorno Karabakh The membership could also prove useful for Azerbaijan’s candidacy for a non-permanent seat on the UN Security Council, he added. Elections will take place by the end of the year.

Political analyst Sulkhaddin Akper, head of the Azerbaijan-Atlantic Cooperation Association think-tank, discredits this notion, claiming that most of NAM’s 119 member-states – ranging from South Africa and Thailand to Syria and Iran – are too weak to swing a vote in the United Nations.

Fellow analyst Elkhan Shahinoglu, director of the Baku-based Atlas research center, sees another weakness to what he describes as an “illogical” tactic for dealing with Armenia. “Tensions in the South Caucasus are growing and Azerbaijan needs a military alliance with [NATO member] Turkey and deeper cooperation with NATO to ensure its security,” Shahinoglu said. “It does not need neutrality.”

NAM’s criteria about military alliances related to “Great Power” struggles appear flexible, however; Afghanistan and Iraq are both NAM members.

Some Baku analysts, though, still regard this move as an attempt by Azerbaijan to distance itself from NATO and to give itself room for criticizing the alliance. Military analyst Jasur Sumarinli , editor-in-chief of the news agency Mil.az, believes that the withdrawal of Azerbaijan’s 90 soldiers from Afghanistan could soon follow.

“The cooperation with NATO will stall even more,” Sumarinli said, adding that Russia’s influence on Azerbaijan, correspondingly, could increase. “Such a decision should not be taken without public and parliamentary debates.”

Azerbaijan’s National Security Concept document lists Euro-Atlantic integration as a “strategic goal.” Yet, unlike neighboring Georgia, which has cast its foreign-policy lot definitively with the West, Azerbaijan has always attempted to balance its interests between NATO, Russia and, to its south, Iran.

Foreign ministry spokesperson Elkhan Polukhov, however, underlined that joining NAM does not mean that Azerbaijan will change that goal. “We will continue the process of Euro-Atlantic integration, but, at present, Azerbaijan does not have a goal to join NATO or any other military bloc,” Polukhov said. “Integration does not mean membership,” he added.

Meanwhile, the foreign ministry official, speaking separately, denied that the government is considering any withdrawal of Azerbaijani troops from Afghanistan.

NATO and the US embassy remain silent on the topic. The head of the European Commission’s delegation to Baku, Roland Kobia, told EurasiaNet.org that the Commission is not ready to comment on the matter.

At a June 15 conference on cooperation with NATO, pro-government parliamentarian Rasim Musabekov suggested that Azerbaijan could still cooperate with NATO, yet keep its options open – namely, cooperation with Israel and Russia. “NATO does not show much care and understanding of Azerbaijan’s problems, he said. “Armenia threatens to strike Azerbaijan’s oil infrastructure, but NATO not only refused to supply us with respective weaponry but calls to reduce military spending.”

US Ambassador Matthew Bryza struck a diplomatic note at the gathering, telling participants that “recently I did not hear about Azerbaijan’s wish to be a NATO member. I just heard that Baku wants deeper integration.”

For now, cautioned former presidential foreign policy aide Vafa Guluzade, outside observers should avoid dramatizing Azerbaijan’s decision to join NAM. “It is a tactical maneuver by the government to demonstrate its independence from the West,” Guluzade said. Azerbaijan’s Euro-Atlantic integration is “inevitable” and will continue, he predicted. “[P]articipation in NAM does not bind Azerbaijan to anything.”

Shahin Abbasov is a freelance reporter in Baku and a board member of the Open Society Assistance Foundation – Azerbaijan.