The move comes as prospects for diplomatic negotiations with Armenia were already deeply troubled after days of heavy fighting between the two sides. 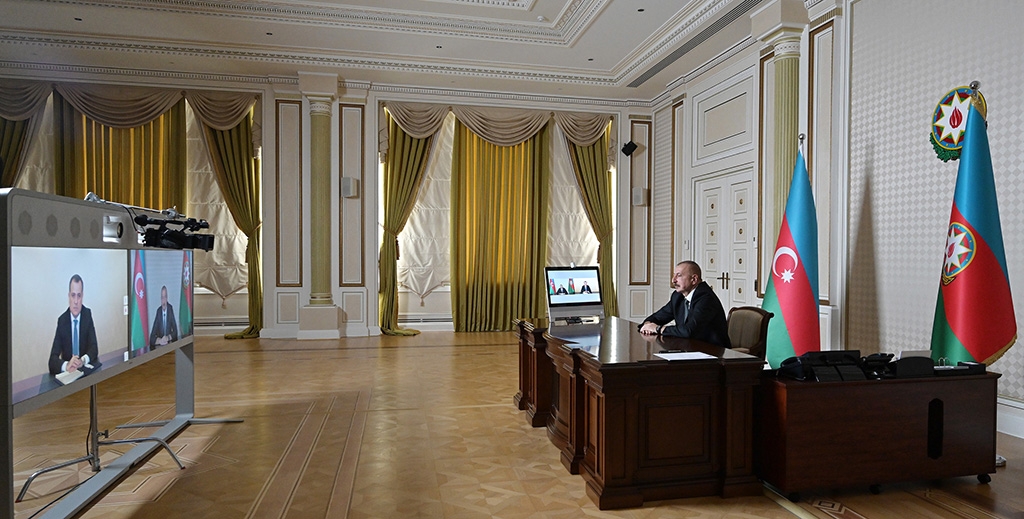 Azerbaijan has fired its longtime foreign minister in the wake of the renewed conflict with Armenia.

President Ilham Aliyev fired his top diplomat, Elmar Mammadyarov, on July 16 and replaced him with Jeyhun Bayramov, who had been Azerbaijan’s minister of education.

The firing came the day after Aliyev issued a brutal public attack on Mammadyarov, who had been in the post since 2004 but who has for several months appeared to be in danger of losing his job. Mammadyarov already had effectively been sidelined by Hikmet Hajiyev, Aliyev’s top foreign policy adviser. Since the outbreak of fighting on July 12, which has returned the Armenia-Azerbaijan conflict to the eyes of the world’s policymakers and media, Hajiyev has been Baku’s international face and Mammadyarov nowhere to be seen.

Mammadyarov’s ouster became all but inevitable after Aliyev accused him of lying down on the job in extensive comments on July 15.

“The last few days, everything has been undertaken only by my command. I am speaking with my assistant Hikmet Hajiyev probably 10 times a day – do this this way, do this that way, tell this to this person, give these instructions to this person,” Aliyev said at a cabinet meeting.

Then he went in for the kill: “What has the foreign minister been doing? Where has he been? On the 12th, as soon as everything started happening, we were in our offices. The prime minister was at work, I was working until the morning. The minister of defense, the chief of general staff, the head of national security, the interior minister, the head of the intelligence service, the secretary of the security council were in the office until morning. I couldn’t find the foreign minister. I asked [Prime Minister] Ali Asadov: where is he?”

He then turned to Asadov: “What did he tell you? Tell us.”

Mammadyarov has long been seen as ineffective and a poor communicator, but the public campaign against him really took off in April, when he was the subject of a series of critical pieces in government-friendly media. The noose seemed to be tightening earlier this month, when Aliyev criticized the diplomatic negotiations with Armenia as “meaningless” and three senior foreign ministry officials were arrested on corruption charges.

In his broadside, Aliyev again criticized negotiations with Armenia, but specifically some abortive discussions at the foreign ministry level to approve access for officials from the World Health Organization to Nagorno-Karabakh to help the territory – internationally recognized as Azerbaijani territory but de facto controlled by Armenian forces – deal with its coronavirus outbreak.

“Unfortunately, recently our diplomacy has been involved in some useless negotiations,” he said. “What kind of negotiations over COVID can we be carrying out with an enemy country, and country at war with us? It’s absurd. It means we are going to start cooperating with Armenia?!”

The selection of Bayramov is a surprise, as he has no diplomatic experience. And combined with Aliyev’s recent scorn toward the negotiations with Armenia, and even more the heavy fighting that has spoiled any appetite there may have been for compromise, the selection of a relatively powerless foreign minister would seem to bode ill for the diplomatic process.

“Mammedyarov was only ever the executor of policy, not the source of it,” wrote Tom de Waal, an analyst of the Caucasus at Carnegie Europe, on Twitter. “He was a figure of continuity and common sense on the whole. Not good, not good at all.”

In his July 15 comments, Aliyev gave some hints as to what he now expected out of Azerbaijani diplomacy.

“Our diplomatic activity could be more effective,” he said. “I have spoken many times about how our diplomacy needs to be more assertive, rather than passive and defensive. It shouldn’t be a diplomacy taking positions and expressing some positions for the sake of pleasing others." He mentioned in particular promoting Azerbaijan economically, dealing with foreign press, how to work better with diaspora organizations, and responding to “unfounded accusations voiced at international organizations against Azerbaijan” as some priority areas.

Meanwhile, fighting between the two sides resumed on the morning of July 16 after a respite the day before. No casualties were reported on either side.