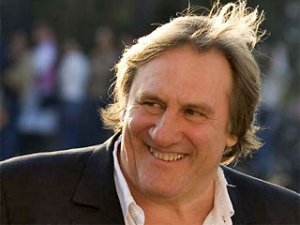 French actor Gerard Depardieu may be known for his string of movie hits and, lately, for his increasing girth, but soon he may be come to known as the public face of Azeri cuisine. According to the Azeri APA news agency, the French actor has recently signed on to star in a commercial the celebrates the glories of Azeri cooking. From APA:


Depardieu is a well-known gourmet and known as a virtuoso wine grower and this is one the reasons why he agreed to star in a promotional film of Azerbaijani cuisine. According to the filmmakers, Depardieu is delighted with the Azerbaijani dishes.

This is Depardieu’s second visit to Azerbaijan. He visited the country last year to be familiarized with local film industry.

The French hunk turned lunk appears to be something of a Caucasian sensation. Along with his ad work in Azerbaijan, Depardieu has also starred in a recent commercial for Armenia's Armavia airline.