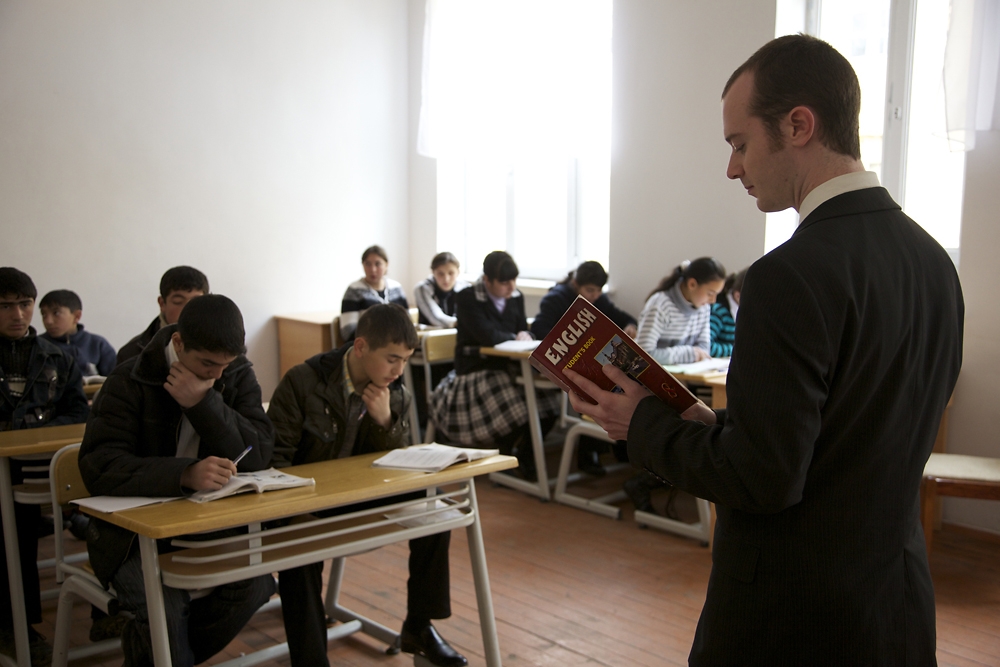 Azerbaijan in recent months has launched a clear assault against various civil-society activists and non-governmental organizations. While rough treatment of critics is nothing new in this energy-rich South-Caucasus country, one question remains unanswered: Why pick up the pace now?

Some observers link this behavior to two causes: The February resignation of Ukraine’s ex-President Alexander Yanukovich in response to mass protests, and the Azerbaijani government’s keen desire for a protest-free 2015 European Games, a Summer Olympics for European countries that is a pet-project of President Ilham Aliyev.

And so, in the best of Soviet traditions, the cleanup has begun.

The tactics appear to fall into two categories – criminal prosecutions and scrutiny of financial resources. Since June, several leaders of local NGOs, critical bloggers and opposition activists have been arrested and sentenced to long prison terms on various criminal charges, including alleged tax-evasion, hooliganism and possession of illegal narcotics.

On July 30, the crackdown accelerated with the filing of criminal charges, including treason, against outspoken human-rights activist Leyla Yunus. She is now in jail for three months awaiting trial. A former defense-ministry spokesperson actively engaged in citizen-diplomacy with neighboring foe Armenia, Yunus and her husband, conflict-analyst Arif Yunus, have been under investigation since April.

Shortly before her detention, Yunus and a group of fellow activists publicly denounced the upcoming European Games as inappropriate for “authoritarian Azerbaijan, where human rights are violated.”A group led by Yunus has appealed to the European Olympic Committee (EOC) and the European Union’s EOC representative office to cancel the decision to hold the Games in Baku.

Yunus’ problems with the government, though, are not unique. The list of people sentenced to prison since June reads like a “Who’s Who” of Azerbaijani civil society.

Anar Mammadli, director of the Election Monitoring Center has been sentenced to 5.5 years on charges of tax evasion; his deputy, Bashir Suleymanly got five years. Hasan Huseynli,  head of the youth-education NGO Kamil Vetendash, or Intellectual Citizen, received six years for allegedly illegally carrying weapons and wounding a person with a knife.  Yadigar Sadigov an activist from the opposition Musavat Party is in for six years on charges of “hooliganism.” And three so-called “Facebook activists,” bloggers Elsever Mursalli, Abdulla Abilov and Omar Mammadov were sentenced to upwards of five years for carrying illegal drugs.

On July 25, Baku police put another Musavat activist, Faradj Karimli, into pre-trial detention for allegedly “advertising psychotropic substances.” All of the accused deny the charges.

The prosecutions follow on the heels of legislative changes that now allow law-enforcement and tax agencies greater scope to audit and fine registered NGOs and ban outright unregistered NGOs’ ability to receive grants.

“If the pressure will continue further, it will not be possible to talk about the normal activity of NGO’s in the country,” warned Elchin Abdullayev, a member of a network of NGO’s created to resist perceived intimidation-tactics.

The fact that these events are taking place during Azerbaijan’s six-month chairmanship of the Committee of Ministers of the Council of Europe, the continent’s primary human-rights organ, seems to pose no contradiction for the government.

And the desire for control apparently extends to international groups as well. The Baku office of the Washington, DC-based National Democratic Institute was officially closed on July 2 after the authorities accused it of financing “radical” opposition youth groups.

Like others, Emil Huseynov, director of the Institute for Reporters’ Freedom and Safety, which also faces funding problems, traces that accusation to Baku’s fear of an Azerbaijani EuroMaidan.

"Two months ago, the deputy head of the presidential administration, Novruz Mammadov, openly accused the US of financing a revolution in Ukraine. Therefore, the authorities want to deprive the local civil society of any foreign funding . . .,” Huseynov charged.

Gulnara Akhundova, a representative of the Danish-run International Media Support NGO, said that the government has refused to register any of the organization’s grants to local NGO’s and individuals. “Most of our partners in Azerbaijan cannot work. The bank accounts of some of them are frozen,” Akhundova said. No reasons have been given.

According to the pro-opposition Turan news agency, the government also reportedly has expressed a desire to halt activities by the US Peace Corps, which has operated in Azerbaijan since 2003.

President Aliyev, however, insists that Azerbaijan has no problem with civil rights. Last month, speaking at the June 28 opening of the Organization for Security and Cooperation in Europe (OSCE) Parliamentary Assembly’s session in Baku, President Aliyev repeated that Azerbaijan is “a democratic country where freedoms of assembly, speech, media and Internet are guaranteed.”

Roughly a week later, speaking to Azerbaijani foreign-ministry officials, he claimed that he had never “heard any criticism of Azerbaijan’s domestic policy at meetings with European leaders.”

If so, it is not for lack of talking.

The OSCE has termed the number of journalists in prison in Azerbaijan “a dangerous trend,” while the European Union on July 17 urged Baku to meet its obligations as “a Member of the Council of Europe.”

A difference in perspective poses an ongoing obstacle, however, noted
US Ambassador to Baku Richard Morningstar on July 25, Turan reported.

“The major task of Azerbaijan is to keep stability. But we believe that if people would get more freedom, there will be more stability in Azerbaijan,” Morningstar said.

While Shahinoglu believes that the US and European Union, for all their energy and security interests, will have to continue pressing Baku about its “poor human-rights record,” President Aliyev already has cautioned that the complaints will fall on deaf ears.

“Some people who called themselves opposition or human rights defenders believe that somebody would tell us something and we will obey,” he commented on July 8. “They are naïve people.”