The authorities have indicated some sensitivity to the public mood, announcing that they are investigating evidence of excessive use of force. 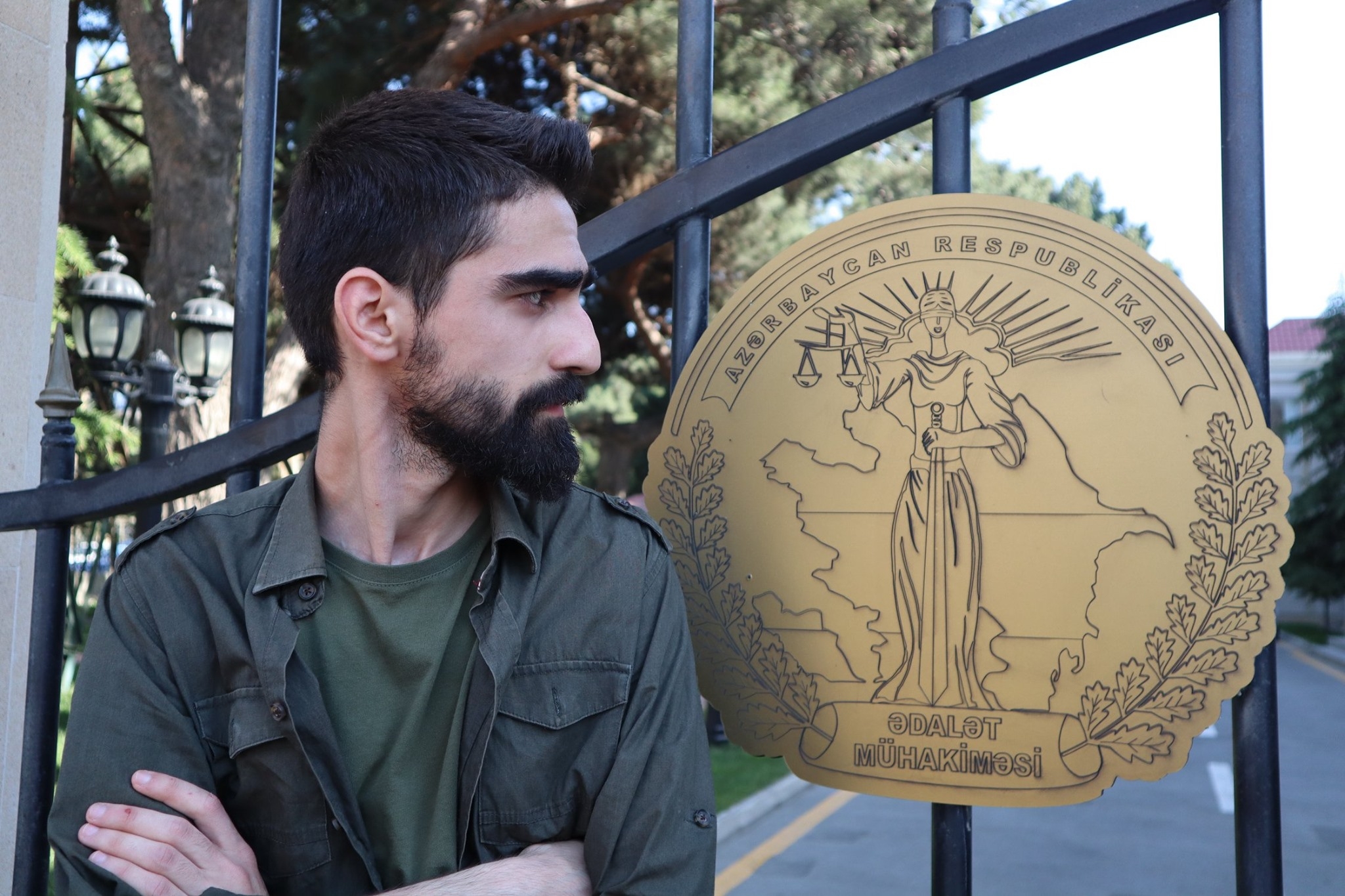 Over the past week, Azerbaijan has been gripped by a public backlash against the country’s law enforcement after police cracked down harshly on violators of a strict weekend coronavirus lockdown.

That has not stopped the government from repeating the exercise, announcing that it will again ban residents from leaving their homes between June 14 and 16.

Azerbaijani social media has been ablaze with anger over videos showing beatings and otherwise rough treatment of people who violated the previous weekend’s lockdown, in particular 11 people detained in Baku’s Yasamal district after residents showered trash on officers who were detaining one violator. The backlash has given rise to a new hashtag, #poliszorakiliginason (end police violence).

The most notorious incident was the detention of a suspect dragged by police from his home in his underwear in a video shot by police themselves.

One widely shared political cartoon depicted the incident and captioned it with a line from the country’s national anthem, "Azerbaijan, Azerbaijan! Glorious homeland of a heroic child."

Well known activist Bakhtiyar Hajiyev described the Yasamal incident in a Facebook post as “the government’s moral terror against its citizens.”

One of the 11 detained, Karim Sulleymanli, said he was beaten “like an animal” for over five hours while in police custody.

Another prominent activist, Giyas Ibrahimov, was roughly detained and fined after hanging a banner from the roof of his apartment building reading “Enough bending! Don’t be silent, speak up!”

Amid the rising discontent, the government said that the worsening COVID-19 situation in the country required it to impose another two-day lockdown.

The quarantine regime will be imposed in Baku, which accounts for roughly half of all coronavirus cases in the country, as well as the cities of Ganja, Lankaran, Sumgayit, Absheron, Yevlakh, and the regions of Ismailli, Kurdamir and Salyan.

While the previous lockdown was on a Saturday and Sunday, the new one will be on Sunday and Monday, from midnight June 14 until 6 am June 16. June 15, a Monday, is a holiday: National Salvation Day, marking former president Heydar Aliyev’s rise to power.

The lockdown rules will remain largely the same as those from the previous curfew. All residents are banned from leaving their place of residence, with the exception of an immediate danger to life or health (in which case emergency care will be provided by ambulance crews) or the funeral of a close relative. Certain government and other authorized workers also will be given special permission to move about.

According to a change made in the lockdown legislation on June 10, however, punishments for violating the curfew may now be issued under the country’s criminal code. Previously they were only punishable as administrative offenses.

Some of the lockdown rules have been softened, however. Residents will be allowed to walk their dogs without special permission. "Citizens can only go outside with their dogs into the courtyard of their house, and not for long,” police spokesman Colonel Ehsan Zahidov told local media. Those allowed to work will be able to use their own car to get to their workplace; under the previous rules they had to either use an official car, walk, or bicycle.

The government also has shown an unusual degree of sensitivity to the public discontent that arose during the previous lockdown.

Azerbaijan’s Human Rights Commissioner Sabina Aliyeva announced on June 9 that she is monitoring the cases of the detained protesters, as well as the associated videos and social media reports.

The Interior Ministry announced the resignation of one of the police who was caught on camera verbally insulting one of the Yasamal protesters and her husband. “As a result of the investigation, it has been revealed that one of the officers spoke in a loud voice to a woman and used inappropriate expressions against her husband,” the ministry said in a statement.

As of June 11, Azerbaijan has registered 8,882 cases of COVID-19, with 108 deaths associated with the disease. Authorities say they have conducted 362,654 tests. Azerbaijan introduced a quarantine regime on March 24 after it registered its first coronavirus case in February.