Azerbaijan: In a Pop-Music World, Still Moved by Mugam 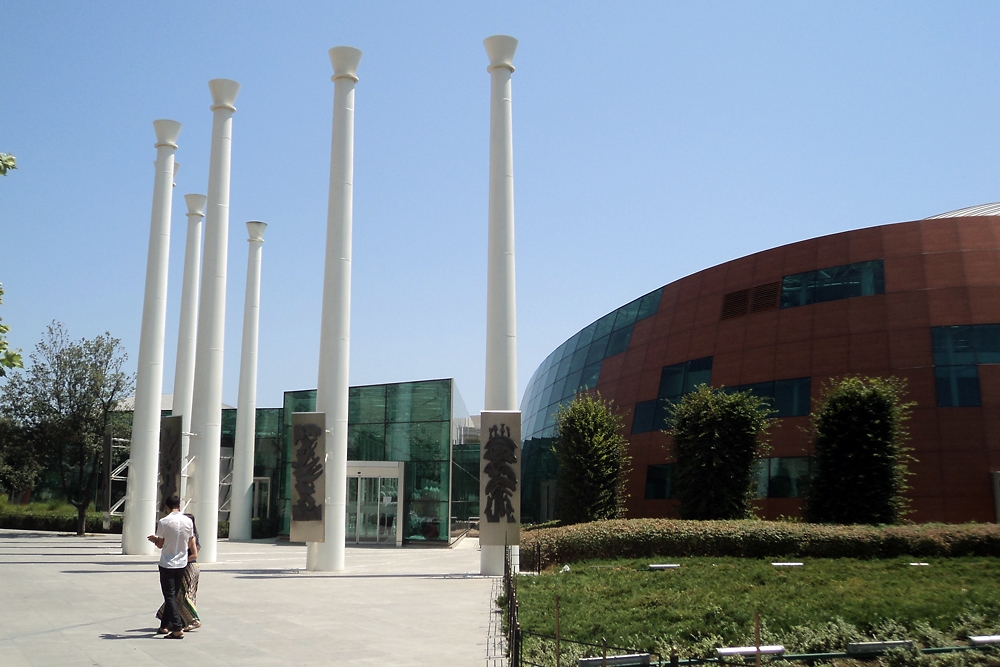 When it comes to Azerbaijan and music, Eurovision – and, now, Jennifer Lopez – have largely hogged the outside world’s attention. But practitioners of mugam, an ancient Azerbaijani form of musical poetry set to percussion and strings, feel no sense of threat. Western pop music and mugam – the one about glamour, the other about ghazals – can peacefully coexist, they say.

The inclusion of mugam into Babayeva’s song was unexpected, Gasimov told EurasiaNet.org, but he described the decision as a matter of “mugam’s destiny.”

Easily the country’s most popular folk music, mugam is believed to predate Islam’s 7th century arrival in Azerbaijan, though the practice of oral Koran readings and the musical ceremonies of the Sufi sect exerted an influence, according to MugamRadio.az.

Enthusiasm for mugam tends to run deeper in villages than in Baku, a city of over 2 million that ranked in Soviet times as a jazz mecca. But the capital’s reputation as a center for mugam – other traditional mugam schools are the breakaway region of Nagorno Karabakh and the eastern city of Shirvan – means that aficionados are commonplace.

Today’s established mugam singers, known in Azeri as khanendes, tend to be social conservatives, but, nonetheless, harbor no complaints about the razzle-dazzle fleshiness of the city’s Eurovision contest.

Such pop-music extravaganzas can do no damage to mugam’s age-old reputation as “the universe” for Azerbaijani music, commented 82-year-old Alibaba Mammadov, another prominent khanende and mugam instructor credited with creating scores of contemporary mugam songs.

“[F]oreign guests were introduced to our culture,” Mammadov said in reference to Eurovision. “The performance of Alim Gasimov, who is our pride, perfectly fit into the show.”

That tolerance may be tested again in September and October when pop stars Jennifer Lopez, Rihanna and Shakira hold solo concerts in Baku for the opening and closing of the Fédération Intérnationale de Football Association (FIFA)’s U-17 Women’s World Cup.

Largely dependent on the Azerbaijani government for support, mugam performers, though, have little choice but to go along with its clear ambitions to turn Baku into a regional pop-music hub.

Both President Ilham Aliyev and First Lady Mehriban Aliyeva, who doubled as the head of Eurovision’s organizing committee, “really support and help mugam a lot,” enthused Arif Babayev, another prominent khanende and the head of the National Conservatory’s mugam department. “[They] organize events that help popularize our folk traditions around the world.”

The Ministry of Culture did not respond to requests for information about the government’s budget support for mugam, but one of the signs stands plainly in Baku.

Built at a cost of 18.5-million manats (roughly $23 million), the International Mugam Center, which contains a 350-person concert hall and a recording studio, opened in 2008, and has hosted two large international mugam festivals in the years since.

Mugam singers themselves also do not go without attention. Most of the popular khanendes carry the title of a National Artist and receive presidential stipends as well as various orders and medals. Bookings are rarely an issue since the government and the semi-official Heydar Aliyev Foundation routinely invite mugam singers to perform at receptions and concerts abroad.

The National Conservatory’s Babayev believes that such attention has increased mugam’s popularity among young Azerbaijanis. “At present, there are more than 100 students studying in our department and the number grows every year,” he claimed.

Along with Azerbaijanis, students from Iran, Turkey and one young man from South Korea – “our pride,” in Babayev’s words – make up the number. After completing the four-year course, graduates, aside from performing, teach at the conservatory or secondary music schools.

Once well established as khankendes, their incomes are not small by comparison with Azerbaijan’s annual per capita income of $10,200. Aside from fees for weddings or other events, a presidential stipend brings in 2,000 manats (about $2,547) per month and a teacher’s salary runs between 200 and 300 manats ($254.75 - $382.12) per month. National Artists receive a 200-manat monthly honorarium.

But that requires time. Despite the initial financial risks of a career in the performing arts, 17-year-old Anar Khankishiyev, an internally displaced person from southwestern Azerbaijan’s Armenian-occupied Zangilan region, says he remains determined to study mugam. It is the “most difficult but most exciting Azerbaijani musical art,” he said.

So long as that native enthusiasm is running strong, mugam – as it did the onslaught of jazz – will hold strong, predicted Azerbaijani pop-music composer Faig Sudjaddinov.

"Mugam is the best thing that Azerbaijan can share with the world as part of its culture,” Sudjaddinov said. “It is a very self-sufficient art…”