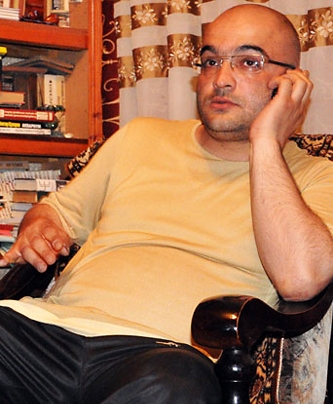 Could it be that pop music, traditionally viewed by conservative governments as a scourge, is precipitating a thaw in Azerbaijan? Human rights activists in Baku are hopeful that is the case following the recent release of a prominent independent journalist from prison.

An observation by US Ambassador Matthew Bryza that Fatullayev’s May 26 release “launches a new era of reforms in Azerbaijan” is helping to fuel an impression that it is linked to Azerbaijan’s recent triumph in the Eurovision pop music contest. Rights activists and foreign governments had viewed Fatullayev as a political prisoner, jailed for his anti-government writings.

“What can be a better start for the preparation process for Eurovision-2012 in Baku?” Bryza told journalists on May 27. So far, officials have not commented on President Ilham Aliyev’s May 26 amnesty. Fatullayev was among about 90 prisoners released overall.

Many human and civil rights activists are inclined to believe that the release of Fatullayev marks the start of a new government trend. Hosting Eurovision next year means increased international scrutiny of Azerbaijan and, in turn, increased pressure for the release of political prisoners, predicted longtime human rights activist Novella Jafarova. “Now authorities will gradually release all, or almost all political prisoners, including recently arrested Bakhtiyar Hajiyev, Jabbar Savalan and other opposition and youth activists,” predicted Jafarova, head of the Baku-based Human Rights Society.

Citing the scrutiny Eurovision will bring to Azerbaijan’s “current political situation,” more than 30 human rights activists, journalists and political analysts have signed an appeal to President Aliyev calling for the release of all political prisoners, journalists, youth and opposition activists. Such action would “reduce the tension in society,” the appeal stated. The group plans to hold a June 1 public discussion in Baku, titled “Eurovision without Political Prisoners.”

Aside from civil society activists, leaders of Azerbaijan’s political opposition will also try to benefit from the country’s current “Eurovision environment,” said political analyst Elkhan Shahinoglu, head of the non-profit Atlas research center. More protests could be in the offing, he forecast. “The violent crackdown on these rallies will create problems for the government and, therefore, I expect that some kind of dialogue could start between the government and opposition soon,” Shahinoglu said.

Imitating a liberalized political environment with Europe’s Eurovision masses at the door will be difficult for the government, he continued. “They will have to undertake new, concrete steps. … I believe that other political activists will also be released in the coming months,” said Shahinoglu.

Leyla Yunus, a prominent rights activist who signed the “Eurovision without Political Prisoners” appeal, remains skeptical that a prolonged thaw is in the offing. “I am not so naïve,” said Yunus, director of the Peace and Democracy Institute, which lists 61 Azerbaijanis as political prisoners.

“We have a situation when one or two people are being released, but ten to 20 others are arrested,” Yunus continued. “Since January 2011 the list of political prisoners has been enlarged by 26 people, including the [banned] Islamic Party’s leaders, youth and opposition activists and bloggers.”

One of Fatullayev’s lawyers, Rashid Hajily, the director of the Media Rights Institute non-governmental organization, noted that international pressure played a significant role in securing his client’s early release. He added that Eurovision-related international attention will probably be sufficient to force the government out of its comfort zone. “International pressure concerning Fatullayev’s case was strong, especially after Baku ignored the [2010] ruling of the European Court for Human Rights [for his release],” Hajily said. “It was more and more difficult to keep him in prison.”

Even skeptics like Yunus believe that Eurovision presents Azerbaijani civil society activists a opportunity to push the government. “We have to fight, to demand the release of all political prisoners and to ensure major rights for freedom of speech, freedom of assembly and so on,” she said.

Shahin Abbasov is a freelance journalist in Baku and a board member of the Open Society Institute Assistance Foundation – Azerbaijan.