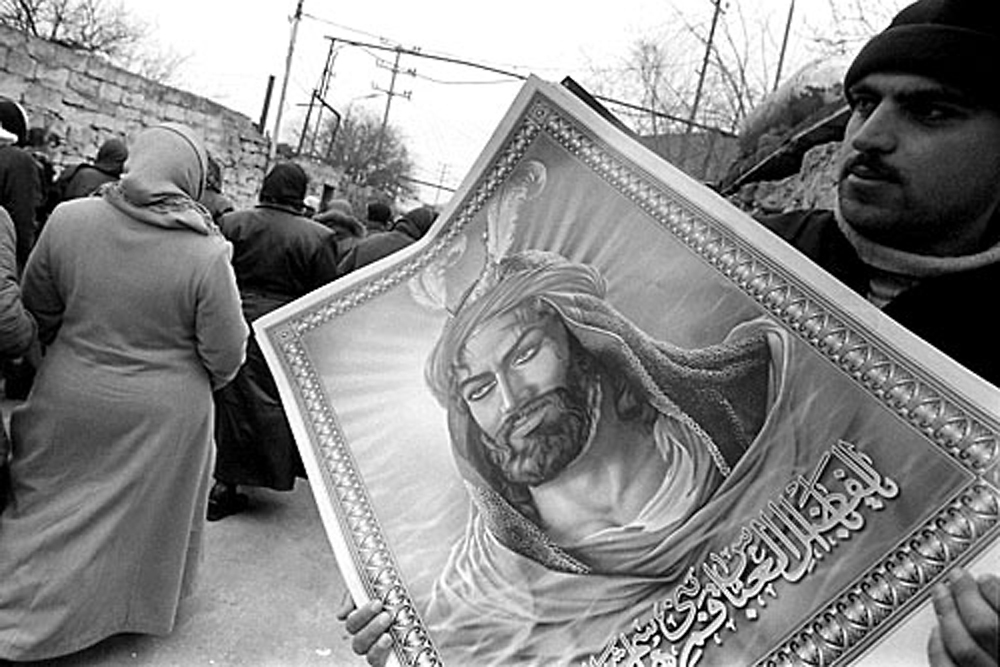 While there are numerous touchstones of tension in Azerbaijan, including corruption and income inequality, local analysts say it’s unlikely that religion will emerge as a major fault line in Azerbaijani society for the foreseeable future.

“This is the most secular Muslim country in the world,” commented Altay Goyuhsov, a professor of Islamic History at Baku State University. “Among Muslim nations, Azerbaijanis are the ones who take religious ceremonies and fasting the least seriously. Men with long beards, and covered women are still unusual in Azerbaijan.”

That attitude stems largely from Azerbaijan’s own history. Traditionally a predominantly Shi’a Muslim country, Azerbaijan spent 71 years as an officially atheist Soviet republic. When the Soviet Union collapsed in 1991, Azerbaijanis, like citizens of other formerly Soviet republics, began looking for an alternative ideology and turned to religion, said Elchin Askerov, a former deputy chairperson of the State Committee for Work with Religions Organizations. But in Azerbaijan’s case, the popular embrace of Islam did not diminish secular traditions.

“Most religious Azerbaijanis never attend a mosque; they do not change their lifestyle according to what Islam describes,” Askerov explained. “Islam is not a lifestyle for them. They do not care if the country’s social and political life contradicts the rules dictated by Islam.”

Speculation about the potential radicalization of Islam in Azerbaijan has been connected to a recent rise of tension between Baku and neighboring Iran. Some Iranian leaders have indulged in provocative rhetoric, and pro-Tehran radicals were suspected of assassinating a prominent secular-minded journalist in 2012. Even so, signs are plentiful, at least in Baku, that the country’s secular orientation remains firm. For example, no campaign exists against Azerbaijanis drinking alcohol, and pork products can be found – though not always -- in supermarkets. Meanwhile, a series of protests to encourage the government to allow females to wear hijab, the traditional Muslim head covering for women, in public educational institutions failed to gain traction.

Within the broader secular context, many Azerbaijanis appear to be interested in probing their spiritual sides. In a survey run for the non-profit Caucasus Resource Research Centers, the number of respondents in Azerbaijan who consider religion a highly important part of their daily lives has increased steadily, jumping from 28 percent of 2,001 respondents in 2010 to 33 percent of 1,829 respondents in 2012. Another 44 percent said they now consider religion a “rather important” part of their daily lives.

Nevertheless, out of that combined 77 percent, only 2 percent attend religious services every day and 3 percent once or more a week. Almost half never fast, another standard Muslim observance, and 20 percent fast only rarely.

Gunel Ibrahimli, a 24-year-old instructor at the Azerbaijan Tourism Institute, is one of them. In her Facebook photos, Ibrahimli poses like a professional model, kitted out in tight pants and mini-dresses. She attends the opera, ballet and art exhibits whenever possible.

But Ibrahimli sees no contradiction between such choices and what she describes as her strong Islamic beliefs. “I grew up in a different society” from strictly observant Arab countries, she explained.

A relatively small number of followers of Salafism, an ardently conservative movement within Sunni Islam, are found in Azerbaijan. For Salafis, such practices as the avoidance of alcohol and modest forms of attire are a must.

“Being secular means one wants to enjoy the pleasures of the world. What Islam says is contradictory. Those pleasures are prohibited for Muslims,” said Ramin Hamzayev, a 36-year-old practitioner of Salafism who works in construction in Baku.

Most Azerbaijanis tend to view Salafism with suspicion. The movement entered Azerbaijan in the early 1990s from Saudi Arabia, but and has never attracted a large following, analysts say. “Azerbaijanis prefer to follow what their own mullah says, rather than think about what highly educated clergy from Iran or Arab countries try to explain to them,” said Goyushov, the Baku State professor. “Anything new shakes their traditional religious values.”

The government, while giving a formal nod to Azerbaijan’s Islamic heritage, actively works to reinforce the country’s secular orientation. Religion is not taught in Azerbaijani public schools, mosques must register with the government, and strict controls mandate what religious reading materials can be sold in shops. References to Azerbaijan’s identity relate to purely secular matters – the country’s booming oil-and-gas industry, the makeover of downtown Baku or the launch of the South Caucasus’ first communications satellite this February.

Again, Azerbaijan’s assertively secular, Soviet background comes into play. While 40.9 percent of the country’s 9.6 million people are under the age of 25, older generations “are Soviet-educated … They are very secular,” noted Askerov, now chairperson of Baku’s non-profit Religious Research Center. “They did not grow up with religious traditions. So, they can be critical about Islam; they feel OK to question it.”

Such a critical attitude, however, disturbs 23-year-old IT specialist Farid Ibrahimov, another practicing Salafi, who is the only believer in his family. His father, he says, advises him against wearing a beard and attending mosque, and his mother refuses to wear hijab.

“I get very disappointed when my father says life is short, just have fun,” Ibrahimov recounted. “Most Azerbaijanis are illiterate about Islam. They see it as something backward. I cannot interest my family because they do not believe in an after-life.”

But, for Ibrahimli, no reason exists why she cannot be both secular and a practicing Muslim. “Islam is something very individual to me. It requires a … logical approach,” she said. “[T]hat is how most Azerbaijanis see the religion. That is great.”