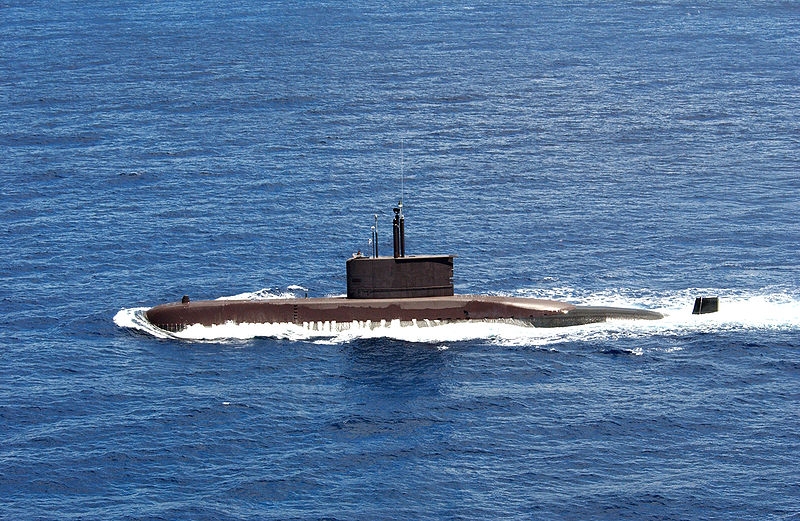 A South Korean Chang Bogo class submarine, soon to be in Azerbaijan's arsenal? (photo: US Navy)

But the Korean story points out two reservations that Seoul has about such a sale: the danger of angering Russia and the fear of destabilizing the South Caucasus. One of the lawmakers, Kim Kwan-Jin, said "We still have to decide for ourselves, is it worth it to deliver arms to a country which has a territorial dispute with another government," he said, referring to the conflict between Azerbaijan and Armenia over the territory of Nagorno Karabakh. But he added: "Azerbaijan expressed a very strong interest and desire to buy our weapons." (Note: though the news stories out there identify Kim as a member of parliament, South Korea's defense minister has the same name and it's not clear if it's the same person.) And the South Korean ministry of foreign affairs is reportedly "generally against" the sale, recommending that the defense ministry "show special caution and restraint."

It wouldn't be South Korea's first military business deal on the Caspian: Seoul has donated some secondhand patrol boats to Kazakhstan, and has been in talks with Kazakhstan's navy regarding the sale of corvettes and to build a new shipyard on Kazakhstan's Caspian coast.

It sounds like there are enough reservations in Seoul that this deal won't go through, at least at the volume that Baku apparently wants. But it's some interesting insight into Azerbaijan's wish list, especially for its Caspian navy.