Azerbaijan May Benefit from the Russia-Ukraine Crisis 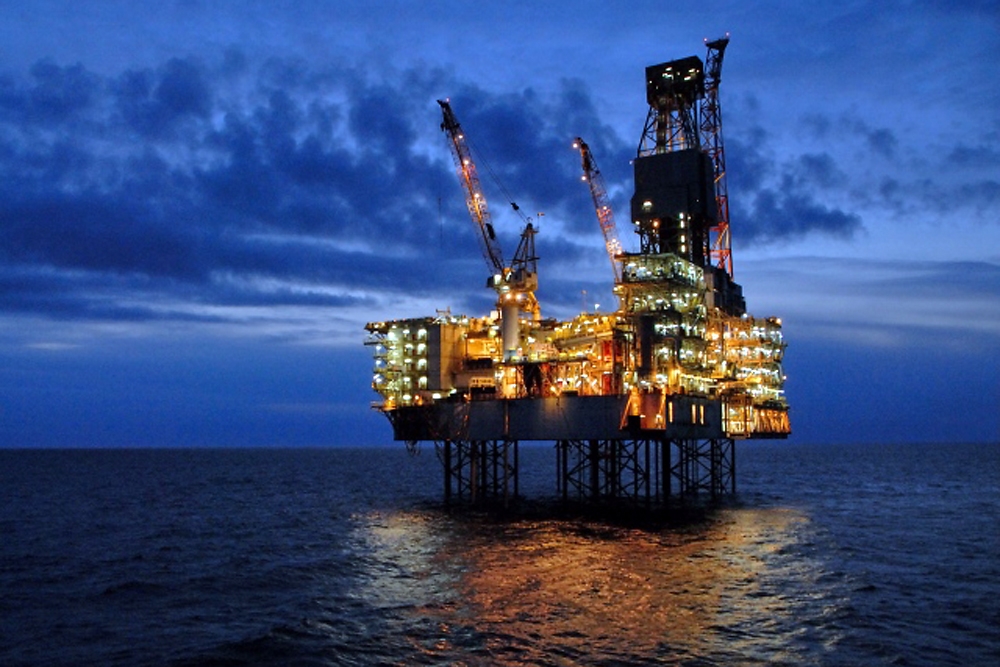 More natural gas coming out of the Shah Deniz field in the Caspian Sea will soon make its way to European customers. (Photo: BP)

Energy-rich Azerbaijan could emerge as a winner in the international crisis over Crimea, if the West pushes away from Russia as a natural-gas supplier, Azerbaijani analysts say. Diplomatic sensitivities, namely a desire in Baku not to rile Russia, means that any Azerbaijani effort to capitalize on the crisis will take place behind the scenes.

In contemplating responses to Russia’s land grab in Crimea, European Union members have wrestled with a dilemma rooted in their dependency on Russian natural gas imports. Any EU economic sanctions on Russia could end up disrupting those gas supplies. And even if the Crimea crisis is somehow settled, lingering tension between Ukraine and Russia could impact EU gas imports, given that roughly a third of those Russian imports traverse Ukrainian territory.

Uncertainty over Russian supplies opens a door for Azerbaijan, which long has harbored European ambitions. In 2013, it produced 29 billion cubic meters of gas, roughly 62 percent of which is tradable gas, according to Energy Minister Natig Aliyev; it expects to increase that number by 2 billion cubic meters in 2014.

Compared with Russia – in 2013, the world’s second-largest gas producer (668 bcm) after the United States – Azerbaijan is not “a proper alternative for Russian energy sources,” but already, it is “a major point in Europe’s efforts to decrease its dependence on Russian gas,” commented Elhan Shahinoglu, head of Baku’s non-governmental Atlas Research Center.

The courtship recently has focused on the sprawling Shah-Deniz field, which contains an estimated 1.2 trillion cubic meters in gas reserves. Starting in 2019, Albania, Greece and Italy, the latter major Russian gas customers, will receive about 10 billion cubic meters of gas per year from the second phase of Shah-Deniz’s development.

Shahinoglu expects the EU now to increase its support for the two pipelines that will ferry those supplies to southeastern Europe -- the Trans-Anadolu Pipeline (TANAP), controlled by Azerbaijan’s state-run SOCAR energy company, and the Trans-Adriatic Pipeline (TAP), in which SOCAR holds a 20-percent stake.

On March 12, SOCAR Deputy Vice President Vitaly Beglyarbekov told a Baku conference that the company is ready to make its gas-infrastructure accessible to additional countries, the Turan news agency reported.

In theory, those supplies even could start this year, commented energy expert Ilham Shaban. In particular, it could ensure supply diversification in one European market completely reliant on Russian gas -- Bulgaria. “If the EU will finance the construction of a short, 180-kilometer interconnector between the gas distribution networks of Turkey and Bulgaria” it could transport 2 billion cubic meters of gas to Bulgaria in 2014, said Shaban. The project “could take a few months and would not require big investments.”

The European Union, however, “is slow in decision-making, which we witnessed with the Nabucco project,” Shaban continued. “I am not sure there is enough will to move forward.”

The EU delegation in Baku did not respond to a request for comment. Other prospects for getting gas to Europe via Azerbaijan are more speculative.

A plan to send liquefied natural gas to Ukraine and Romania via Azerbaijan’s northern neighbor, Georgia, and the Black Sea “was largely forgotten due to its high cost and a lack of investors,” Shaban noted. He added that “now the EU and the US could revive it,” but no sign exists of such activity.

A role for Azerbaijan as a gas middleman for Europe also could be in the offing. In mid-February, Azerbaijani Foreign Minister Elmar Mammadyarov offered Iraq access to both the TANAP and TAP gas pipelines. Baghdad has not responded to the offer.

Shahinoglu believes that the EU might as well try to encourage exports of Turkmen gas via the Caspian Sea and Azerbaijan. BP-Azerbaijan has indicated its interest, Turan reported. Long-standing differences between the two countries, though, could prove a stumbling block. In addition, Turkmen leader Gurbanguly Berdymukhamedov has a long track record of not following through on various commitments.

As Azerbaijani officials contemplate their options, they are treading carefully. Their chief concern is to conduct their energy diplomacy in a way that does not incite Russia’s paramount leader Vladimir Putin into engaging in punitive mischief. Accordingly, Baku hasn’t issued any official statements about the Crimean crisis; Azerbaijani officials were similarly reticent during the 2008 Russia-Georgia war.

High-profile consultations with the EU or US about expanded energy are unlikely, reasoned Shahinoglu. “But the issues could be discussed quietly and behind closed doors,” he said.

In addition to broader energy-export possibilities, Azerbaijan could end up with an enhanced security role connected with the US and NATO withdrawal from Afghanistan.

Following Russian forces’ February 28 invasion of Ukraine, Washington ended its military cooperation with Moscow, action that could affect its ability to use Russian territory or air space for transporting equipment and military personnel out of Afghanistan. At a March 11 US Senate hearing on his nomination to head the US Transportation Command, US Air Force Gen. Paul Selva pledged that “we’ll have to look at using other options than the over-flight or transit through Russia should the conduct in the Ukraine continue,” Military Times reported.

With a question-mark now hanging over the future of the Russian route, and the Pakistan corridor already considered prone to disruption, Azerbaijan constitutes a “reliable transit” option for the Alliance’s withdrawal from Afghanistan, asserted Baku-based analyst Vafa Guluzade, a former top foreign-policy aide to the late Azerbaijani President Heydar Aliyev.

Military expert Jasur Sumarinli, director of the think-tank Doctrine, agreed. He predicts “some high-ranking consultations” will soon occur to explore whether Azerbaijan’s share of Afghan transit can rise “at least 60 percent by the end of 2014.”

Pentagon officials are guarded on the topic, and US diplomats in Baku did not respond to a request for comment. A spokesperson for Azerbaijan’s Ministry of Foreign Affairs also declined to comment.