The Turkic history of the khanate – on the territory of modern-day Armenia’s capital – has emerged as one of the Azerbaijani government’s main ideological weapons. 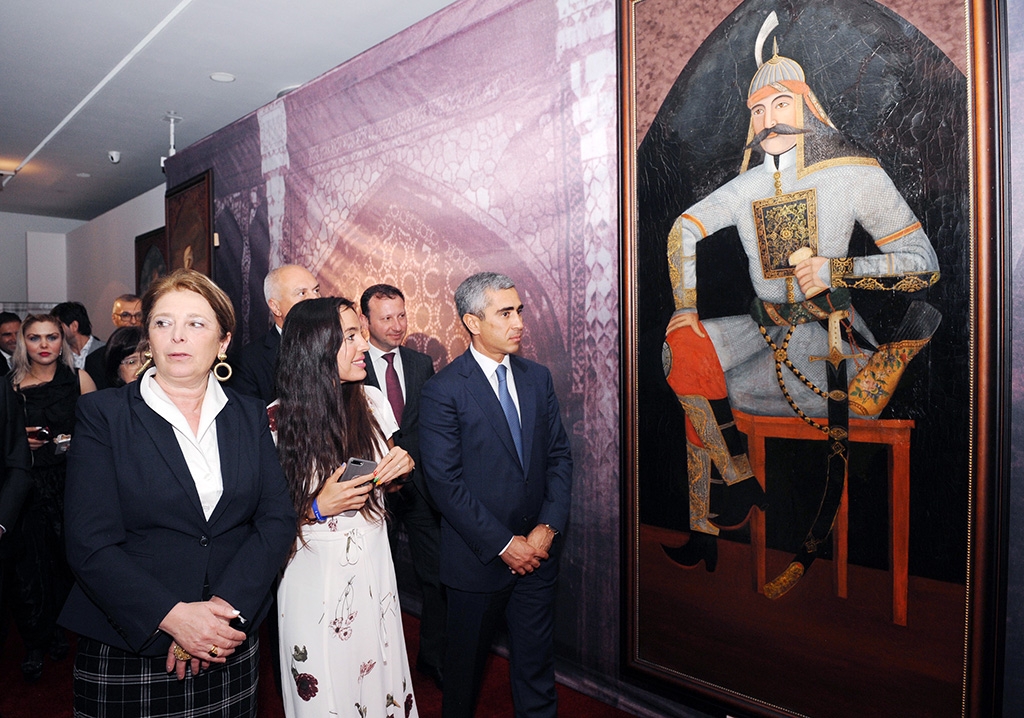 A new exhibit in Baku is showcasing never-before-shown artifacts from Yerevan’s Muslim past: the Erivan Khanate, a statelet that existed from the 16th through the 19th centuries on the territory of what is now the capital of Armenia.

The Erivan Khanate has emerged as one of Azerbaijan’s primary weapons in the historical wars it fights with Armenia, as the two countries trade claims over the “true” owners of lands across the Caucasus. Azerbaijani government rhetoric uses the history of the khanate – ruled by Turkic-speaking khans under Persian suzerainty – to try to delegitimize Armenia’s claim to its own territory and defend itself against analogous Armenian claims against its territory.

Now a high-profile exhibit devoted to the khanate displays about 300 artifacts, including paintings and miniatures, clothing, and items from the Sardar Palace, the khanate’s seat of power. The exhibition was put on by the Heydar Aliyev Center – dedicated to the former president and run by the wife of the current president, Ilham Aliyev – and the Azerbaijan Ministry of Culture.

Much of the exhibit comes from the Georgian National Museum, which inherited the collection from the tsarist era. When Russian forces conquered Erivan in 1827, valuables were taken to Tbilisi, then the center of Russian administration in the Caucasus. The items were first stored at the Caucasian Department of the Russian Royal Geographic Society, and then were eventually inherited by the Georgian National Museum. Until now they had never been shown. 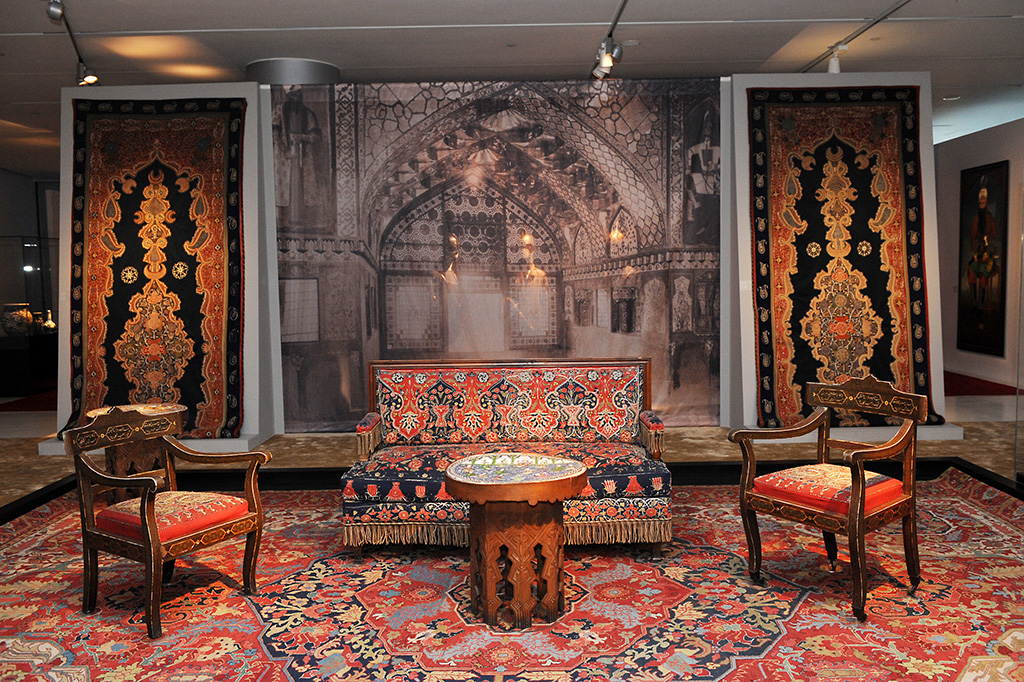 Georgia has mostly tried to maintain a neutral position in the conflict between Armenia and Azerbaijan, and David Lordkipanidze, the general director of the Georgian National Museum, said the exhibition is “not against anyone, including Armenians.” He told Eurasianet that, by contrast, it was meant to promote unity. “The Caucasus must take its place in the world – a place where there is no room for conflict. It can become a place of unification, where different generations build common values.”

But Azerbaijan’s official promotion of the Erivan Khanate is inextricable from its conflict with Armenia.

The Erivan Khanate gets a disproportionate amount of attention in Azerbaijan, said Cavid Aga, an Azerbaijani social media personality and history buff. “You see conferences, symposiums about this [Erivan khanate], but you see little about other medieval statelets, which actually played a more significant role in those times. I can’t find much about other khanates, other medieval statelets, even the Baku khanate,” Aga told Eurasianet. “They are really pushing this.”

President Aliyev caused a stir last year when he called Yerevan and other territories in current-day Armenia “historic Azerbaijani lands,” and said that Azerbaijanis should “return” to them. Following that call, Azerbaijani government officials' Twitter accounts began promoting a high-production-quality video, produced by the Ministry for Youth and Sport, arguing for Yerevan's Azerbaijani origins. “The city … is clearly one of Azerbaijan's cultural centers,” the narrator says.

Azerbaijan has seized on the history of the Erivan khanate, and the fact that Yerevan was a Muslim-majority city until the 20th century, to respond to analogous Armenian claims: that the 14 percent of Azerbaijani territory that Armenian forces control is historically Armenian and thus by rights belongs to them today.

A “wide-ranging fetishization of the Erivan khanate” first began in the mid-2000s, writes scholar Laurence Broers in a new book, Armenia and Azerbaijan: Anatomy of a Rivalry. The focus on Erivan exemplifies a phenomenon Broers calls “wide Azerbaijanism,” an expansive vision of Azerbaijan’s geographical identity to include territories outside Azerbaijan, particularly those in Armenia. “Mirroring Armenian geopolitical culture’s own depiction of ‘Turks,’ Armenians are portrayed as usurping interlopers with neither an indigenous state nor a culture of their own,” Broers writes.

“The younger generation, and the entire world, should know about” the history of Erivan, Aliyev said last year. “I am glad that scientific work is being done, films are being produced, exhibitions are organized about the history of our ancestral lands. In the years ahead we must be more active in this direction, and presentations and exhibitions should be organized in various corners of the world.”

This exhibit appears to be one of the fruits of that activity.

The exhibition is aimed at “increasing public awareness about preserving our national cultural and historical heritage,” the curator of the exhibit, Emin Mammadov, told Eurasianet. “Our cultural heritage keeps our integrity as a people.”

“This exhibition is significant because we’ve always had books and papers about how Armenia, Western Azerbaijan is our ‘ancient lands, our ancestral lands,’ but we never had this material evidence,” Aga said.

In today’s Yerevan there are barely any traces left of the khanate, save for the 18th century Blue Mosque, typically depicted as an “Iranian” mosque. Otherwise, the monuments from the khanate – including the once-magnificent Sardar Palace – were allowed to fall to ruin by Russian and then Soviet administrators.

One of the highlights of the exhibition is a collection of photographs of the crumbling fortress by Dmitri Ermakov, a Russian photographer who traveled throughout the Caucasus in the last two decades of the 19th century. “Then you think, why is someone not preserving one’s history?” Mammadov asked. “Maybe someone planned to make sure that it will be forgotten.”