The inauguration of a new airport in Zangilan, bordering Armenia, comes as Azerbaijan is pushing ever harder for its “Zangezur corridor.” 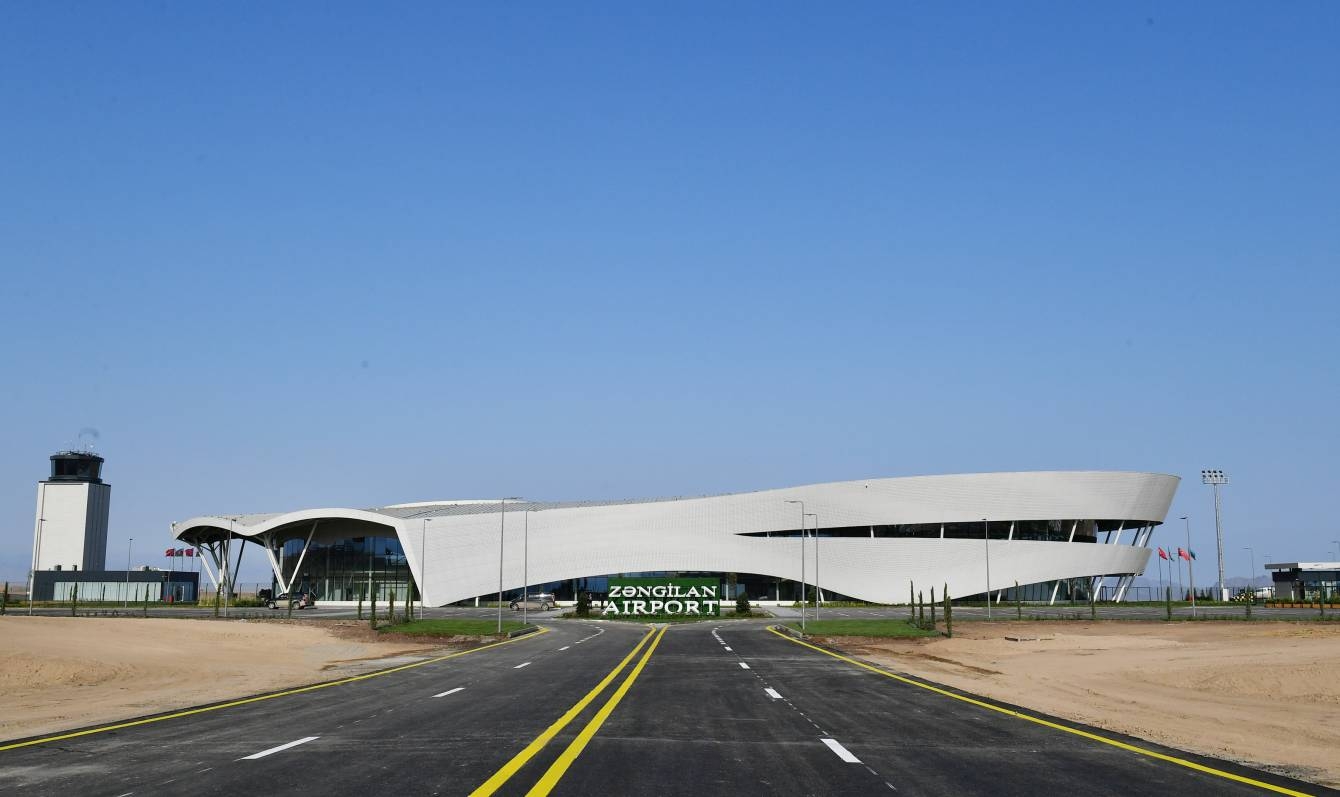 Azerbaijan has opened a new international airport in Zangilan, the second airport it has constructed in Karabakh since its victory in the 2020 war against Armenia. The airport, near the borders of Iran and Armenia, has been envisaged as a hub in Azerbaijan’s “Zangezur Corridor” project.

The airport was officially inaugurated at an October 20 ceremony attended by President Ilham Aliyev and his counterpart from ally Turkey, Recep Tayyip Erdogan. Erdogan flew in his official plane directly to Zangilan, marking the first international arrival at the airport.

It followed last year’s construction of another international airport in Fuzuli, another of the territories that Azerbaijan regained in the 2020 war. A third airport is planned for another Karabakh region, Lachin, which is scheduled to open in 2024.

The inauguration of the the airport in Zangilan comes as Azerbaijan has been pushing to realize its Zangezur Corridor project, aiming to create a seamless transportation route connecting Azerbaijan’s mainland to its exclave of Nakhchivan through southern Armenia.

The opening of a transportation link between Nakhchivan and the rest of Azerbaijan was stipulated in the November 10, 2020, ceasefire agreement, which ended the war. But since then Armenia and Azerbaijan have offered sharply differing interpretations of that provision; Azerbaijan is insisting on a highway across southern Armenia, in parallel to a rail route that is currently being constructed, over which Armenian officials would not be able to run inspections or collect customs. Armenia has rejected what it calls the “extraterritorial” nature of such a road; Prime Minister Nikol Pashinyan has repeatedly called it a “red line.”

The Zangilan Airport has been conceived as part of the multimodal transportation network that Azerbaijan sees as connecting to Turkey and beyond.

“The Zangilan Airport is one of the most important projects from both an economic and strategic point of view,” member of Azerbaijani Parliament Vugar Bayramov wrote on Facebook ahead of the opening ceremony. “Zangilan is a district with great potential in terms of economy and tourism. Products produced here can be used not only domestically but also exported directly to foreign countries. The Zangilan Airport will be integrated into the Zangezur corridor, which will be put into use in the near future.”

Erdogan, too, touched on the theme of the Zangezur Corridor in his remarks, at a press briefing later in the day in the neighboring Jabrayil district, placing it on Beijing's "Middle Corridor" from China to Europe.

"In my opinion, fears and worries among some circles about the Zangezur Corridor, which will connect Nakhchivan to Azerbaijan, are unfounded. There is no place for such fears after the steps taken in all of Karabakh," he said. “Azerbaijan is moving forward with confident steps. This road, while contributing to peace and stability in the region, will present opportunities of trade and investment for countries on the Middle Corridor route with access to the Caspian Sea.”

The runway of the new airport is 3,000 long and 60 meters wide, allowing it to “receive all aircraft types, including wide-body heavy cargo aircraft,” the news agency Report.az reported. The terminal will be able to serve 200 passengers per hour, it said. The airport code will be ZZE.