Will the new parliament be the same rubber stamp as the current one? Will it pave the way for the country’s vice president and first lady to take over? 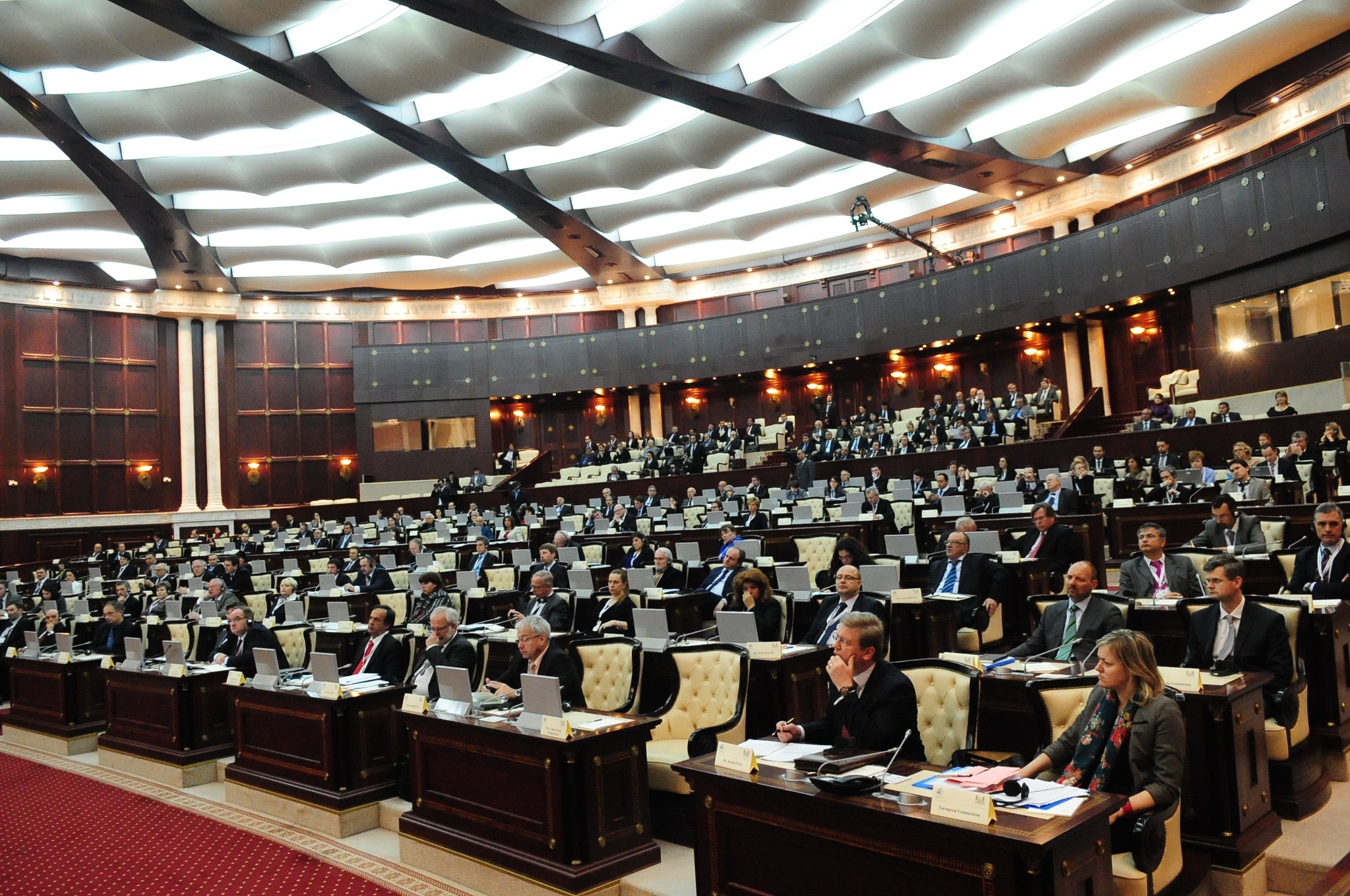 Azerbaijan’s parliament has voted to dissolve itself, setting the stage for snap elections early next year. On the same day, the government announced that it is reorganizing itself with a new cabinet structure.

The two moves suggest an acceleration of the ongoing process of bringing in new, younger and technocratic personnel to manage the country. What remains unclear is to what extent this portends real changes in the way the country is ruled and to what extent it is merely window dressing for the heavily top-down government.

The authorities presented the new moves as part of a “reform” effort that they claim is underway in Azerbaijan. “The recent fundamental reforms in Azerbaijan have reached a qualitatively new stage,” read the December 2 parliamentary decision to dissolve itself. “In order to further accelerate these reforms and cover all branches of state power, there is a need to improve, increase efficiency, renew the Azerbaijani parliament’s activity so that it is consistent with the country’s dynamic development and comprehensive reform strategy.”

The decision was adopted with a 99-1 vote.

“Reforms are taking place in every corner of our country,” President Ilham Aliyev said the same day, at a ceremony giving an award to an official whose department was being eliminated as part of the restructuring. “In the coming days a new structure of the cabinet of ministers will be confirmed. In the near future parliament will be reorganized. This is a natural process. At the same time there is a process of rejuvenation, which is also natural, because we need to give young cadres the possibility to show their capabilities.”

While the last year has seen a handful of reforms – increases in wages and pensions, a streamlining of the tax system, the release of dozens of political prisoners – most independent observers consider them meager at best, instead interpreting them as modernizing the administration while maintaining its deeply authoritarian nature.

Reports have circulated over the last year about potential snap elections, and analysts have identified a number of potential reasons. For one, economic discontent – the Asian Development bank projects Azerbaijan to have the slowest-growing economy in the region – has combined with a growing dissatisfaction with Aliyev’s rule, and the government may want to appear that it is shaking things up.

This has been exacerbated by the political changes in Azerbaijan’s foe and neighbor, Armenia, and some in Baku worry that that the conflict between the two countries could be increasingly portrayed as one between a dictatorship and a democracy, in which international goodwill would naturally favor the latter.

In addition, the cadre turnover that has already happened has favored family members and other associates of the first lady and first vice president, Mehriban Aliyeva. That has fueled speculation that she is being groomed to take over for her husband. Aliyeva made a high-profile state visit to Moscow just a week before the parliament and cabinet reshuffles were announced, and many interpreted the latter moves as paving the way for her to take over.

“After the new elections … it is likely that the transfer of power to [Aliyeva] will be completed in the near future,” Akif Gurbanov, the head of the Baku-based Institute for Democratic Initiatives, told OC Media. “This is the next stage on the path of a smooth transfer of power from the president to the first vice president,” said Shahin Rzayev, political columnist for JAM News.

It’s not clear when the parliamentary elections will be held now, but they have to be announced 60 days in advance. Previously they had been scheduled for November 2020.

Azerbaijan’s beleaguered opposition has split on the question of whether to participate. The Republican Alternative party has already announced its intention to compete, while a bloc of other parties, the National Council of Democratic Forces, said that it would not take part in elections unless significant electoral reforms were carried out first. The elections “are not intended to carry out democratic reforms, but to further concentrate power in the hands of one family,” the council said in a statement.