Azerbaijan plans for resettlement in Shusha

A new development plan envisages thousands of Azerbaijanis moving back to the city. But what will they do there? 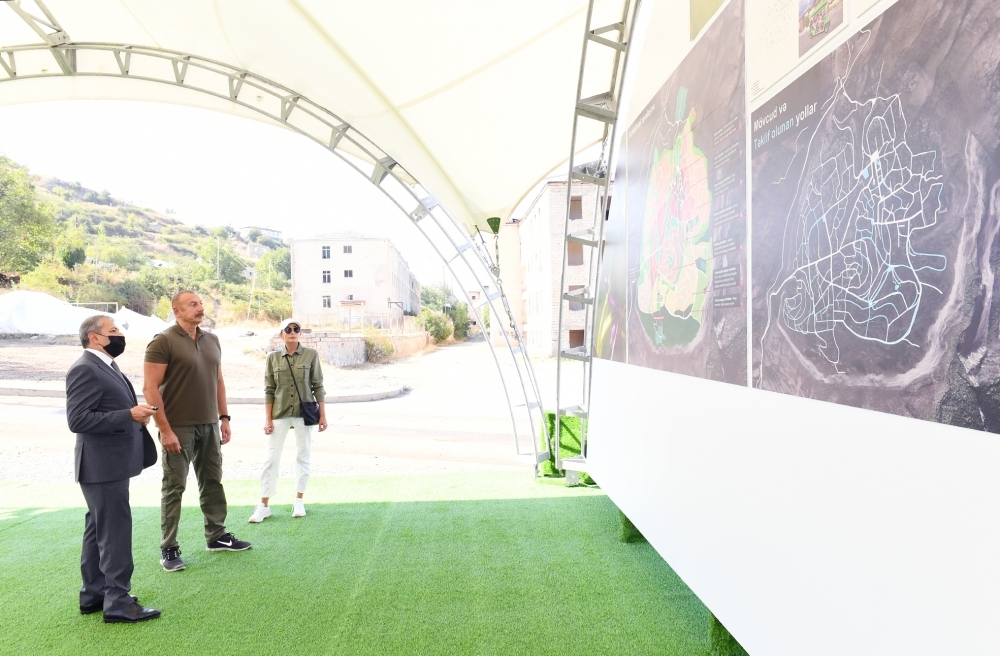 A new general plan for Shusha envisages the return initially of 2,020 residents – symbolizing the year that Azerbaijan rewon control over the city – living in new residences congruent with the city’s historic character.

But since the plan was rolled out, Azerbaijanis have been wondering what jobs these would-be returnees will be able to hold.

The new plan, developed by British firm Chapman Taylor, was presented to Azerbaijani officials at the end of August. The plan itself has not been released but official media has reported it calls for the construction of six new neighborhoods with 25 new apartment buildings, and 18 kilometers of new roads. It also emphasizes the “preservation of the city's historic magnificence.” The city is regarded by Azerbaijanis as their cultural capital in Karabakh, and has been the home of many of Azerbaijan’s great musicians, poets, and other artists.

Azerbaijan lost control of Shusha in the war with Armenia in the 1990s, but regained control of it as a result of the second war last year. The city has since become the focus of Azerbaijan’s reconstruction efforts in the newly retaken territories.

The development plan also seeks to “preserve greenery of the city” and build “green corridors,” or park spaces throughout the city. “As a result, we will preserve the ecological purity of the city, ensure pedestrians’ comfortable movement, and attract tourists,” Ramiz Idrisoglu, spokesperson of the State Committee on Urban Planning and Architecture, told BBC Azerbaijani.

The plan is “very comprehensive, beautifully-written,” President Ilham Aliyev said during a recent visit to Shusha, where he laid the foundation for the first apartment building to be built according to the plan.

“These works show that Shusha’s revival is going rapidly and Shusha residents are coming back to Shusha,” Aliyev added. “They not only come to pay a visit to their native city, but also are provided with jobs at newly opened businesses here.”

While the reconstruction of the city has begun, questions have arisen regarding the prospects of employment and economic prospects when a civilian population begins to return. Talking about the businesses already operating in Shusha, Aliyev gave the example of one hotel, “Karabakh,” which has a capacity of 150 rooms.

A handful of other businesses also operate, serving the military officers and their families who are now in the city, as well as visitors.

On October 5, the first post-war restaurant in Shusha, a branch of a local chain, started serving customers. Previously, a BBC Azerbaijani dispatch from Shusha in September reported that two supermarkets belonging to large local chains had opened. A bakery has been operating there since shortly after the end of the war.

Gubad Ibadoglu, an economist and opposition politician, told Eurasianet that he does not doubt that the government will manage to meets its goals of construction of Shusha residences, as “its biggest experience since gaining independence is in dismantling and building.”

Ibadoglu added: “However, resettlement won’t be that easy, because as long as there isn’t a special program to provide jobs for people to be resettled, their stay won’t be stable.”

An RFE/RL report from September profiled two families who had been displaced from Shusha and who now are hesitant to move back to their home city.

While one insisted that they would move to live only in a house with a yard, like the home from which they were displaced, one woman said they would need well-paying, reliable jobs in Shusha to look after the 10-member family.

The State Committee on Refugee and IDP Affairs told RFE/RL that the government will take “all necessary measures to develop the economy in the liberated territories”.