The government is heavily publicizing the concept, which could increase the economic efficiency of rural communities but also place them under greater central control. 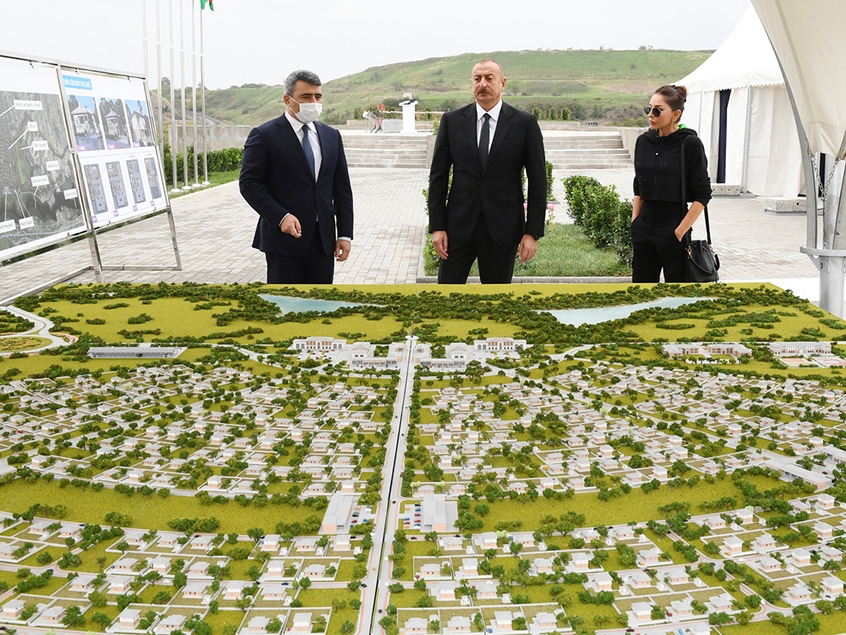 As Azerbaijan prepares to resettle hundreds of thousands of its citizens in the territory it retook during last year’s war, it has embraced a new development concept: “smart villages.”

The idea has become popular around the world; it envisages small communities using the latest technologies like digital connectivity, automation, and renewable energy to maximize economic development.

The Azerbaijani government tentatively explored the idea before the war: a State Program of Socio-Economic Development of Regions of the Republic of Azerbaijan 2019-2023 called for two pilot “smart villages” to be created.

But the idea has gained momentum following last year’s war, in which Azerbaijan retook more than 8,000 square kilometers of territory in and around Nagorno-Karabakh, about 75 percent of the land it had lost to Armenian forces in the first war in the 1990s. More than 600,000 Azerbaijanis were displaced in that war; many of those now hope to return.

The Ministry of Agriculture has explained that the smart villages will introduce agriculture based on “modern technologies and joint management and control,” but that the concept goes beyond simply farming methods. “The concept consists of ‘smart’ street lighting, cold- and heat-resistant homes, management of household waste, the installation of hydro and solar power stations and biogas energy,” the ministry told the Turan news agency.

The government is spending $1.3 billion this year alone on building “smart cities and villages,” Aliyev told a September meeting of the United Nations General Assembly.

Azerbaijani state-affiliated media have covered the smart village concept extensively, repeating government talking points that the use of automation will reduce the need for human labor.

But analysts are divided on whether the government's enthusiasm for "smart villages" is warranted.

Gubad Ibadoglu, an economist and opposition politician, said that the government could have implemented projects like "transparent villages" or "accountable municipalities" instead of smart villages.

"But in this case, corrupt officials and businessmen will take control of the allocated money, and the work they do will only be an imitation," Ibadoglu told local outlet Toplum TV, adding: "Then it will turn out that there are no smart people or smart government to manage the ‘smart villages.’”

Critical attention also has fallen on another of the government’s plans for redeveloping rural Karabakh: the expansion of the country’s “agropark” system.

Agroparks are large-scale, government-backed agribusiness enterprises that started operating in Azerbaijan in 2012. A total of 49 agroparks have already been established in Azerbaijan, and a recent journalistic investigation by the independent news agency Turan identified the owners of 38 of them, who were primarily businesspeople connected to the government. The largest single operator of agroparks was Pasha Holding, owned by Aliyev’s two daughters, which owns nine agroparks around Azerbaijan.

Agroparks in Azerbaijan are "sustainable businesses because the government creates all the infrastructure necessary and provides subsidies for them to operate," Ibadoglu told Eurasianet.

Turan found that two of the agroparks were in Karabakh, in Sugovushan and Hakari. The outlet did not identify who the owners were.

The government signaled its interest in expanding the agroparks into Karabakh shortly after the end of last year’s war. In March, the Economy Ministry told state-affiliated cable Space TV that research is “being carried out in the liberated territories regarding the creation of agroparks and proposals are being prepared.”

While there have been no further details announced, during a visit this month by Aliyev to the Jabrayil region, the president was briefed on a new 50-hectare agropark there.

Ibadoglu said that the agroparks in the newly retaken territories likely will be controlled by powerful people, as well. "Those with a high degree of loyalty to the ruling family are prioritized, and Karabakh won't be an exception," he said.

Other analysts, though, emphasize the potential efficiency of the government’s development model. The “smart village” system will allow all government services in Karabakh to be organized in one centralized system, said Elmir Safarli, another economist. "And this in turn will pave the way for the best tech projects in the region to be applied and facilitate the flow of investments into Karabakh in the future," Safarli said.

While Azerbaijan faces challenges implementing the smart village (and the related “smart city” concept), Karabakh is an ideal place to experiment, wrote urbanist Anar Valiyev in an article for the Baku Research Institute. “The whole territory is devastated, and there is no infrastructure now; therefore, it should be built from scratch, and certain types of innovations should be implemented,” he wrote. “While doing this, the needs and demands of the population should be the primary consideration.” 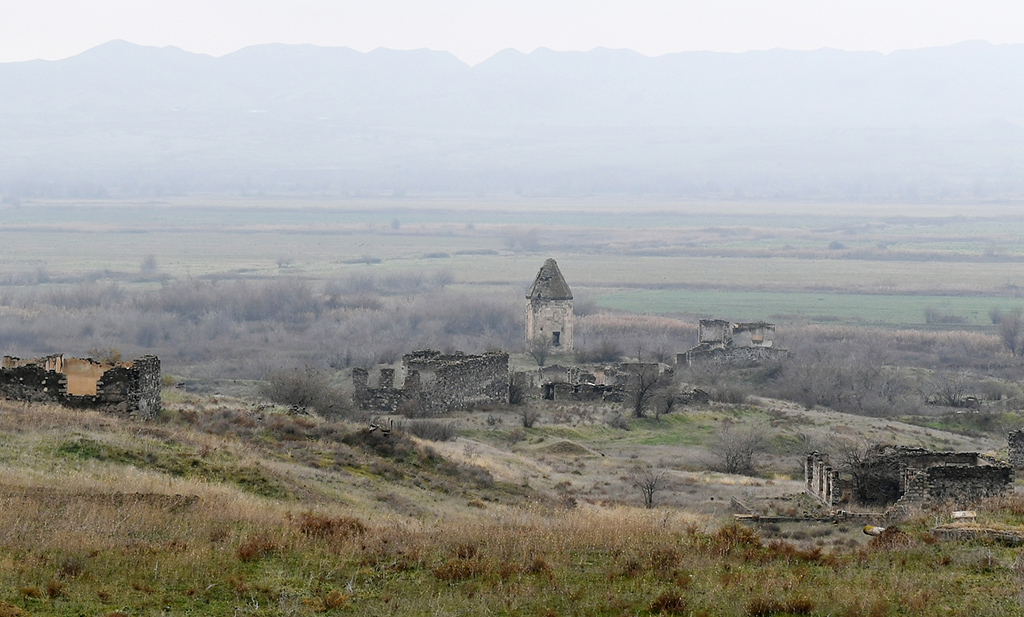 The attitude of would-be returnees – many of whom fondly recall their previous, non-“smart” form of small-scale agriculture – is another variable.

After the war, the government announced that it was conducting a major survey among displaced people to find how many are interested in returning to the region and what they would like to do there; results of the survey have not yet been made public.

But Bakhtiyar Aslanov, a researcher and national coordinator for Germany’s Berghof Foundation, and himself a displaced person from the first war, said attitudes on the “smart village” concept appear to be changing.

"In the beginning, people were uncertain about the idea, partly because the concept is new to Azerbaijani society, but also because most were imagining their homes just like they left them 30 years ago," Aslanov told Eurasianet.

Many of the displaced are concerned that the government is planning to allot them smaller plots of land than the ones that they had fled a quarter century ago, a fear that is fed by news about the “smart village” system, Aslanov said.

"To resolve that, government agencies responsible for the planning of ‘smart villages’ need to provide the public with detailed, in-depth information and welcome public discussion" about the issue, he said.