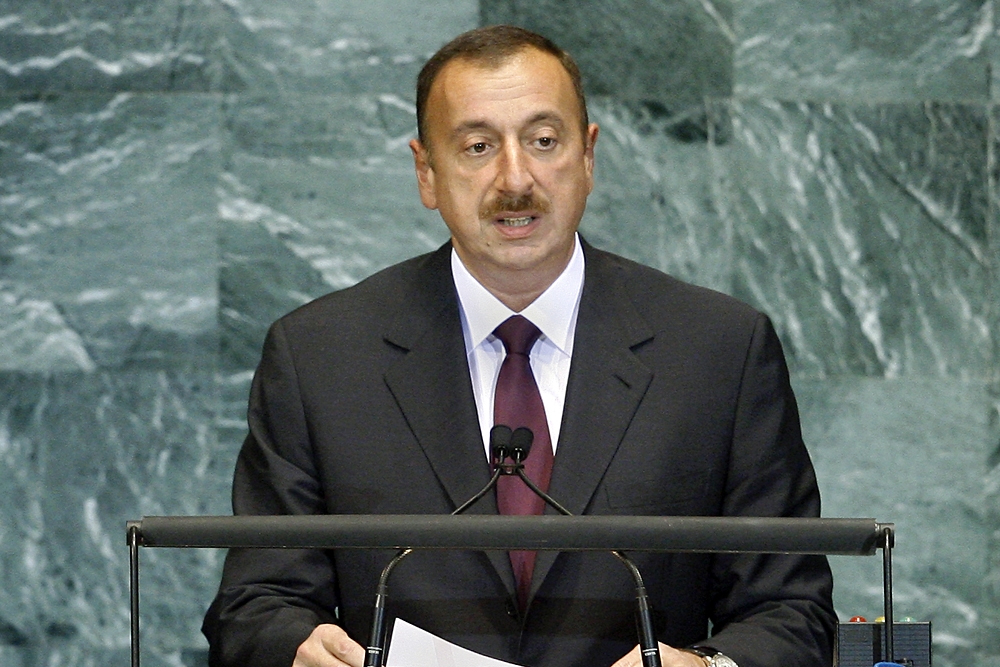 Azerbaijani President Ilham Aliyev was once dubbed corruption’s “Person of the Year” by an organization of investigative journalists. But to many Azerbaijani citizens, he is seen as more trustworthy than the courts, recent survey data shows.

In opinion surveys conducted over the past four years by the internationally funded Caucasus Research Resource Centers, Azerbaijani respondents routinely have indicated they have more faith in President Aliyev than in the judicial system -- a result that has troubling implications for the rule of law in Azerbaijan. In the absence of impartial justice, those seeking redress for wrongs often believe their best course of action is to appeal to Azerbaijan’s 52-year-old president himself. This tendency reinforces the country’s drift in an authoritarian direction, as it imbues Aliyev with an all-powerful aura, and casts him as an individual higher than the law.

Fifty-eight-year-old pensioner Peri Jamalova is among those petitioners. Since April she has been trying to get the Ministry of Justice to enforce a court decision ordering her ex-son-in-law to pay alimony to her daughter, the mother of two children. “We have a decision from the Supreme Court. But he still can avoid it,” she complained one day, while trying to reach officials via an internal phone in the ministry’s waiting area.

With no one picking up the line, Jamalova turned to a man in charge of receiving public complaints. He gave her still another telephone number. Again, no one answered. “That’s how they lie all the time,” grumbled another woman in the waiting room. “Those phones are never answered.”

Jamalova, who scrimps by on a monthly pension of only 132 manats (about $170 ), does not blame President Aliyev for the bureaucratic morass. A letter to the president will resolve the situation, she believes, because he grew up in a family of politicians. “He is a very kind person. What happens in the country is not his fault. It is the fault of corrupt officials that my granddaughters cannot get” financial help from the alimony due to their mother, she said.

The extent to which the president ever answers these letters is not known. The presidential administration did not respond to EurasiaNet.org’s requests for comment. The Ministry of Justice also did not answer queries in time for publication.

To some analysts, the polling data concerning public trust in Aliyev is probably misleading. Given the robust official adulation of Aliyev’s father, the late President Heydar Aliyev -- who ran Azerbaijan from 1969-1982, and in the post-Soviet era from 1993-2003 -- many Azerbaijanis are inclined to mask their public opinions of Ilham Aliyev, they contend. Aliyev’s reelection in 2013 to a third five-year term, with over 84 percent of the official vote, is a reflection of a propaganda machine that works to elevate the Aliyev clan, they add.

What is more certain is that the courts are not esteemed by citizens as impartial. International observers routinely blast Azerbaijan’s courts for corruption, cronyism, incompetence and lack of independence from the president’s office. In a 2012 poll by the Caucasus Research Resource Centers, 1,829 respondents tended to echo those sentiments, with 32 percent expressing complete or partial distrust in the courts.

Annecdotal evidence suggests Aliyev occasionally responds to appeals from the public. But the answers that do come from the president’s office reportedly are non-committal and tend to refer petitioners to yet another government agency, starting another run-around.

The apparently slim chance of a response does not seem to discourage letter-writers. Fifty percent of the respondents in the 2012 CRRC survey said that they believe that the government should act like a parent toward citizens.

Legal expert Tural Hajibeyli, who formerly assisted with pro-bono consultations as part of a local project run by the Lawyers’ Committee for Human Rights, a local non-governmental organization, noted that a large number of those who requested assistance wanted help with writing a letter to the president before taking a case to court.

He did not know of any cases when the letter had had the desired result.

The government, for its part, claims that, in keeping with a 2006 presidential order, it is eager to modernize Azerbaijan’s judicial system, and even, according to Justice Minister Fikrat Mammadov, to increase its independence.

But proposed upgrades have little to do with the law itself, and have more to do with style than substance; constructing modern court buildings, upgrading IT, and increasing the number of judges and facilities for judicial training. For now, that leaves little chance that disgruntled Azerbaijanis will start to turn to the courts rather than to the president for justice.