Azerbaijan releases imprisoned journalist who had been abducted from Georgia

Afgan Mukhtarli was freed after nearly three years in prison. His rendering from Tbilisi drew attention to the clout that the authoritarian Azerbaijani government wielded in neighboring Georgia. 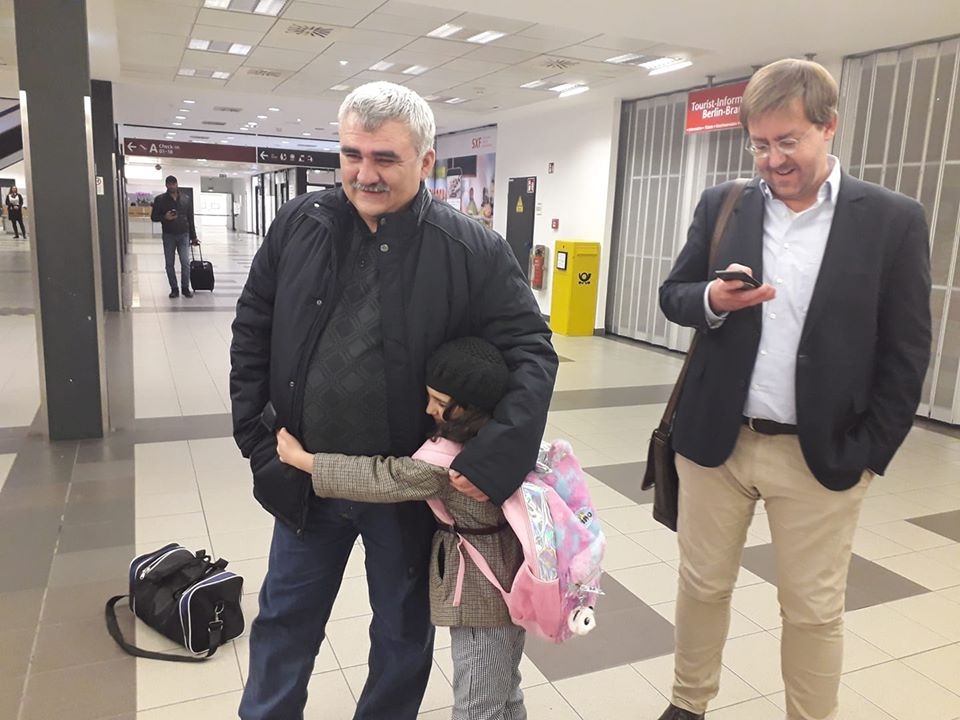 Azerbaijan has freed a journalist who was the victim of an alleged conspiracy with the Georgian government to silence an outspoken reporter.

Afgan Mukhtarli, a reporter with the Azerbaijani service of RFE/RL, had spent nearly three years in prison after disappearing from Tbilisi on May 29, 2017, and reappearing the next day in a jail in Baku. The episode prompted a massive outcry internationally and particularly in Georgia, where it was seen as an unprecedented abuse of the country’s sovereignty by Azerbaijan’s repressive government.

Mukhtarli was released on March 17 and put on a plane to Germany, where he reunited with his wife, Leyla Mustafayeva, a fellow journalist who tirelessly fought for her husband’s release. Mustafayeva suggested in comments to the Organized Crime and Corruption Reporting Project that Mukhtarli has been effectively banished from Azerbaijan.

In an interview with the news agency Turan, Mukhtarli said various European officials had been negotiating his release since the fall. He said he believed that his release was moved forward so that it could take place before coronavirus-related flight restrictions could complicate his departure.

And he said no deal was reached with the Azerbaijani authorities to defang his reporting. “No, there was nothing about softening criticism, any taboos on any themes,” he said. “The only thing they told me is that in my criticism I shouldn’t resort to insults and abuse, but I don’t ever do that to anyone.”

Like many other Azerbaijani journalists and activists, Mukhtarli and Mustafayeva had escaped the repressive environment in Azerbaijan to neighboring Georgia, where they continued to work as journalists. After his arrest Mukhtarli said, via his lawyer, that he had been walking to a grocery store in Tbilisi when he was attacked on the street by Georgian-speaking assailants, blindfolded, forced into a car, and driven to the Azerbaijani border. At the border, he was picked up by Azerbaijani-speaking men and driven on to Baku.

That Azerbaijan is Georgia’s single largest investor and its strategic partner added to the suspicions that the Georgian government connived or even colluded in the abduction.

The incident touched off a wave of anger and embarrassment across Georgia. Journalists and activists rallied around Mustafayeva’s search for answers to what happened to her husband. Some TV hosts and reporters wore bags over their heads in solidarity with the couple. One Georgian journalist said that the abduction marked the creation of a “corridor of torture” between Georgian and Azerbaijan.

Criticism for both Azerbaijani and Georgian authorities poured in from around the world. The Georgian government, far more vulnerable to international and domestic criticism than the authoritarian regime in Azerbaijan, denied involvement in the arrest but ended up firing a number of border police and intelligence officers.

International media advocacy groups and activists welcomed Mukhtarli’s release, but highlighted the plight of dozens of other government critics who remain jailed on political grounds in Azerbaijan.