The surprise move comes amid an economic crisis and negotiations over a new deal with the EU. 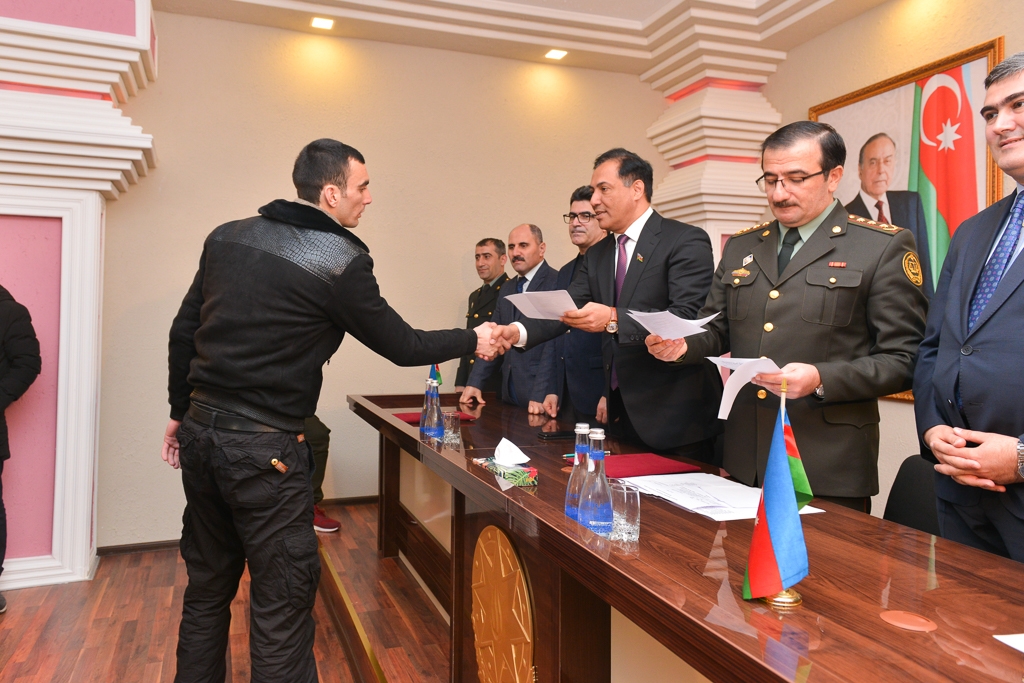 Nijat Aliyev, editor of the independent news website Azadxeber, receives a pardon at Prison No. 2 in Baku on March 17. (All photos by Eurasianet)

Azerbaijan President Ilham Aliyev has pardoned over 50 people widely considered to be political prisoners, an unprecedented move that observers are struggling to interpret.

As has become a tradition to celebrate the Nowruz holiday, Aliyev pardoned more than 400 people. But unlike previous pardons, this one included a large portion of those considered by human rights groups and international watchdog organizations to be political prisoners.

Among those released March 17 included two deputy chairpersons of the opposition People’s Front Party of Azerbaijan; members of a youth group who had been sentenced to 10-year terms for spraying graffiti on a statue of former president Heydar Aliyev; religious activists from the Shia stronghold of Nardaran; journalists; and a former minister of health who has been in prison for 12 years.

The mass pardon was interpreted variously. Some saw it as a sign that internal and international pressure on the government was working; others as a sign of Aliyev’s genuine intent to reform his deeply repressive government.

“I think that the Azerbaijani people have shown their strong will and the organizers of this struggle have achieved their goal because they have shown a consistent and principled position,” one of the released prisoners, Gozal Bayramli, told Eurasianet.

Bayramli, a deputy chairwoman of the People’s Front, was arrested in May 2017 and accused of smuggling $12,000 in undeclared cash across the border. She denied the charges and said she was being targeted because of her political views. “As long as the government does not tolerate people's political views, there will be strong conflict in society,” she said.

Azerbaijan’s continuing economic crisis, international isolation, and growing public discontent have forced the government’s hand, said Arastun Orujlu, a political commentator and former counterintelligence officer. “The systemic crisis in Azerbaijan and social and economic tensions in the country have reached a peak,” he told Eurasianet, adding that the government is ready to make “compromises.”

“This is actually a message from the government. But can they be trusted? This will be made clear as time passes.”

One ongoing source of pressure is negotiations with the European Union over a new comprehensive bilateral agreement; the next round of negotiations on the deal is scheduled to be held on April 4. The EU has consistently pressed Baku for human rights reforms, including for the release of political prisoners, as part of a deal.

The EU called the pardon decree a “welcome step,” but added in a statement that it “expects that further similar steps will follow in future in line with Azerbaijan's international commitments.”

Similarly, Amnesty International welcomed the move but with caveats. “It does little to change the overall landscape of repression in Azerbaijan,” Levan Asatiani, the group’s senior campaigner for South Caucasus, told Eurasianet.

Pro-government commentators, meanwhile, interpreted the pardon as a sign of strength. “The revolution in the country is being realized from above. We can call this the ‘White Revolution’ and its architect is Ilham Aliyev,” wrote Rauf Arifoglu, the editor-in-chief of the newspaper Yeni Musavat.

“The president did not release the political prisoners because his power has weakened,” wrote Eynulla Fatullayev, editor of the news website Haqqin. “On the contrary, his power is as strong as ever.” Fatullayev interpreted the move as a victory over more conservative forces in the government and said that since the start of 2019 Aliyev has taken a “new course toward economic liberalization,” citing a crackdown on corruption, nepotism and monopolies, as well as reforms in taxes, customs, and banking.

Arifoglu cited a similar timeline. “In the last 75 days, President Ilham Aliyev has carried out such revolutionary changes that could only happen in an entire presidential term,” he wrote.

But some observers thought the reforms, including the pardons, are only cosmetic.

“The government understands the necessity of reforms, but they also see at least two threats in this,” Orujlu said. “In a country with economic freedoms, the power of the government decreases. This is a long-term danger. There is also short-term danger: any real reform can cause a shock. Under this condition, real reforms would be suicide for the Aliyev government.”