The European Court of Human Rights ruled that the government at the very least failed to properly investigate the violation of her privacy. 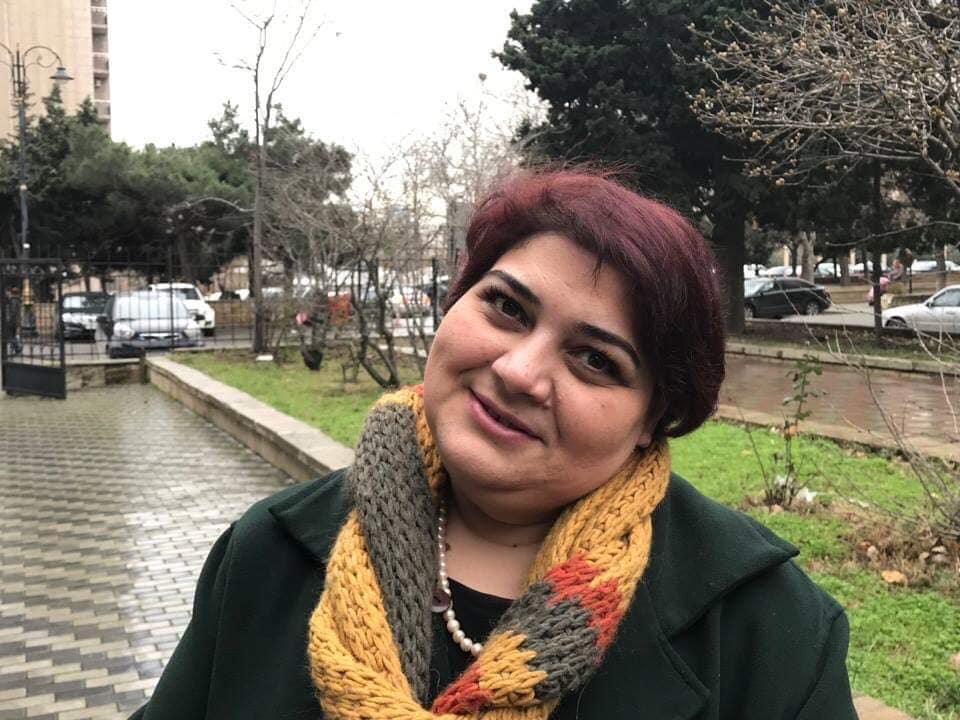 The European Court of Human Rights has ordered Azerbaijan’s government to compensate corruption-busting reporter Khadija Ismayilova for its failure to investigate attempts to blackmail her with sex tapes. Ismayilova hailed the January 10 ruling, but does not have high hopes that it can help alleviate the roughshod treatment of journalists in Azerbaijan.

The government “may even double down,” Ismayilova told Tamada Tales.

Ismayilova, a legend in the world of investigative journalism*, has faced everything from prison to character-assassination campaigns, all seen as retribution for her internationally acclaimed investigative work on one of the most repressive governments in the world. In 2012, secretly recorded tapes of her sex life were posted online, prompting international outrage.

Ismayilova maintains that the leak was part of an unrelenting effort to smear and intimidate her, and that the authorities continue to vilify her on state-run media today. “Every day my picture is shown on TV [followed] with ridiculous claims of betrayal of the motherland, serving foreign powers and Armenians,” said. (Azerbaijan regards neighboring Armenia as its sworn enemy.)

“Sometimes I feel they just use my face as a filler on TV. Whenever there is a talk of traitors, they just show my face, without even mentioning my name,” said Ismayilova, who is under a court-ordered ban against leaving the country until 2021.

The sex tape scandal began in 2012 when Ismayilova received an envelope with intimate photos of her, apparently taken inside her apartment. The photos came with a warning to “behave” or be disgraced. Ismayilova at the time was investigating a likely corruption scheme potentially involving the family of President Ilham Aliyev. She pressed on with the investigation and soon videos of her and her partner having intercourse were posted online.

The incident sparked an international outpouring of support for Ismayilova. The blackmailers’ strategy also backfired domestically, as the apparent calculation that exposing an unmarried woman having sex would result in public shaming in the culturally conservative, Muslim country fell flat.

“I got support from groups of different views, from the religious to atheists,” Ismayilova wrote on Facebook following the announcement of the court ruling. “They stood up for moral values and human rights, showing that the people of this country are more progressive than the government.”

Sensing little enthusiasm from police to investigate her case, Ismayilova began her own investigation with the help of her friends and colleagues, including Afghan Mukhtarli, who was subsequently imprisoned and remains behind bars today. She found that her apartment was bugged and she shared her findings with the police. Still, the official investigation went nowhere.

Ismayilova eventually filed a complaint with the European Court of Human Rights (ECHR) in Strasburg in 2014. She accused the Azerbaijani authorities of having a hand in recording the tapes or, at the very least, refusing to effectively investigate her case, thus compromising her right to privacy and freedom of expression.

The ECHR said in its judgement that the direct involvement of Azerbaijan's government could not be proven “beyond reasonable doubt,” but the government did fail to “investigate acts which had been an affront to Ismayilova’s human dignity.” The Azerbaijani government thus failed to meet its commitment under the European Convention of Human Rights to protect citizens’ rights to privacy and freedom of expression, the court ruled.

The court ordered Azerbaijani authorities to provide Ismayilova compensation of about 17,000 Euros. Ismayilova said she expected the government to be reluctant to comply with the ruling but that she would push for them to do so. The government did not immediately react to the ruling.

The verdict was praised by international rights groups. “Khadija has been finally delivered a sliver of justice,” said Levan Asatiani, regional campaigner for Amnesty International.

*Ismayilova is a former contributor to Eurasianet and is a friend of Giorgi Lomsadze. Lomsadze is a journalist based in Tbilisi, and author of Tamada Tales.