But just as Azerbaijani troops were entering the territory, however, it emerged that the new road that was the purported reason for the handover would not be ready for another week. 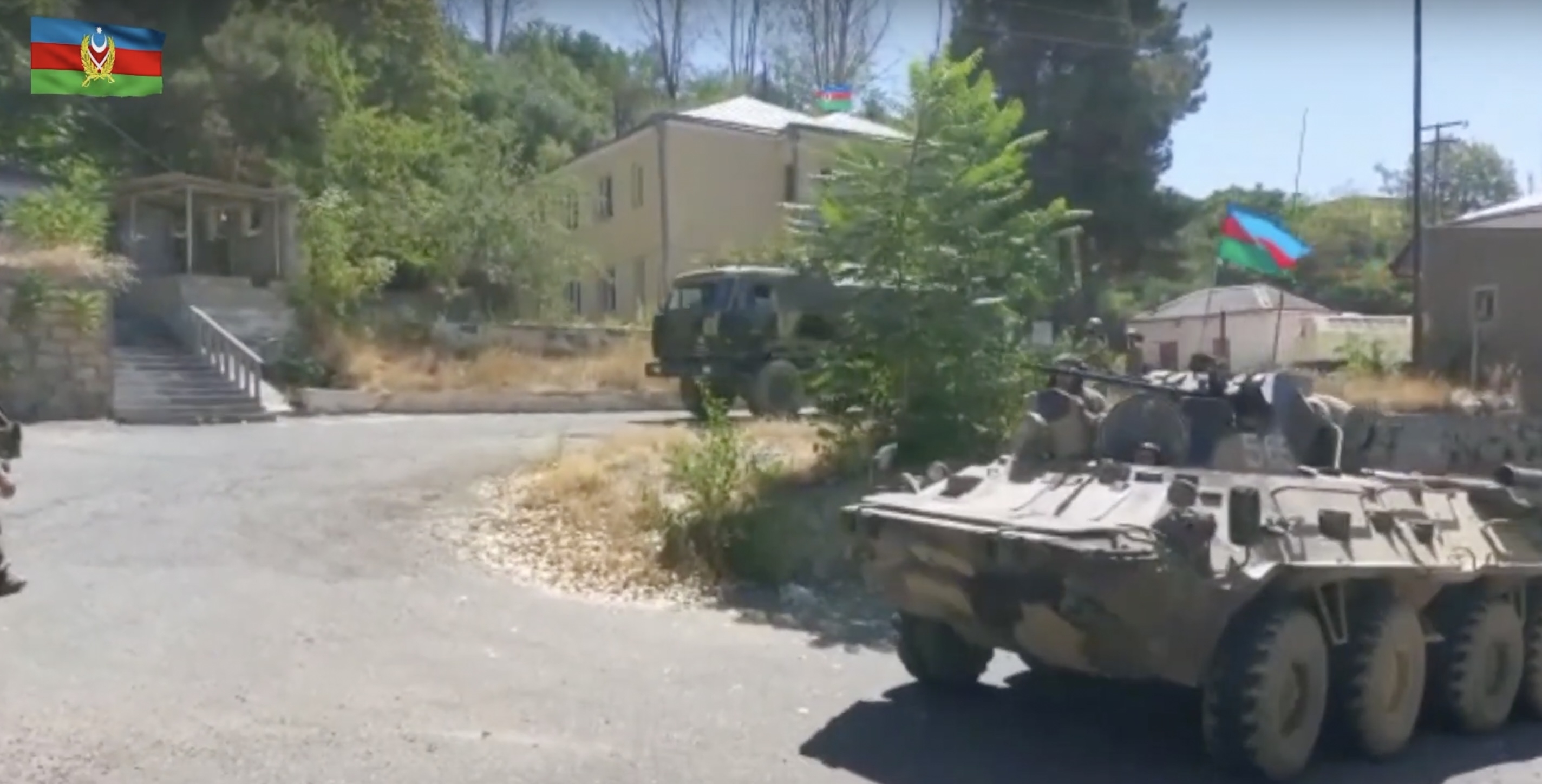 Azerbaijani forces have taken control of three additional territories in Karabakh, even as the opening of the new road that was the reason for the handover – the new “Lachin corridor” – has been delayed.

The three territories lay along the current route of the Lachin corridor, the road that connects Armenia to Nagorno-Karabakh. The ceasefire agreement that ended the 2020 Second Karabakh War stipulated that a new Lachin corridor would be built and in early August, as Azerbaijan said that the new road was “near completion,” the de facto Karabakh authorities gave residents of the villages along the road an August 25 deadline to leave.

But on the day of the deadline, both sides reported that the new road had been delayed: Karabakh’s de facto Interior Ministry announced that the current road would function until August 31 and would be protected by the Russian peacekeepers.

Both sides said the issue was a segment of less than five kilometers that should be ready in the coming days.

The head of Azerbaijan’s highway administration said that the 10-kilometer section of the road that lay on Armenian territory had not been completed. “At the request of Karabakh Armenians, Azerbaijan built a connecting section of 4.8 kilometers,” said the official, Saleh Mammadov, chair of the Azerbaijan State Agency of Automobile Roads. He said the new road would be ready “in the coming week.”

Despite the road construction delay, Azerbaijan’s defense ministry released a video of troops entering the district capital of Lachin on August 26.

One eyewitness who traveled from Armenia to Nagorno-Karabakh on August 26 told Eurasianet that Russian peacekeepers were still in the process of dismantling their checkpoints along that road, while Azerbaijani troops were visible in Lachin, though they did not appear to be attempting to control the traffic.

Also on August 26, Azerbaijan’s state energy company announced that its workers had entered the three communities – Lachin, and the villages of Zabukh and Sus – to start restoring power infrastructure there.

The lead-up to the handover of the three communities was chaotic and emotional, as the more than 400 Armenian residents were given mixed messages and then a tight deadline to leave their homes. The territory had been settled by Armenians after they took control of it in the first war between the two sides in the 1990s, with most coming from Armenia and some from Armenian communities in Syria and Lebanon.

One of the provisions of the 2020 ceasefire statement was that a new Lachin corridor would be planned “within the next three years” and that when it was, the Russian peacekeepers that had protected the old route would shift to that one, allowing for Azerbaijani forces to take control.

But in early summer, Azerbaijan reported that it was already close to finishing construction of its portion of the road, and began exerting pressure on Armenia to finish its side.

One village in particular – Zabukh, which Armenians call Aghavno – became a cause célèbre among Armenians for its efforts to rebuild after the 2020 war.

Some defiant Aghavno residents vowed to resist orders to evacuate. But as the deadline approached and the Azerbaijani takeover became inevitable, all the residents left. While Aliyev has promised to treat the long-term Armenian residents of Karabakh as its citizens, he branded the remaining Lachin residents illegal settlers and demanded that they leave.

The de facto Karabakh government promised to give residents money to buy a new home elsewhere, and in the final days ahead of the deadline began cutting off utilities like power and water.

Days ahead of the deadline, one Aghavno resident noted that even the church in Lachin was being dismantled: “If they are taking even the crosses, it means that there is no way back.”