Baku has been increasingly airing public criticisms of Moscow over the post-war order, which have been exacerbated by the lack of a formal mandate for the Russian peacekeepers in Karabakh. 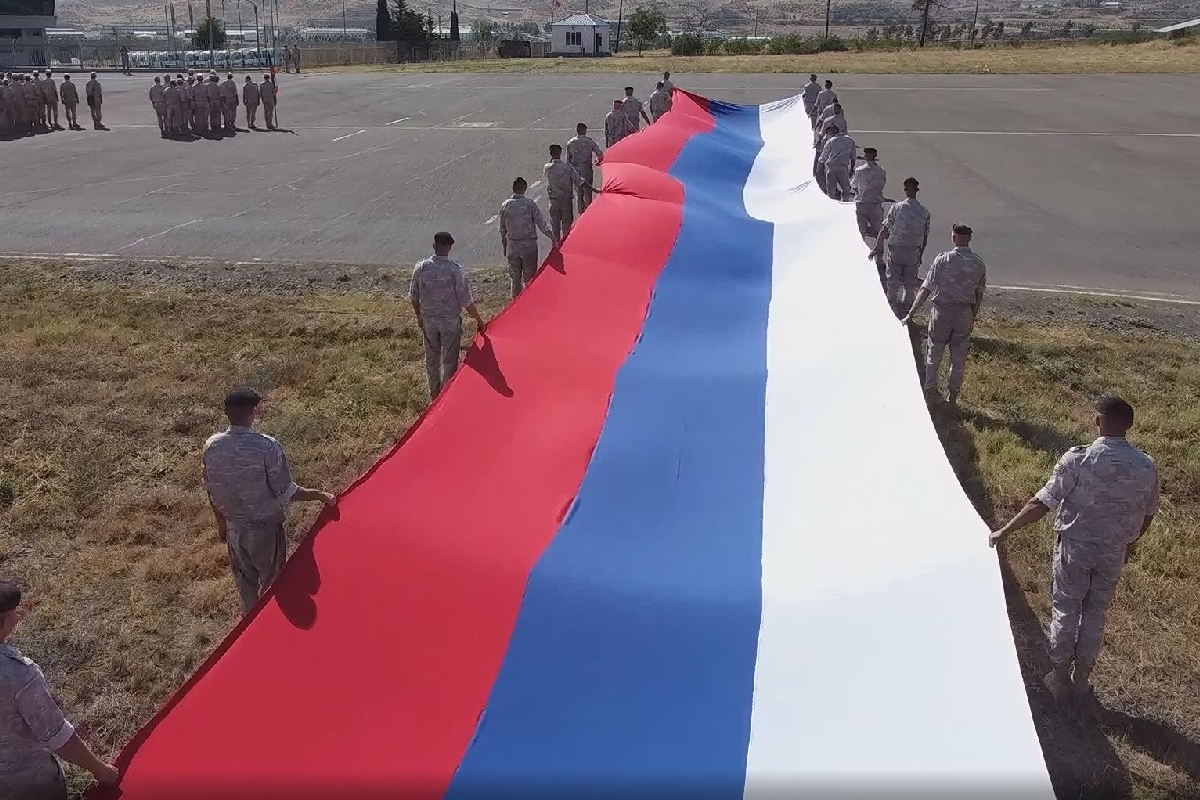 Azerbaijan’s relations with Russia, the broker of the ceasefire agreement ending last year’s war with Armenia, have hit another rocky patch.

Azerbaijan’s relations with Russia have been in flux since the latter diplomatically intervened to end last year’s fighting. The ceasefire that Russian President Vladimir Putin helped negotiate cemented Azerbaijan’s victory, but it also allowed for the presence of 2,000 Russian peacekeeping troops on what is internationally recognized as Azerbaijani territory and allowed the Armenian-backed de facto Nagorno-Karabakh government to continue to control part of its territory.

While Azerbaijan saw those developments as in opposition to its strategic goals, President Ilham Aliyev has nevertheless portrayed the agreement as marking “the end of the conflict” and the “restoration of Azerbaijan’s territorial integrity.” Putin, meanwhile, has said that the status of Karabakh in fact remains undetermined.

This disagreement over the fundamentals of the conflict has spilled over into several minor controversies over the past month.

Most recently, Azerbaijani media unearthed an announcement for a Russian government tender for servicing the peacekeeping contingent that used the term “Nagorno-Karabakh Republic.” That name is anathema to Baku, which considers the self-proclaimed government to be an illegitimate occupant of its territory.

Azerbaijan’s Foreign Ministry formally complained to its Russian counterparts. Ministry spokesperson Leyla Abdullayeva said that the Russian side explained that the phrasing was a “technical mistake” and would be fixed soon. As of the time this piece was posted it remained online.

That episode followed a complaint on August 11 by Azerbaijan’s Ministry of Defense about repeated ceasefire violations in Karabakh. The MoD statement said that Armenian military posts had been newly set up in Karabakh, in the areas of Mukhtarkand and Shushakand (which Armenians call Mkhitarashen and Shosh, respectively).

Though Azerbaijan has long objected to the presence of Armenian troops in Karabakh since the end of the war – the ceasefire statement called on Armenian forces to withdraw from the territory – this was the first time Baku implicated the Russian peacekeepers.

“In accordance with the provisions of the tripartite statement, the Russian peacekeeping forces must put an end to the deployment of Armenian armed forces in the territories of Azerbaijan where they are temporarily stationed,” the statement read.

Two days later, the Russian peacekeeping forces reported that the Azerbaijani side had violated the ceasefire, firing at the direction of what they called “Nagorno-Karabakh armed units” – contrary to Azerbaijan’s description of them as having been deployed from Armenia. This statement also was unprecedented; it was the first time the Russians have blamed a specific side for a ceasefire violation.

That all, in turn, followed another diplomatic dispute between the two sides. Nationalist Russian member of parliament Vladimir Zhironovskiy gave an interview to a Russian radio station on July 30 in which he commented controversially on events in Azerbaijan.

“Ilham, you will have the territory you want, but no one has a right to look at Russian soldiers askance! You understand me?” Zhirinovskiy told the interviewer. “And he understands perfectly well that he will lose his post, there is a dictatorship there, it’s full of opposition forces there. If Biden wants to, he will be overthrown within two weeks. And only we can save him, as we saved Pashinyan.”

Azerbaijan’s Foreign Ministry reported that it summoned the Russian charge d’affaires and expressed “concern and protest in connection with the insulting and biased statements against the Azerbaijani statehood and the country's leadership”, which it believed would damage “the spirit of strategic partnership between the two states.”

Zhirinosvky’s comments also sparked even stronger objections on Azerbaijani social media, with many saying the government’s response was too weak.

Isfandiyar Vahabzade, a professor of philology and former ambassador, released a half-hour tirade on YouTube criticizing the Azerbaijani and Russian governments and broadly insulting the entire Russian nation. In response, the Russian government barred Vahabzade from entering Russia for the next 50 years.

Azerbaijanis also have objected to recent exercises that the peacekeepers have held in Karabakh. One was training Russian soldiers to defend themselves against drones – one of the keys to Azerbaijan’s military success in last year’s war – and the second, more controversial, was a course billed as “basic training” for young Armenian residents of Karabakh.

Though analysts in Azerbaijan hesitate to call the frequent disagreements a crisis, they say the continuing spats could escalate ahead of the critical date of 2025, when the term of the Russian peacekeeping force is set to expire and Baku will be able to veto its extension.

The controversies are exacerbated by the lack of a formal mandate for the peacekeeping mission, in contrast to Russia’s other peacekeeping missions around the post-Soviet space. Russia has been repeatedly pushing for Baku and Yerevan to sign a formal agreement, but it has been held up by demands by Azerbaijan that are unacceptable to the other parties, the International Crisis Group wrote in a June report.

One of the key sticking points is that Azerbaijan is demanding formal control of the Lachin corridor, a road that connects Armenia with Nagorno-Karabakh, as well as an acknowledgement of its sovereignty over Nagorno-Karabakh itself.

There may be movement on the mandate issue, however: On September 5, Hikmat Hajiyev, Aliyev’s senior foreign affairs advisor, told BBC Azerbaijani that discussions are ongoing on “additional legal mechanisms” concerning the mandate of peacekeepers.

One Baku-based analyst, who asked not to be identified, told Eurasianet that Zhirinosvky’s comments about Russian soldiers were sanctioned by the Kremlin as a response to Baku’s demands on the mandate. “The Russian position is that it has an ongoing mission in Karabakh, and it is not going to tolerate any questions challenging this mission,” the analyst said.

Ahmed Alili, an analyst at the Caucasus Policy Analysis Center, also saw the mention of the peacekeepers as the most important part of the Russian MP’s comments. “He says you can take as much territory as you want, but do not dare touch Russian soldiers,” Alili told Eurasianet, adding: “this implies Russia is fine with potential Azerbaijani military advances in Karabakh as long as its [Russia’s] army remains” in Karabakh.

These controversies between Azerbaijan and Russia are temporary but they will likely intensify as the 2025 deadline approaches, Alili said.