Azerbaijan: Russia Stopped Us From "Breaking Armenia's Resistance" in 2016 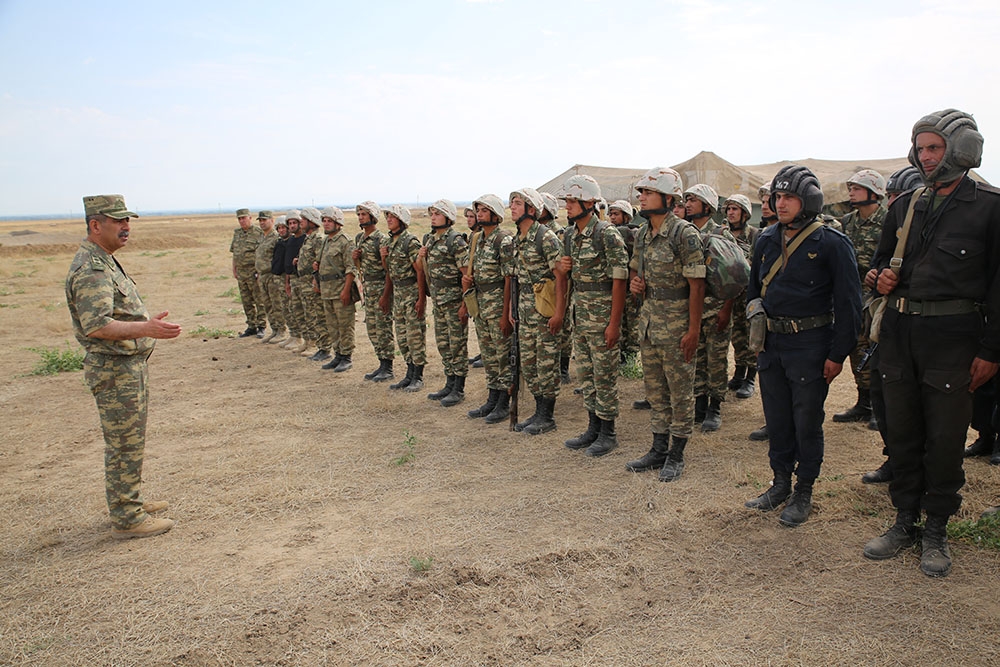 While some Russian behind-the-scenes role in stopping the fighting had been known, Defense Minister Zakir Hasanov provided some new details and suggested that Azerbaijan would have made more military advances if not for Moscow's involvement. Hasanov made the comments in an interview with RIA Novosti, his first-ever interview with foreign media.

Through its membership in the Collective Security Treaty Organization, the Russia-led security bloc, "Armenia has made other countries hostages to their provocations," Hasanov said. "They know that if no one intervenes in the situation, they wouldn't last for three days. This is what happened in April 2016. If they hadn't stopped us, the resistance would have been broken. In 40 minutes we ran over the lines of defense that the enemy had been building for many years." The fighting last April was the worst since the two sides signed a ceasefire in 1994, killing at least 200 people and further hardening the distrust on both sides.

Armenia "already on the second day" of fighting last April appealed to Russia to intervene, Hasanov said. As a result, Russian Defense Minister Sergey Shoigu called him, he recalled. "He said 'this business' had to stop, the leadership of the countries were going to talk about it." A similar call was made by the chief of general staff of the Russian armed forces to his Azerbaijani counterpart, Hasanov said.

Assuming this account is true, the intriguing, missing bit of information is why Azerbaijan acceded to Russia's requests to stop its offensive.

One area of leverage that Russia enjoys over Azerbaijan is the arms trade, as Baku has been heavily arming itself with largely Russian weaponry. In the interview, Hasanov said that the muti-billion-dollar deal that Azerbaijan signed with Russia a few years ago is nearly complete, with 90 percent of the arms shipped to Baku already and the bill entirely paid up.

Azerbaijan is continuing to look at new options for weaponry, he added, suggesting that Baku will continue to buy weapons from other countries while maintaining its Soviet/Russian-legacy base: "We're placing a priority on maneuverability, increased striking power, and more precision strike. I'm not going to go into details," he said. "We're now further studying several models of weapons, inquiring, testing. Buying arms is a multifaceted issue. From the one side, you need to diversify, on the other hand variety creates problems in servicing. It's a very difficult question."

It should be noted that Azerbaijan-Russia relations have been going through a bit of a rough patch, with Russia shutting down an Azerbaijani diaspora association in the country and publicly criticizing Baku for discrimination against Russian citizens of Armenian descent. Meanwhile, a Russian citizen is on trial in Baku for going to Karabakh. So things are pretty in flux, making it hard to guess how Russia might act next time there's a flareup over Karabakh.