A number of recent personnel moves, softened rhetoric and positive statements suggest a new willingness in Baku to reach out to Armenia’s new authorities. 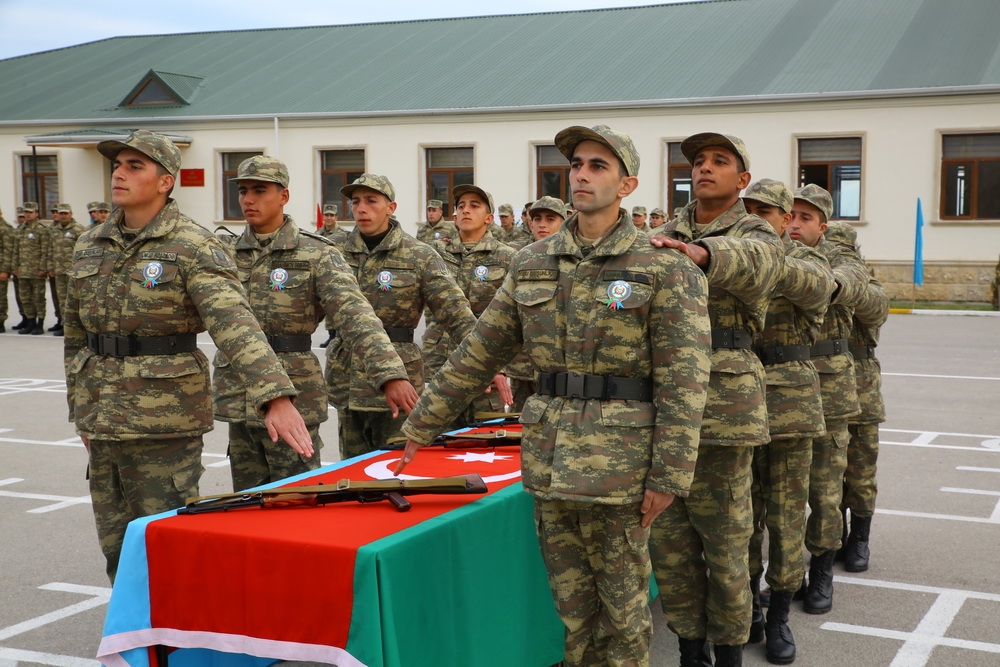 With a new government in Armenia, there is an increasing level of optimism in Baku that, after years of stagnation, there is finally potential for progress in resolving the conflict between Armenia and Azerbaijan.

Senior Azerbaijani officials have been making unusually positive statements in recent weeks. In December, President Ilham Aliyev tweeted that “The year 2019 will give a new impetus to the Armenia-Azerbaijan Nagorno-Karabakh conflict settlement process.” Also in December, following a meeting with his Armenian counterpart, Foreign Minister Elmar Mammadyarov said that “we have reached a mutual understanding for the first time in a long time.” It was not clear in either case what specifically prompted the optimistic remarks, but they both attracted attention as a markedly positive rhetorical shift.

There also have been personnel reshuffles in Baku’s foreign policy apparatus that suggest an increased willingness for dialogue on Baku’s part. In late December, a young diplomat, Tural Ganjaliyev, was chosen to head the government’s organization representing Azerbaijanis displaced from Nagorno-Karabakh, replacing an older official widely regarded as incompetent and unable to effectively represent the organization.

That followed the appointment in September of Hikmet Hajiyev as Aliyev’s chief foreign policy adviser. While Hajiyev earned a reputation for his aggressive broadsides against Armenia in his former position as spokesman for the Ministry of Foreign Affairs, within Baku foreign policy circles he is known as a quietly moderate voice willing to reach out to Armenians. (Hajiyev and Ganjaliyev did not respond to Eurasianet’s requests for comment.)

All of this appears to be a response to the new regime in Armenia and its ouster of former president Serzh Sargsyan. Sargsyan was a Karabakh native and war veteran who was seen in Baku as the personification of hardline Armenian positions on Karabakh, the territory that is internationally recognized as part of Azerbaijan but which has been controlled by Armenian forces since a war between the two sides in the 1990s. The coming to power of Prime Minister Nikol Pashinyan, to many in Baku, is an opportunity to break out of the impasse in long-stalled negotiations over a resolution to the conflict that would return some sort of Azerbaijani control to the territory

“The Azerbaijanis appear to be giving Pashinyan and his team a bit of slack to see if that improves things," Tom de Waal, an expert on the Caucasus at the think tank Carnegie Europe, told Eurasianet. "It is fairly small steps so far and all quite reversible, but within the context of recent years, quite positive.”

“The change, with a new young elite coming to power, sparked hope in many segments of the Azerbaijani public for genuine, result-oriented dialogue and negotiations,” wrote Baku-based analyst Zaur Shiriyev in a recent article in the journal Caucasus Edition. “The majority of the public and the leadership in Baku believe that the previous Armenian government benefited from the legacy of the Karabakh war, whereas the new leadership is more open and has officials who bring experience in peace building. There is an opportunity for building trust in order to move forward on conflict resolution.”

There have been noticeable, if still modest, advances in relations in recent months. Pashinyan and Aliyev meet briefly in September and agreed on a new communications channel; since then international monitors have noted a marked decrease in ceasefire violations along the front lines. The two sides have softened their public rhetoric against one another, and their foreign ministers have met three times in the last six months and are scheduled to meet again at the end of January. “Obviously these exchanges create an opportunity for advancing the negotiations process,” said Leyla Abdullayeva, spokesperson for Azerbaijan’s Foreign Ministry, in response to written questions from Eurasianet.

The moves in Baku appear to be partly motivated by a worry that it needs to keep up with the new government in Armenia, which has become an international darling thanks to the charismatic Pashinyan and his team of young reformers.

The appointment of Ganjaliyev, in particular, is believed to be connected to Pashinyan’s attempts to bring the Armenian de facto authorities in Nagorno Karabakh into the conflict resolution negotiations as a third party; currently the negotiations are only conducted between the Armenian and Azerbaijani governments. Baku has rejected these attempts, claiming that the Karabakh authorities are illegitimate and puppets of Yerevan. Azerbaijan instead intends to put forward Ganjaliyev’s group – formally known as the Azerbaijani Community of Nagorno-Karabakh Region of Azerbaijan Republic – as a counterpart to the Armenian-led de facto Karabakh government.

“Now Azerbaijan felt probably the need more than before for someone who represents this community more professionally and diplomatically,” said Fuad Chiragov, a foreign policy analyst at the Azerbaijani government-run think tank Center for Strategic Studies, in an interview with Eurasianet. “His appointment is a sign that Azerbaijan is ready to start supporting community-based dialogue as part of wider ethnic reconciliation. So in this respect, the appointment of Tural Ganjaliyev can be considered as a response to recent positive developments in the dialogue between Armenia and Azerbaijan.”

This outreach, however, is taking place alongside another trend in strategic thinking in Baku: that Armenia’s declining relationship with Russia – its nominal ally and security guarantor – may create opportunities for Azerbaijan to take diplomatic, and possibly military, advantage. In his paper Shiriyev, the Baku-based analyst, surveyed Azerbaijani foreign policy officials and experts, asking “Would the deterioration of relations between Armenia and Russia create opportunities for Azerbaijan?” Sixty percent of respondents said “yes.”

In a recent interview, former Azerbaijani foreign minister Tofig Zulfugarov argued that “Russia, weighted down by its own problems, made ever worse by sanctions, will likely get rid of the political burden that Armenia represents […] in these conditions, with no interest by Armenia in negotiations, the lack of serious efforts by mediators to intensify negotiations, the danger of a renewal of military action is very high.”

In the weeks since his appointment, Ganjaliyev – a 37-year-old foreign ministry official and Karabakh native – has been a frequent presence in Azerbaijani media and an active tweeter. For the most part he has stuck to common Azerbaijani talking points about the illegitimacy of the de facto Karabakh authorities. But he also has emphasized “people-to-people” contacts with Armenians in Karabakh. "Unfortunately, Serzh Sargsyan's regime in Armenia did not allow such a dialogue,” he told Azerbaijani media. “We hope that we will establish contacts with the Armenian community and begin constructive dialogue in the new stage during the settlement of the conflict.”

It's not clear to what extent the authorities in Yerevan and Stepanakert will reciprocate this outreach. In response to a query from Eurasianet, the de facto Nagorno-Karabakh Ministry of Foreign Affairs pointed to a statement in a recent interview by Masis Mayilyan, the de facto foreign minister, where he said, "I believe that no party should create obstacles, if representatives of public organizations of refugees from Artsakh, Azerbaijan and Armenia decide to discuss their problems.” (Artsakh is the Armenian word for Nagorno-Karabakh.)

While Ganjaliyev’s appointment may be in part a tactical move, it may also suggest “a renewed attempt at engaging in genuine dialogue beyond the rhetoric of aggression and threats that have so long poisoned the well of the peace process,” said Richard Giragosian, a Yerevan-based analyst. “It is still too premature to invest too much optimism in this move, although any step toward engagement and dialogue must be welcomed.”